Strike Fighters Project One was announced quite a while ago, and quickly became what I like to call the “Great Jet hope”. At first it seemed a bit of an enigma, but as time moved on we came to realize that it was to fill a long-standing void in simulations. Here was a sim to portray the glamorous era of the fighter pilot. The 60’s and 70’s! The F-4 phantom, the F-104 Starfighter, and the ubiquitous MiG series of aircraft. While holding our imagination with these fantastic aircraft it also offered the promise of true air to air combat without the frustrations of attempting to learn the intricacies of more modern aircraft and the weapons systems which they include. As most of us know, sims like Janes F-18 and Falcon 4.0 require serious study and huge investment of time in order to enjoy them. SFP-1 looked to bring the “fun” back into simulation while captivating us with aircraft which have become nothing short of legendary in mankind’s pursuit of flight and air combat.

SFP-1 has nothing short of a what I would call a checkered and colorful history even though it’s still a fresh product on retail shelves. I’m not going to go into the sordid details of the “Wal-Mart” release and the ensuing flurry of activity surrounding that. I’m pretty sure that if your reading this you are well aware of what happened. I could do a whole article on that subject alone! That’s not my job here. What I will do is review the sim as it stands, several months after release and one patch.

Most everyone reading this knows about or owns EAW, European Air War. Its a classic in the true sense of the word. It’s one of the defining flight simulations and has stood the test of time. One of it’s prime developers was Tsuyoshi Kawahito. We all know him as “TK” for short. TK is obviously very passionate about flight sims. His attention to detail and dedication to combat simulations is proven. A quick glance at his resume also includes Jane’s Longbow II, another classic in the rotary wing arena, and one of my all time favorites by the way! TK heads Third Wire Productions and they are responsible for this effort along with Strategy First as the publisher here in the U.S. 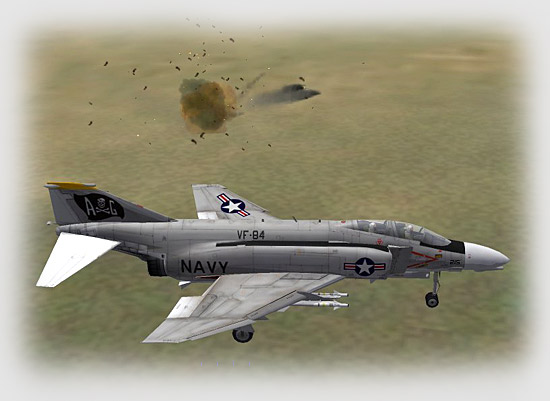