As we approach the coast I watch in disbelief as a missile arcs up in front of me. Seeing the relative motion and noting that my missile light and tone aren’t warbling I can tell the missile isn’t aimed at me. Indeed, the unfortunate target is one of the F-15C CAP fighters. He doesn’t stand a chance and the missile blows him apart without even a chance to eject. 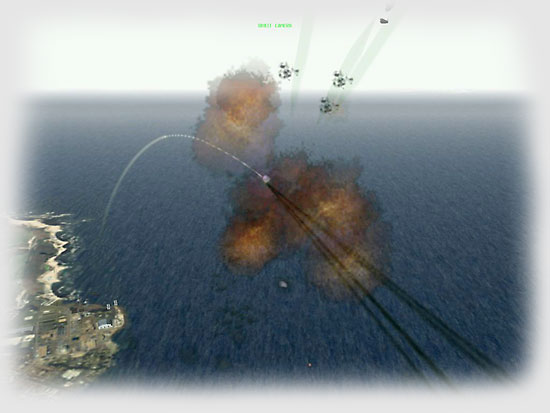 A minute later the beach flashes by again and I’m over the Yellow Sea, feet wet! I take a glance at my fuel gauge and still see a fat 8200 pounds. 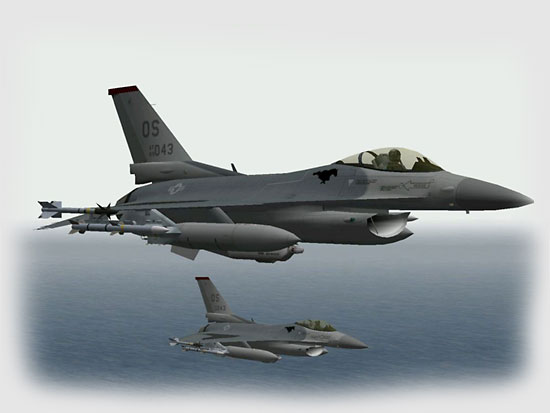 As we gain distance from the enemy coast I let our altitude climb slowly and order my wingmen into arrowhead formation for the flight home and they are soon in position off my wing. 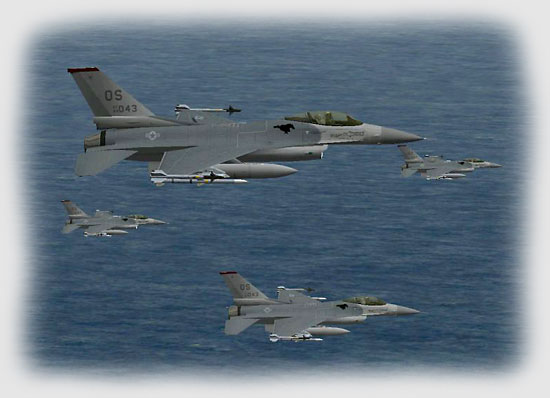 I keep calling AWACS for a threat update and eventually they come back with two different flights.