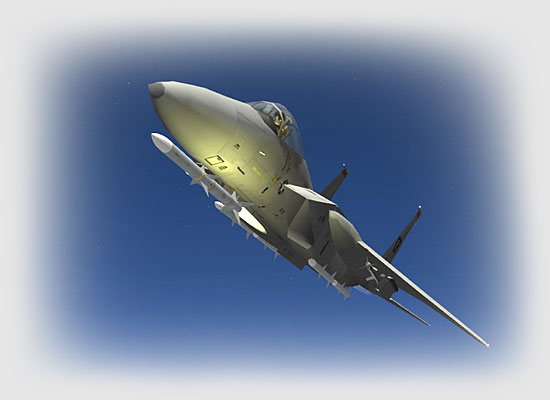 The use of missiles to kill an airborne foe at distances outside the range of the human eye. This term has existed in the realm of air combat for quite some time. The ability to actually carry it out, at least on a regular and reliable basis, has not. The definition is simple. The actual execution is rather more complex. The history of air-to-air combat is not a long one. Only in the last twenty years or so has the technology existed to shoot down another aircraft at ranges considered outside the “visual” arena. Normally, engaging a target outside of about 15 miles would be considered a BVR fight. It can happen at much greater distances, but tactics and weapons will dictate the actual ranges at which the kill takes place. The technology exists today for reliable, accurate, and effective BVR combat. Missile and radar electronics are robust and lethal.

The real problem comes with tactics, command and control, and positive identification. The most difficult of these is obviously one of identification. How can we be sure the aircraft we are shooting at is a bad guy? This is a tough problem but it’s not insurmountable.

BVR combat has been the goal of aircraft and weapons designers since the dawn of the radar guided missile. Some time after the Korean War it became possible to shoot down aircraft outside of the visual arena. The Cold War drove technology at a furious pace and the development of the SAM (surface-to-air missile) helped to accelerate the air-to-air aspects of radar and missile technology simultaneously.

During the late sixties and early seventies it became evident that BVR engagement of aircraft was a very desirable and possible goal. With the advent of the cruise missile it became paramount to have the capability to shoot down multiple targets at long ranges outside the visual arena. Development of high power and accurate long-range radar has given us the ability to realize this concept. The development of the F-14 Tomcat and the Phoenix missile as a pure BVR platform is a prime example. The F-14 was designed to protect the carrier battle group from attacking bombers and cruise missiles with engagement ranges of 100 miles! We don’t need to get into nitty-gritty detail on the history and development of radar and missile technology. It’s actually rather boring. I am betting the reader has at least a rudimentary knowledge of how radar works and the current state of the art when it comes to long range air-to-air weapons.

The object of this article is to introduce the concept and talk about how one can be successful in this arena. Also some tips and comments on how to succeed in LOMAC will be provided.

As I mentioned earlier, one of the really huge problems with BVR combat is how to identify friend from foe. Shooting down friendly aircraft is something to be avoided at all costs. There are many layers of complexity involved in making sure you kill the bad guy — and not your wingman. Tactics and procedures help to minimize the threat, and electronics back up the tactics. The use of IFF (Identification Friend or Foe) is used to ID targets. Also, geographical coordinates and flight patterns can be used to distinguish good from bad. IFF is nothing more than a transponder that is interrogated and replies with a specific code. If the code is correct, it’s a friendly. If not, lock and load. Most of the time there will be very descriptive Rules of Engagement (ROE). The ROE will drive the type of engagements. True BVR fights on a large scale are not likely in this day and age. With the demise of the Soviet Union, it’s not likely we will see huge air-to-air battles in the near future. There has historically been very little true actual hostile BVR air-to-air at all. Most of this has taken place as small engagements with few aircraft. That won’t change in the near future.