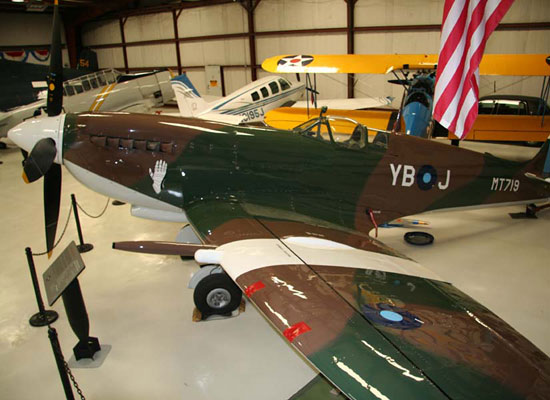 Every aircraft in the facility looks new, painted and buffed to high gloss. Across from us was a Spitfire that appeared to be painted in the RAF’s far east livery, it’s blue roundels out of place between the US Navy aircraft parked around it.

It was about this time that I met our pilot, Mike Burke. We would have to work fast. The very aircraft we were there to study was due to move out that day for an air show in Corpus Christi, Texas and then on to Florida. The Cavanaugh’s aircraft appear at air shows all over the nation, displaying the talent and dedication of the staff to appreciative air show patrons everywhere. While Scott and I were working, the staff themselves were preparing for their travel arrangements for air shows in Texas and Florida, doing last-minute preparations of aircraft and confirming the staff that would be going.

“This isn’t just going to help for the Flying Tigers title,” Gentile explained as we gingerly unpacked our gear and began attempting to mount high-resolution video cameras in the cockpit of the Warhawk, “these are Allison engines, so it’ll work for P-38s or anything else that was powered by one of these.” 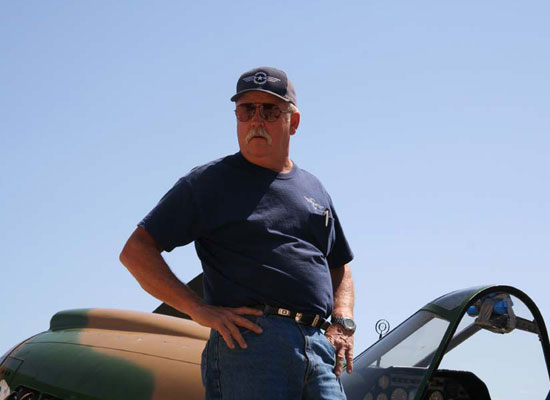 I asked Burke if it was possible for me to crawl on to the other wing of the aircraft, opposite Gentile to get some better pictures of what he was doing. Burke graciously assented, but suggested I remove my Lehigh steel-toed, US Fish and Wildlife Service-issued footgear. So, in sock feet, I took a ladder and got on the wing of this beautiful beast.

Everywhere in the hangar are immaculately-kept pieces of aviation history. The attention to detail and loving care paid to these flying treasures is evident in their condition. Everywhere you look is an aircraft that either flies or probably could if they wanted to take the risk of even letting it out of a hangar. Most of these aircraft are priceless and rare.