“What The Hell Is THAT?”

Scott and I were waiting for Mike’s return and the final sound and video recording in flight, and while we were, we met one of the volunteer tour guides, Joe Cieliesz. Joe was an Army Aviator who’d served as a Huey pilot in Vietnam and then had gone on to fly the civilian version of the US Navy Sea King for an air taxi service in San Francisco. We were batting the breeze when we heard the familiar coughing of an engine to life. We’d heard it all morning from various business aircraft. Addison was a busy place. 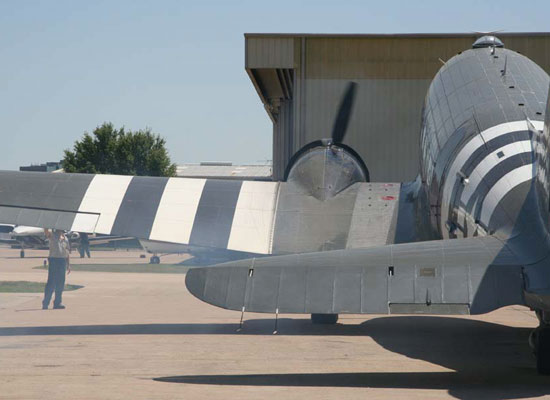 But this was different, this was louder. Much louder. Scott grabbed his recording equipment and I made for the door with my Canon. Crossing around the corner of the hangar, I was greeted by the sight of an immense C-47 with both engines spooling up and beating the air with their gargantuan propellers. The sound was very reminiscent of the rhythmic beating the V-22 Osprey made when it passed over my boyhood home in nearby Rio Vista, Texas during its flight test phase of development.

I hunkered down and began snapping pictures while Scott fired up his recording equipment and pointed the umbrella at the now-taxiing C-47. One of the Cavanaugh’s pilots was getting a check ride in the behemoth. The museum uses it to carry gear and staff to air shows and it would be accompanying the Warhawk to Corpus Christi that afternoon. While outside I also snapped a few shots of a flyable Sea Fury in RAN livery, an aircraft built by my cousins across the pond that I regard with more beauty than the Spitfire. 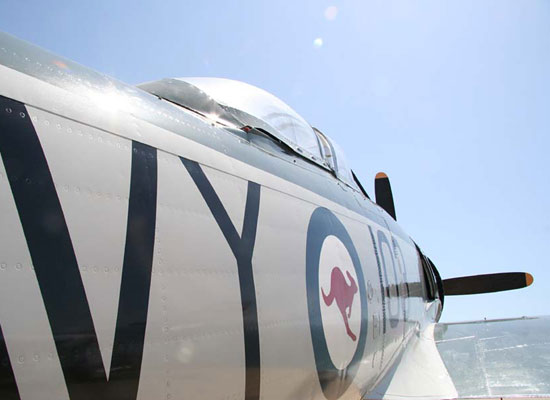 After the C-47 had already headed for the active runway, I went back inside. Cieliesz touched my shoulder and remarked that he’d love to stay and see what we were up to but,

All that left was the test itself, so we sat down at a table. It was time to talk to Scott about the sim itself.