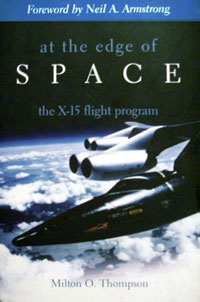 Inspiration comes in many forms. When I was a kid my first exposure to aviation was sitting at a fence at an Air Force base in Korea and watching with awe as a U-2 spy plane took-off and climbed away into the stratosphere. Since that time I’ve collected and devoured hundreds of military and aviation books. Years later I would discover another source of fascination when I encountered my first PC flight simulator (1983 – Jet). Over the years the relationship between a good book and a good PC game has solidified and I find myself time and again reading a book and then, inspired, firing up a sim or game that mirrors the account I have just read about. This will be the first in a continuing series of articles that look at some of those book/sim relationships.

One aspect of aviation that I’ve always been fascinated with were the early x-plane rockets that flew in the 25 year period starting in the mid-40s through the late 60s. Iconic figures such as Chuck Yeager, Neil Armstrong, Joe Walker, Pete Knight, and Scott Crossfield zipped across the high deserts of the desert southwest strapped into fantastic vehicles that pushed the limits of knowledge and technology. These men (pilots and engineers) worked hard, played hard, and contributed vast volumes of data that expanded our knowledge of flight and paved the way for future air and space vehicles. Among the most ambitious of these programs was the X-15 flight program. We are offered a unique insight into the X-15 program by X-15 pilot and author Milton O. Thompson in his fantastic book “At the Edge of Space: The X-15 Flight Program”.

We are also fortunate to be able to try our hand at flying some of the X-15 flights using the free flight/space simulator Orbiter with the Project X-15 add-on module. Both the main program and the add-ons are free and offer us a fairly good representation of what flying the X-15 must have been like. 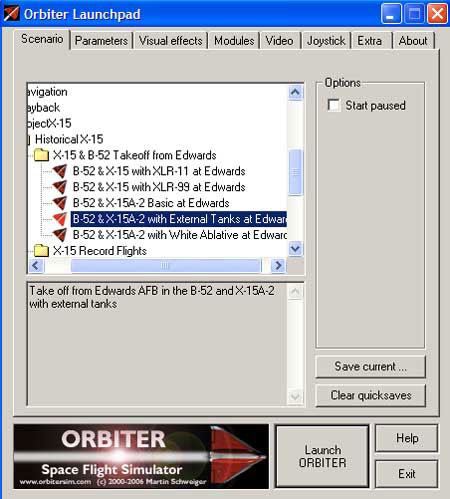