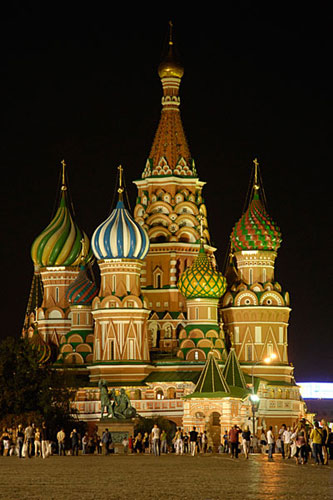 The World Has Become a Smaller Place

If you don’t believe that, consider the following: Only 15 years ago, I would have been captured and vanished to never been seen again — or just simple shot on sight for being at the then Top-Secret Flight Test Center of the world famous TSAGI Aerodynamics Institute at Zhukovsky Air Field. Even entering the town next to it was impossible for most Russian citizens.

Since then however, this large air base (featuring the longest runway in Europe with a length of 5.4 km) has become the location of choice for the bi-yearly held Russian Air and Space Exhibition, a commercial event that in its scale and importance is quickly catching up to western European shows like Le Bourget or Farnborough. And these days, it’s not all that problematic for visitors from other countries to attend, albeit I’d recommend taking the trip as part of an organized tour since there is plenty of paperwork and red tape to handle. After all, Zhukovsky is still an active military and civilian flight test center of the Institute, which nowadays has also formed a partnership with a lot of western aircraft companies.

Thus, security is still reasonable tight, anti-terror measures (bag screening, metal detectors…) are strongly enforced, but the show itself, as you will see, is absolutely worth the effort.

Re-Awakening of the Bear

Recent international headlines saw an increase in Russian military activity all across the globe. From the territorial claims at the North Pole, to the restart of long-range bomber flights across international waters, resistance against the US ABM Shield in Eastern Europe and the reactivation of the “Admiral Kuznetsov” aircraft carrier. All these items are meant to project a new found Russian strength towards the west and to the domestic population. Rising prices for their crude oil, gas and other raw material exports have made this possible, and the Russian economy is thriving.

With that in mind, it is no wonder that the 2007 show was centered on Russian aircraft and companies, with all western exhibitors finding themselves together in just one single hall, and the flying display having only the Patrouille de France and one F-15 Demonstration as familiar programs. But truth be told, no one comes here to see the western planes anyway — it’s all about watching live for the first time those Flankers, MiGs and other OPFOR aircraft we’ve come to love as “targets” in our flight sims.

Considerations for a Visit

The exhibition was held from 21st to 27th August, starting with four “business days” closed to the general public, and three open days where everyone can attend. The problem is, “everyone” means more than half a million people from all over Russia. So to enjoy the three kilometer long static display on both sides of the smaller runway, as well as the exhibition halls, it’s strongly recommended to get in as part of a business or press trip. Most travel agents offering special interest tours can arrange that. You’re going to need at least two days anyway to have a decent chance of seeing most that is offered. Tickets are fairly expensive by Russian standards — 1500 Rubles or about 45 USD a day — so booking the full show would cost you almost 300 USD.

One resulting problem is that the flying program varies slightly between show days, and it’s almost impossible to get hold of a detailed list, so if you’re looking for one special aircraft or helicopter, it’s a bit of a hit-and-miss affair. In my case, I missed the Kamov Ka-50 Alligator flying which I had hoped to capture for our resident Black Shark addicts. But as you will see, we did not miss all that was shown regarding Eagle Dynamics “Black Shark”.

‘Swastika in the Gunsight: Memoirs of a Russian Fighter Pilot 1941-45’ by Igor A. Kaberov Page 2

A Visit to the Russian Bear Page 2

A Visit to the Russian Bear Page 4

A Visit to the Russian Bear Page 5

A Visit to the Russian Bear Page 6

World in Conflict: First Impressions Page 6
A Visit to the Russian Bear Page 2