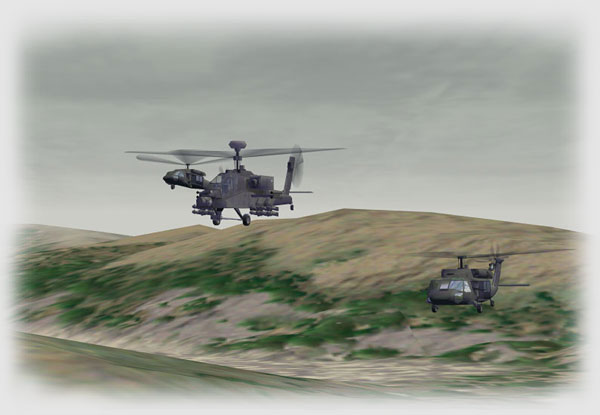 When I saw that guod had posted a topic in the SimHQ Jane’s Longbow forum about wanting to do a ‘Second Look’ article on Longbow and/or Longbow 2, my head started racing. I have much experience with this series, especially with LB2. I did think that I would like to do an article, but didn’t want to tread on anyone’s toes. You see, I haven’t been a member of the SimHQ forum for as long as some, so I thought that someone else with more ‘experience’ here would rather take the lead. Well, after a bit of discussion, I got the go-ahead. I’ve never written a piece as long or as in-depth as this before on a web site, so we’ll see how it goes. I hope I don’t bore you, but I’ve tried to include as much detail as possible without being too technical regarding real-life military hardware data. I hope you will enjoy this article, and I hope that you may even learn something from it!

When it was first released in 1996 on the DOS operating system, I doubt the makers of AH-64D Longbowenvisaged the success of their top-notch helicopter combat sim. Of course, helicopter sims had been done before. Apache sims had been done before. This time however, fans of the genre were given something never before seen. An ultra-realistic, graphically sophisticated (for its time) Apache Longbow sim. Gone were the days of flat-shaded terrain, inanimate explosions and ‘box’ models. Now we could enjoy detailed, textured terrain, realistic-looking explosions and half-decent vehicle modeling. Avionics had been generously modeled on their real-life counterparts, and you could get a totally new sense of realism and tension as the cockpit displays lit up and the warning tones went wild as enemy missile systems launched at you.

The first thing you notice when you pick up the box, is that the box itself is a stunning piece of art. It features a real-life Apache photo on the cover, as well as photos on the back of the box and in-game shots, as well as detailed info on the game. You swing out the front cover flap to reveal even more eye-candy, this time with detailed real-life information on the Apache and its weapon systems from the game maker’s consultants, Jane’s. Let’s take a look inside. You may of noticed before now that this particular box feels pretty heavy compared to other game packages of the time, that’s because there’s a whopping great manual inside. Spiral-bound so you can find a page and leave it open, this is another masterpiece in its own right. Every aspect of the game is detailed in full, with real helicopter performance tables, techniques and vehicle and weapon info. No page is wasted, and you will find yourself keep coming back to this manual throughout your playing of this sim.

Once you’ve read through the manual, installed the game according to the install guide, and had a quick glance at the key chart you’ll be ready to go. Oh yeah, and at this point I should just mention, that nearly every key on the keyboard does something, and sometimes twice over. You’ll need to study the key chart very carefully and try your best to remember vital keys so that you aren’t left being cannon fodder whilst you fumble around trying to turn off the weapon safety.

Once the game has loaded, you will be presented with an outstanding intro video. This sees a couple of Longbows bob-up from behind a hill and waste an entire armored column. The graphics and effects in this video are amazing, as they are for the other videos you’ll encounter on your way through the game. Next, you are presented with an animated menu. It is an airbase with buildings and each building takes you to a different game type such as Instant Action, Single Missions, Campaign, etc. Set up your game options and create a new pilot roster, select the unit you wish to be a part of and a pre-defined callsign. Next, you’ll probably want to jump right into the Instant Action part of the game, which hurls you into the middle of nowhere surrounded by hostile threats. If not already done so, it would be wise now to turn on Invulnerability and Unlimited Ammo until you get wise to everything. 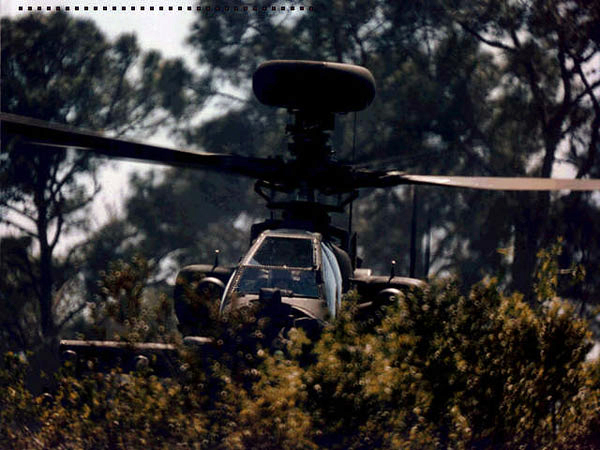 Once in-game, fly around a bit, shoot a bit, and tweak the flight options to suit your skill level. You have the ability to alter every aspect of the helicopter from the flight model to the avionics to the weapon damage. When everything is turned on full, you will be flying the nearest thing to a real Apache as you can possibly get in a computer game. Play around with the controls, press a few buttons, and listen to your very informative co-pilot — who tells you where threats are and such. 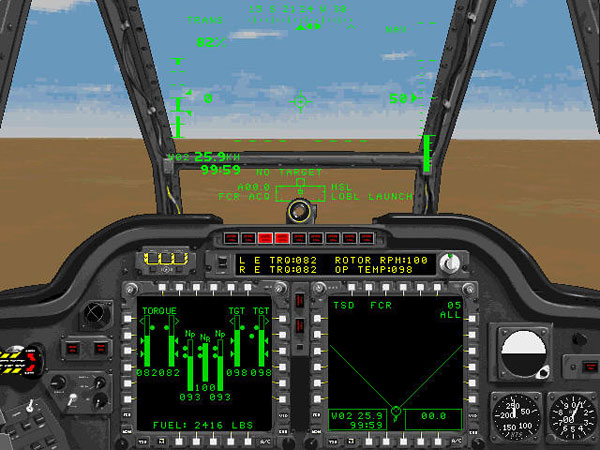 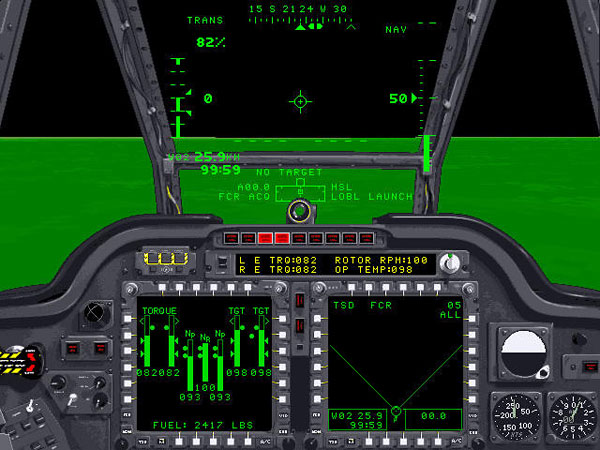 When you’re done, and you will need to get your breath back, head over to the training building for your lessons. Here you will find training for all aspects of the Apache and Longbow. From learning to take-off, hover and fly between waypoints… to mastering the sophisticated array of sensors and even evading missiles. A helpful walkaround is also available which teaches you what all the external parts are.