Winner of the 2007 AirShowBuzz Dream of Flight Contest

What is the Dream of Flight?

It’s the Artwork that hangs between Heaven & Earth.

It was a year of air show triumph and tragedy, daring and disaster.

A year of inspiration, joy, despair, passion, hope, and so much more.

The year was one of painful loss. People and performers and pilots that no one would have guessed would be lost. Friends, compatriots, more.

Certainly not more in one year.

And yet, it happened. We look for inspiration in such troubled times.

We, in the air show community, had to find some hope.

Brad Vaughan gave us hope and it was in the sky.

He had his own losses, his own pain, and he struggled to fill the void.

Somewhere, somehow, he created a work that filled the void and in the process, helped all of us to reach for more.

For a place in the sky.

We reached to touch it for the ride of our lives. And therein we saw a place of dreams.

A place we all wish for but few attain.

This is story of a dreamer. A dreamer and of dreams come true.

It’s a ride for your life and you better hold on tight, because the end has yet to come.

Come along with me now for some of that ride and a glimpse inside one man’s dream that became reality.

I didn’t know Brad Vaughan at the time, but I know a genius-at-work when I see it.

And so it was that when Brad (who those of us on SimHQ know as “AntiGravity”) posted in the Community Hall requesting help from SimHQ members to realize his pursuit of a dream, I wondered what a contest for “The Dream of Flight” at AirShowBuzz was all about.

Sure I thought, I’ll take a look.

After viewing Brad’s entry in the contest, I was awestruck. If you haven’t seen the award-winning video in high definition, take a few minutes to view it before proceeding. Here is the link to the “What is the Dream of Flight?” video.

On July 12th, 2007, AirShowBuzz announced a contest called the “Dreams of Flight”. Entries were divided into three general categories: best video, best photo and best story. Brad’s entry was in the best video category. What then followed were three stages of competition.

The first was a general popular vote of all who cared to watch, see, or read. In the video category there were something like 41 entries to choose from. All of the 41 entries were quality works. Many of them by professional videographers, some with in-cockpit sequences and up-front seating views. It was a very distinguished field. Popular vote would determine the top three of those 41 for the semi-finals.

Brad won the first stage, best video. I couldn’t believe it! Not because I didn’t think he didn’t deserve to win, but because experience says the “best” don’t always win. You know how it is. The heavy hitters win the deal. Well, here Brad wins the first stage.

The next stage was based on judge’s choice. I wondered if they might be influenced by popular vote, meaning the number of views. So again, Brad asked for your support to keep the incoming views and positive comments coming. 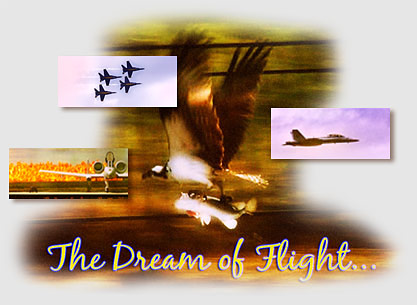 I also asked for community support and our community responded. Like gangbusters you responded. Thank you so much for all you did. I always felt Brad’s entry was the best and said so in the Forums.

When the results came in, once again Brad won! At that point I started to think it might be possible for him to actually win the whole enchilada!

The final stage was again by popular vote. This time between the “best-of-the-best”. The winner would receive the Grand Prize… a new 2008 Toyota FJ Cruiser 4×2. The contest results would be known on January 4th, 2008.

On January 4th we learned Brad won the Grand Prize!

Much of his joy had nothing to do with the winning or prizes. It was more about personal reaction and involvement. About reaching through the Internet to find like-minded enthusiasts that could actually impact the results by viewing and voting for something they thought was worth it.

This time the “little guy” enters and wins-it-all. What are the odds? You would like to think there’s a real chance, but somewhere in your gut you just know you’re saying, “I’ve seen this too many times” before. It won’t happen, but it did. Despite all the terrific competition, Brad won.

But even with all this storied background, there is much you haven’t heard. There are some amazing stories within the story. That’s what we want to present now.

So it is a great pleasure and honor to interview Brad and ask questions about the contest, about him, and about the amazing turn of events.

An Interview with Brad Vaughan Page 2

An Interview with Brad Vaughan Page 4

An Interview with Brad Vaughan Page 5

An Interview with Oleg Maddox

An Interview with Oleg Maddox Page 2