Part I: The Tour Begins

Los Angeles is my home base with Mountain Air Virtual Airlines. That’s why I’m beginning the tour there instead of, say, Moscow. Nassau was a weather alternate during the days when the Tu-114 was flying non-stop from Russia to Cuba. Dakar and Conakry were fuel stops early on in the 114’s career. 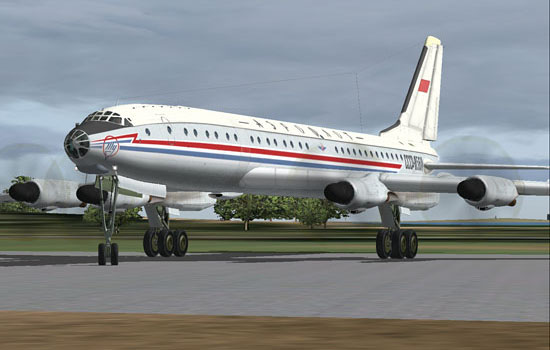 Although the old USSR attempted to demonstrate its unflagging support for its brothers in socialism in the Carribean (read: Cuba) by operating Tu-114 flights from Moscow to Havana, the early versions of the 114 didn’t have enough range. By cutting the usual 170 passenger capacity to 60 and filling the cabin space thus freed up with tanks holding an extra 15 tonnes of fuel, 114s were able to fly the mission (more on that later). Until the long range version was ready, 114s were routed down the west side of Africa, where they made a tech stop enroute to Havana first in Conakry, then later Dakar, and ultimately further north, in Algiers. 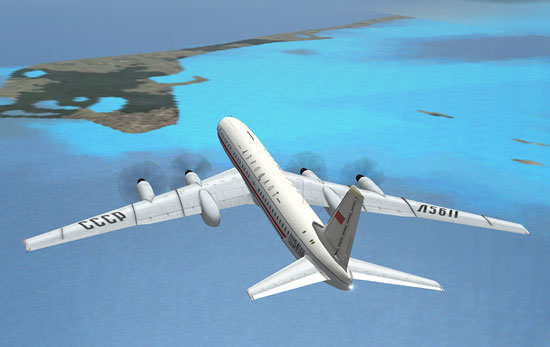 The end of the Bahamas. Next stop: Dakar in Africa, 3200 miles away.

In the days when only science fiction readers knew what a Clarke orbit was, enroute electronic navigation systems were rare and difficult to use. Russia’s CHAYKA system went on line in 1969, followed by the Alpha system in 1972. These systems were analogues of the West’s LORAN-C and Omega, and in fact Omega and Alpha were developed concurrently. 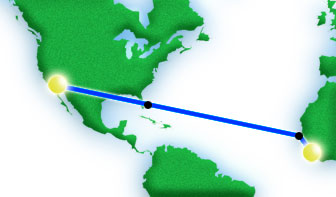 When outside the country, the Tu-114s could utilize LORAN, which had been in existence in one form or another since World War II. Navigation was a very different prospect inside the border. NDBs could be used for short-range navigation (and often still are). There was some HF service, but that was always subject to atmospheric interference. The most enduring and reliable navigation system was the old Mark 1 brain. Every Russian transport flew with an expert navigator, who integrated data from the few electronic sources available and backed it up using data obtained from some very sophisticated and specialized navigation tools.

Much was made in the West of the fact that Russian transport aircraft right up to the 1980s had what appeared to be a glazed bombardier’s station in the nose. Experts declared that this showed that every transport the Russians built was meant to be converted into a bomber. Actually, the window was needed for the navigator to use an extremely accurate drift sight. It was one more piece of data to refine the navigation solution out in the Sibierian boonies.

I never noticed before how much West Africa looks like Delaware from 11,000 feet. Could it be Microsoft just got lazy? Ya think? 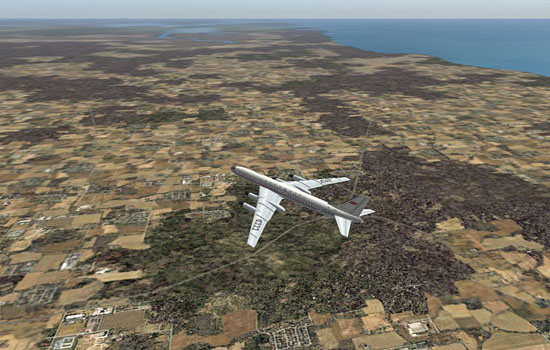 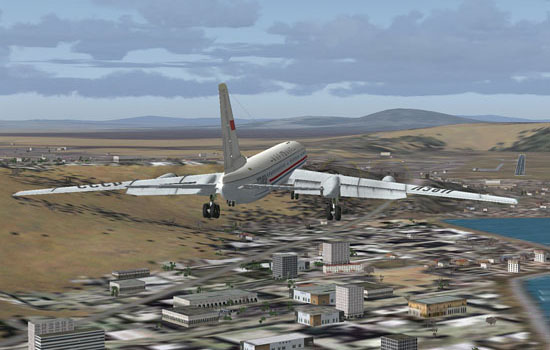 On final to Conakry. Delaware this ain’t.