Yuzhno-Sakhalinsk and Petropavlovsk-Kamchatsky (there’s another Petropavlovsk in Kazakhstan) were two more Aeroflot Tu-114 service cities. Novosibirsk, now the third-largest city in the Russian Federation, was founded in 1893 at the planned crossing point of the Trans-Siberian Railway over the River Ob, and it’s been an important transportation center ever since. 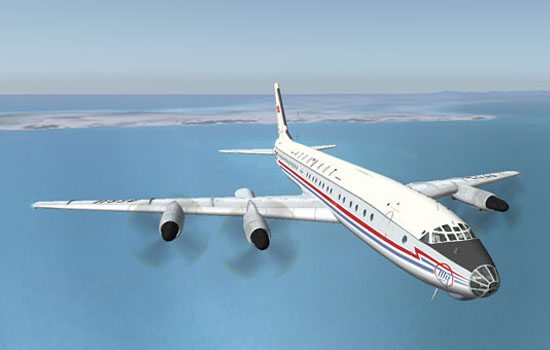 Climbing out over the Sea of Okhotsk.

My sixth grade teacher (herself a Russian immigrant) used to say that if you want to understand how big a place Russia is, think of it as two Canadas stitched together, and not very well. This got a laugh and some knowing looks from the kids in the class, but flying this tour I think for the first time I’m beginning to understand what she really meant.

Russia was and still is ideal for air transport, for the same reason Alaska is: long distances with no infrastructure in between. (Petropavlovsk-Kamchatsky is a perfect example. Like Juneau, you can’t get there by road.) When the 114 was introduced, Aeroflot offered domestic Far East service from Moscow using the Il-14 (the behind-the-Iron Curtain equivalent of the Convair 340), but the trip took more than 27 hours of flying — and that’s not including an hour plus at each stop. The Tu-114 was more than 200 knots faster than the Il-14 and had nearly four times the range. The 114’s introduction had the same effect over there as the advent of the golden-age propliners did in the US. Suddenly, across-the-country travel was not just possible, but practical.

Still…the distance from Moscow to Petropavlovsk-Kamchatsky is only 100 miles short of twice the distance from Washington to San Diego. And Aeroflot provided regular air service — including through the Siberian winter! — using nothing more than rudimentary (by modern standards) navaids and some highly skilled dead reckoning. Amazing. That’s the kind of thing you think about, watching mile after frozen mile roll under the nose.

A storm with thundersnow was working over the field during the approach, but it had moved off by the time I got there. Another arrived a half hour later. I guess it’s considered good winter weather here if it only snows half the time. 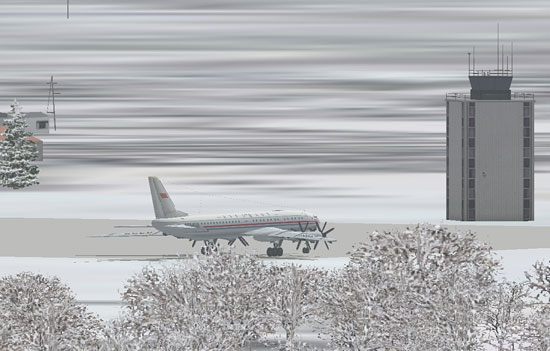 On the cold ramp at Petropavlovsk-Kamchatsky.

So it’s a long way from Moscow to Petropavlovsk-Kamchatsky. How far? How about, so far, it’s almost the US? If you’ve done any flying in Alaska you probably know that Adak Island is two thirds of the way out the Alleutian Chain. Petropavlovsk is closer to Adak than Anchorage is. One more? The island of Attu is ‘way out on the very end of the chain. It’s the same distance from Attu to Petropavlovsk as it is from Chicago to Atlanta — a short CRJ ride away. 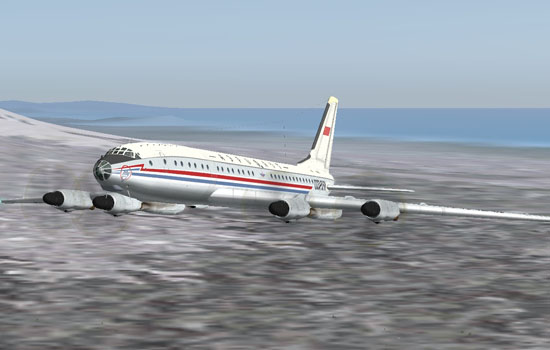 Alaska is back over there.

Somewhere over the vastness between Petropavlovsk and Novosibirsk. Siberia just seems endless because… well, it almost is. 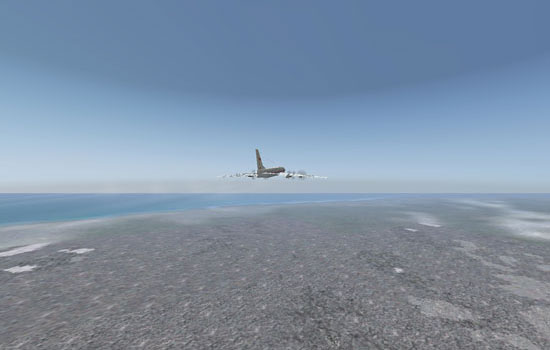