When a plane is damaged in Rise of Flight, it breaks up, tears, grinds, and the wood cracks and splinters. Damage can be as light as a tear to the upper-wing canvas or a cracked-strut, or it may be completely demolished. Ground impact damage varies. Pilots who do not go down in a spiral and are able to feather the plane to earth can receive little or no damage. While I was panning around trying to set-up screenshots, I stayed with one interesting wreckage for nearly 30 seconds trying to achieve just the perfect angle. Right as I was about to grab the image, I heard a “crack!” and saw a flap that had been attached to the downed plane’s lower wing let loose, and one end of it fell to the ground. This was not a plane I was flying. It was not right after the plane crashed. It happened a good 30+ seconds after I had been randomly viewing it. Heaven knows how much else the development team has added like this one incident, but I was impressed at the detail and planning involved to let that one end of the flap fall down to the ground many seconds after the AI plane crashed. Note the partial damage and tearing of the upper wing in the first image below, and the more extensive, various damaging in the other screenshots. 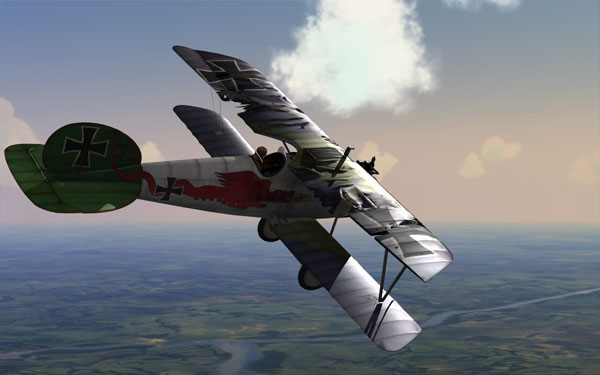 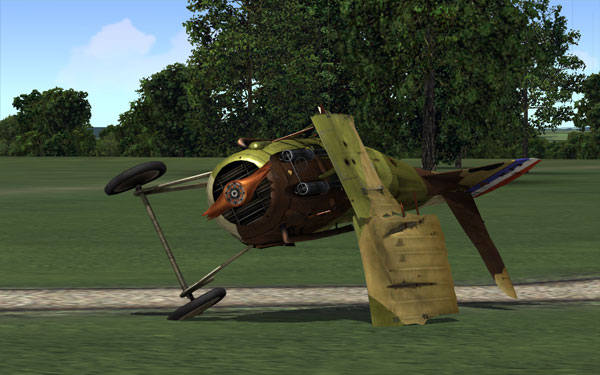 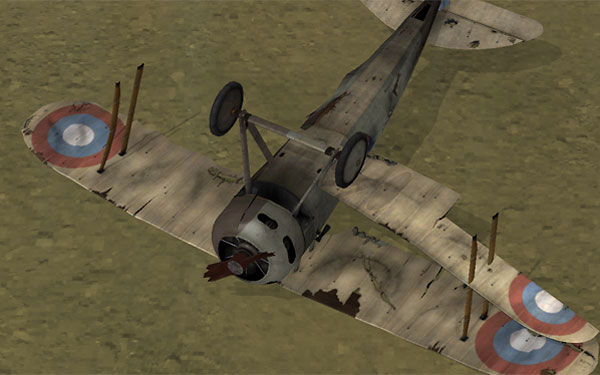 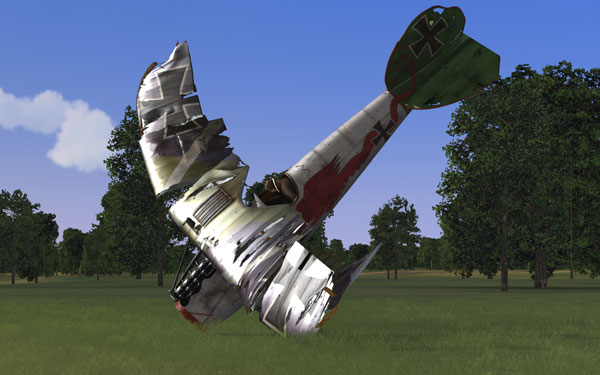 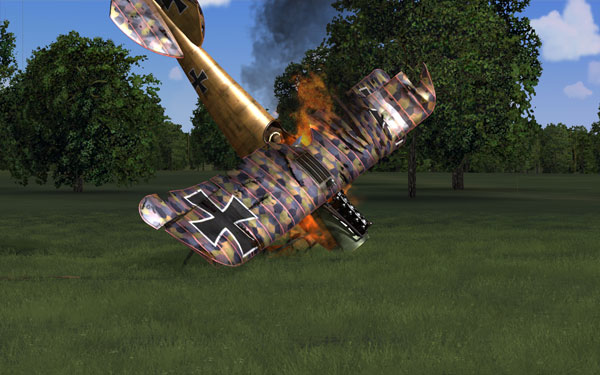