While at E3Expo 2009, “guod” and company were given some add-ons for FSX, I presume mostly because they looked homeless and someone took pity on them. Or they saw “Magnum” and gave him everything they owned.

One of them is an add-on for the Avro Arrow CF-105, a storied interceptor with a pedigree and a history as heartbreaking as the end of Steel Magnolias, except the subject was prettier and easier to approach than Sally Field. The Arrow was a planned Cold War-era interceptor, built to intercept Russian bombers as they came across the Pole, or Alaska…or Charlotte, I suppose. 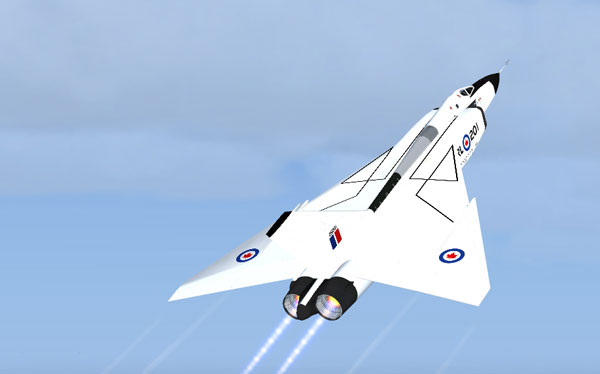 The initial proposal produced a Mach 2 interceptor with an armament and fire control system that was light years ahead of its time.  In 1955, five Mk.1 pre-production test aircraft were ordered, along with 35 Mk.2 production aircraft. The Mk.1 test aircraft were powered by two Bristol Olympus engines while the Mk.2 would tear the heavens apart with the PS-13 Iroquois, a monster being developed by Orenda. 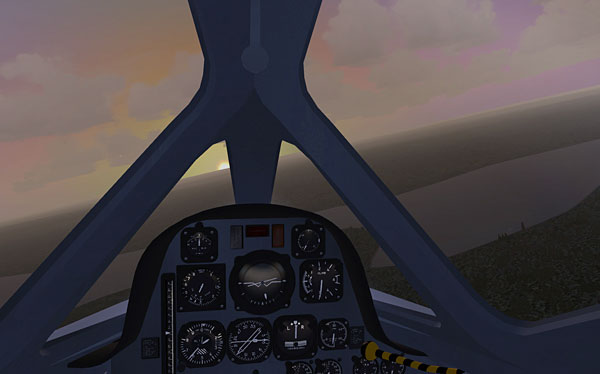 Unfortunately, in 1957, the Avro Arrow was labeled corporate welfare by an incoming change of government that was all too happy to let the Americans handle the policing of their airspace with radars and the unmanned BOMARC. An ignominious end would befall this beautiful beast, with almost everything connected to it being destroyed after fears of a Russian mole had leaked details of the aircraft out. And until now, this aircraft had never been properly featured in a flight sim. It breaks my heart that it’s being featured in a civilian sim, and that I can’t fire anything from it.

Like Driving a Dodge Viper, No Side Visibility, But You Didn’t Need It, Anyway

The virtual cockpit is spartan, but it gets the point across that you’re dealing with a military airframe from the Cold War. No HUD, and reduced visibility on either side, which tells you everything you need to know about this monster’s purpose in life. It was never meant to enter a turning dogfight and when you fly, you feel a little like a horse with blinders on. You can see wonderfully forward, which is where the designers expected your targets to be for an interceptor. 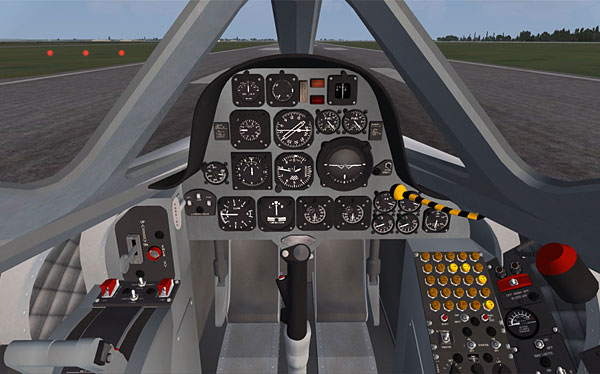 The flight model is exemplary. It bleeds speed like a hemophiliac when you try to crank into any kind of a hard turn and if you have it at cruising speed, it takes most of Alberta to turn it around. The twin engines give you a satisfying roar when you put the spurs to her and my afterburning takeoff ate up nearly a quarter of my fuel. Also, there is NOTHING out at CFB Cold Lake. What the hell do people do for fun up there? 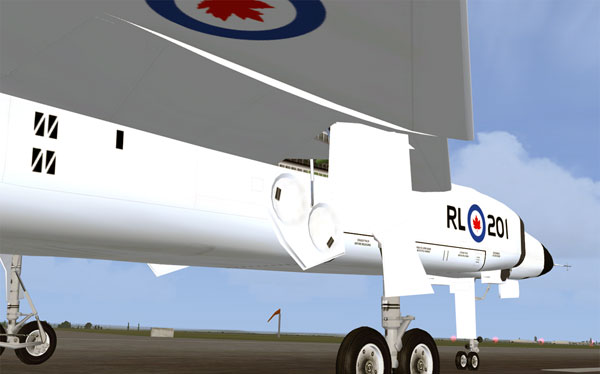 You can execute a cold start if you want. There are what seems to be 900 switches and executions you need to do to get it to work, so switch-flippers can have an OCD-fueled fit trying to bring her to life if they wish. Me personally, I can’t handle the punishment. I just wanted to fly.

The external models are a little prettier than the virtual cockpit, I have to say. Although, the virtual cockpit is miles better than anything developed by Abacus, so even though the instrumentation seems a little on the drab side, this helps out with framerate, and it’s not as if Xtreme’s execution is ugly at all. Heck, the window views alone are weird enough to keep you interested.

What Do I Get?

Packaging is a DVD-style case and the additional footprint to your FSX install is about 412MB. You get to fly the pre-production test model and the Mk.2 production aircraft with the more powerful Orenda engine. The manuals and pilot’s information handbook are installed as well, in both French and English. A quick survey of my missions folder doesn’t seem to indicate any sort of included missions. 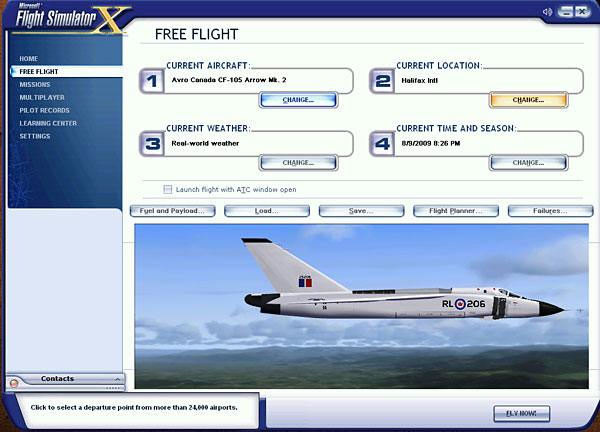 I recommend using a HOTAS, simply because it just feels right and there are a lot of commands you’re going to want to have mapped. I can easily recommend this add-on for a couple of reasons. First, it’s unusual. You don’t see the Avro Arrow in a flight sim just anywhere, especially one with such a high-fidelity flight model. Second, it is a flawless representation of early Cold War hardware, which is about as rare. Yeah, it’s true that you can’t kill anything with it, but for military aircraft aficionados, it’s worth it alone just to get her off the runway and bore holes in the sky.