It was a difficult decision that I agonized over during a recent foundational rebuild of my PC. Should I reinstall Microsoft Flight Simulator 2004, “A Century of Flight” along side the tenth and latest version of the popular civilian flight sim, or focus solely on FSX and the Acceleration add-on? Like most addicted Flight Simulator junkies, I had invested a substantial sum of money and untold hours building the 2004 release into a simply amazing PC based flying experience. The add-on payware included scenery, environment and weather enhancements, utilities that aided flight planning, and software that inserted the current real air traffic. 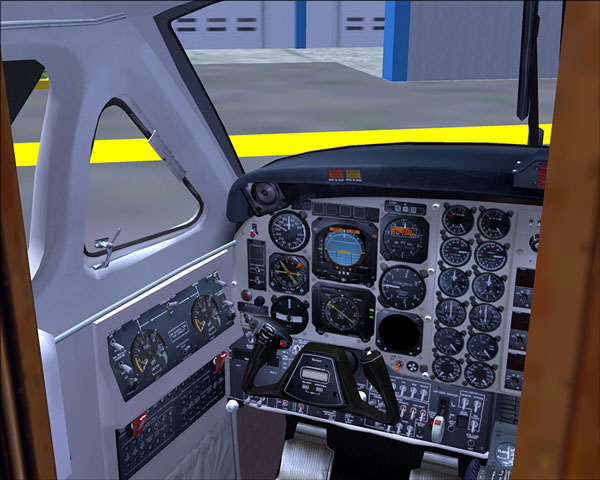 If I wanted to know the arrival time of my wife’s Delta flight into Atlanta Hartsfield (KATL), and then later determine the actual concourse and gate of her aircraft, I could have loaded FS2004 and taken a look. Of course this would all be reproduced on my computer’s display with the current actual prevailing meteorological conditions. No need to look out the window.

If I desired to pilot that aircraft, PMDG sold me a B-737NG so accurately detailed that it left me very confident that given access a real cockpit, I could complete the interior preflight, start the engines, either with or without external power, and do a fairly good job of programming the Flight Management System (FMS) via the Flight Management Computer/Control Display Unit (FMC/CDU), and Mode Control Panel (MCP). Another add-on introduced this virtual airline captain to proper Cockpit Resource Management (CRM). After completing the preflight and engine start, a virtual network of live air traffic controllers would clear my instrument flight plan, and then via live voice communications shepherd me to my flight’s destination. Likewise, if mastering published departure and arrival procedures called SIDs and STARs wasn’t enough, interaction with the cabin crew and passengers could also be endured to the point of inducing passengers to scream with horror when subjected to a hard landing. The extensibility of MS Flight Simulator is truly astounding. 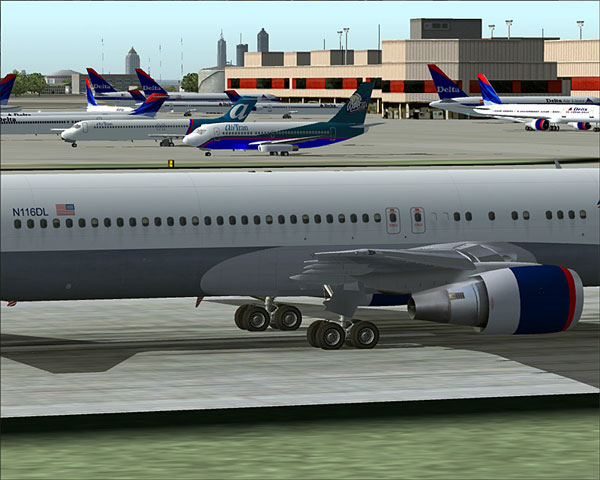 Although I never kept a running total, I estimate that my investment in hardware and software easily totaled a few thousand dollars, and perhaps several dog years installing, configuring, and enduring the never-ending cycle of tweaking Flight Simulator.

It would not surprise me if some active Flight Simulator enthusiasts consider its proper care and feeding to be an all consuming process that puts not only a strain on the wallet, but also on relationships, and greatly interferes with that increasingly illusive commodity, real life.

To that point and with the realization that expending too much time and resources on Flight Simulator was in a way preventing me from getting back to some real flying, I was determined not to get sucked in again. I would install FSX, and then strive to primarily acquire add-ons that would serve as instructional with regards to doing some actual real life flying. That is the goal, anyway.

Real flying. I remember that. There was a time in my life when I would get out to the airport at least once a week for an hour or two of honest to goodness aviating. My Private Pilot’s Certificate was achieved in just under a 12 months, with 66 hours logged, and a pretty equal split of Cessna 152 and Cherokee 140 time. The year was 1987. Being the son of a Viet Nam era fighter pilot, having not chosen Uncle Sam to fund my flight training, this apple was not exactly falling next to the tree. I tried dad, honestly. These were the pre-LASIK days, and a mild astigmatism was easily enough to keep you out of an F-15.

By 1989 around 160 hours, including some aerobatic lessons, as well as complex and high performance endorsements had been inked in my log book. While on business trips in Portland Oregon, I had gotten checked out in a Cessna 172M at Pearson (VUO), a small airfield located in Vancouver,WA and inside the Portland International (PDX) class Charlie airspace. From Portland I ventured north by Skyhawk, taking in the magnificent views along the Columbia river, around Mount Hood, and over the remnants of Mt. Saint Helens. On one such trip I took a couple of business associates up to view the smoldering lava dome, flew west to the Pacific, and then southward along the spectacular Washington coast, stopping in a small town called Pacific City to enjoy the proverbial $100 hamburgers. They always seemed to taste better after a morning of cheating death.

When necessary, we would drop out of the sky to one of the many small airfields scattered about the utterly magnificent landscapes of Washington and Oregon. We’d taxi up to a self-service fuel pump under the watchful eye of a pleasant old gentlemen clad in overalls relaxing in a rocker on the front porch of a log cabin, now doing service as both general store and FBO. I’d add enough fuel to get us back to Pearson with a small reserve, and while hopping down from a wing, we would be reminded, “Eye-uh, you boys can pay inside when yer done.” With the plane, crew, and passengers refueled, we’d back-taxi on the single runway, which never seemed quite long enough to allow obstacle clearance at either end, perform a run-up to check the mags, and continue on our merry way.

Still in my twenties, to a boy from South Carolina these moments were wondrous adventures. Who would have thought that the little slip of paper, no more impressive than a driver’s license, would allow me 2500 miles from home to rent for the afternoon a flying machine that would carry three friends over volcanoes, along oceans, around two states, to sites unseen and explorations unknown. With the words printed therein, “This Certifies That Daniel Blake III Has Been Found Properly Qualified To Exercise The Privileges of PRIVATE PILOT, AIRPLANE SINGLE ENGINE LAND”, I was given such power.

Then in relentless succession came a series of significant life changing events, such as job loss due to corporate takeover, career changes, intercontinental relocations, the founding of a company, and not the least, change in significant other, all of which are detrimental to the pursuit of hobbies, especially very expensive ones like flying.

A decade later, enter technology, which happened to be career change number three, and with that the awareness of Microsoft Flight Simulator. To my delight, skills learned and certifications obtained in order to put bread on the table now helped keep the hobby platform up to snuff. A happy PC equals a smooth running flight simulator, which later would become cathartic in rekindling my passion for flying.

Over the next few years, some of those spent flying with air combat squads, I began to enjoy flight simming so much that sadly my old flight bag that held a David Clark headset, navigation charts, and an E6B flight computer, got pushed further back into the closet. Why would I want to drive to the airport and pay all of that money to rent a hot and horribly cramped little run-out airplane, equipped with a pitiful panel, all the while being herded around by a sometimes indignant air traffic controller, overseen by a government authority who judges a pilot guilty until proven innocent, when I can sit in a comfortable chair in my air conditioned home office, crack open an adult beverage, fire up Flight Simulator and fly anywhere in the world, in the aircraft of my fantasies, and in the weather of my choosing?

Well… because it is in my blood. Apparently, I am genetically predisposed to be dissatisfied while earthbound, and eventually the need to return to flying became an itch that had to be scratched. The problem was that it took 18 years to scratch it.

This more or less brings us to the present, and a fresh install of FSX. I thought that you wanted to do some real flying, you ask. That’s right, but after a quick review of the current Private Pilot test standards, a ramp check at a few local Fixed Base Operators (FBO), and some reading on the excellent Airplane Owners and Pilots Association (AOPA) web site, I realized that a lot had changed since I last rented an airplane. Man, did I have a lot to bone up on, and in typical fashion, wanted to do it as quickly as possible. Or at least it needed to be completed before wife number two, as sweet and supportive as she is, realized exactly what kind of hit flying would put on the family checkbook.

Getting Some Return on Your Flight Sim Investment Page 2