David: The web page says you can take damage. Will there be a damage model that shows your aircraft in a damaged state?

Jon: There will be a damage model, and in fact we know what area of the aircraft is damaged, but initially we have no plans to show physical damage other than things like engine fires and generically generated debris. If you’re hit by another player, you’re going to start losing systems. What those are and the extent of the damage depends on what hit you, how close it was, and where. There’s technically no reason we can’t improve on both the visual and simulated damage modeling in the future, but our goal right now is to get the TacPackout there and deal with more important issues like balance. There are a couple of ways to tackle visual damage that we’re looking at for future enhancements.

David: Will you be able to request a certain fuel loadout from the tanker and will the refueling duration be accurate for the load requested?

Jon: Tankers generally fill you up. In other words, I would find it hard to imagine some guy doing all the work to get in behind a tanker only to say “can you give me $10 worth of premium?” We could set it up easily enough, but I’m not sure why we would want to? Certainly the flow rates are correct, at least for the Superbug, which will be the first to implement it. The SDK will let you specify a specific rate. 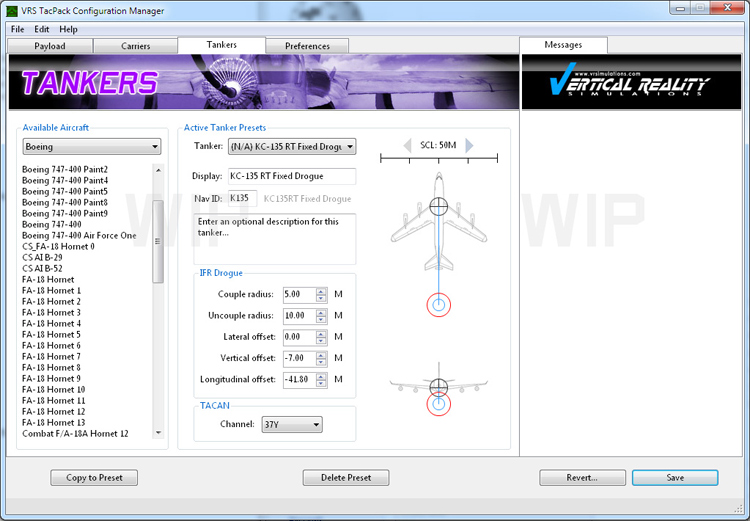 David: Can users create missions with new targets? Like placing a column of vehicles, tanks, SAMs, and other various targets seen on a battlefield?

Jon: Well again, we won’t be shipping a mission editor initially, because the plans for that are fairly elaborate. It’s going to take more time than we have. What we will allow you to do is place assets in the simulation itself via a series of menus. For example, in a multiplayer game, players on one side can drop SAMs and other assets from a limited pool. Once that’s done, they’re locked into their side and can no longer switch IFF teams. These assets will be hostile to any side not on the same (secret) transponder code.

You can also place aircraft carriers, give them a course and speed, and they’ll be seen by everyone in the multiplayer session. Most importantly, they’ll all contain navaids like TACAN and ILS, something that simply wasn’t included in the base FSX software for moving carriers.

It’s also important to note that, ANY simobject can be locked up and fired on. These can either be part of the vanilla FSX package such as ships (carriers included) and non-autogen ground vehicles, airplanes of all types, or structures built by scenery designers. As long as it’s a simobject and not static scenery, it’s on the radar so to speak.

David: About the columns of vehicles, tanks, SAMs, and other targets. Are they included?

Jon: We’ll include a number of objects in addition to whatever is already either flying or moving on the ground/sea. The rest will be up to scenery designers to create.

David: In closing, is there anything else you’d like to tell our readers about the VRS F/A-18E Superbug or upcoming TacPack add-on?

Jon: We’d just like to say thanks to SimHQ for offering us the opportunity to spout about the TacPack. It’s definitely going to be a unique and evolving product, and we’re really pleased to be able to talk about it!

We’d also like to offer your SimHQ readers a special discount on either the TacPack or the Superbug for $10 off each product (up to $20 off for both) until April 1st. Just enter priority code “SIMHQ” at checkout and the updated price will be reflected in your cart. This offer is either for existing Superbug customers who order the TacPack (be sure to log into the store with your existing license ID/password), or new customers who order both. (Note that you can not currently purchase the TacPack without owning/purchasing the Superbug, since the first release will only work with the Superbug.) 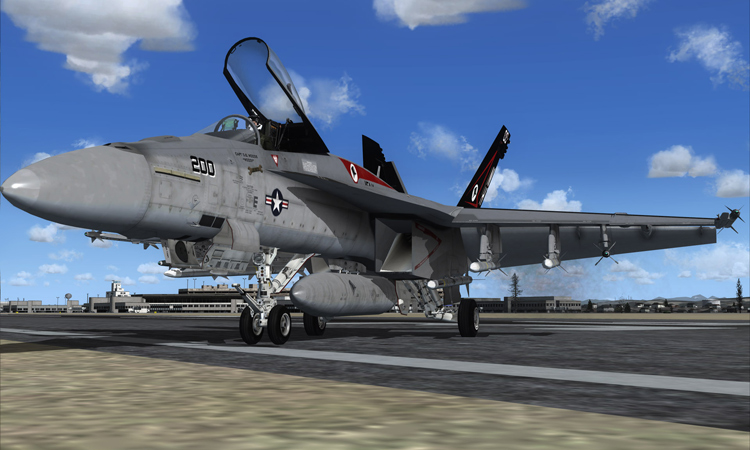