Oleg is presenting some of Storm of War starting today at the “Igromir 2010” exhibition held in Moscow. SimHQ is fortunate to have exclusive images of the show that Oleg has taken himself with his new Nikon D7000 (!) camera. The images below are from the first day of the show, and Oleg has promised to send more each day. Oleg’s comments are below each image. 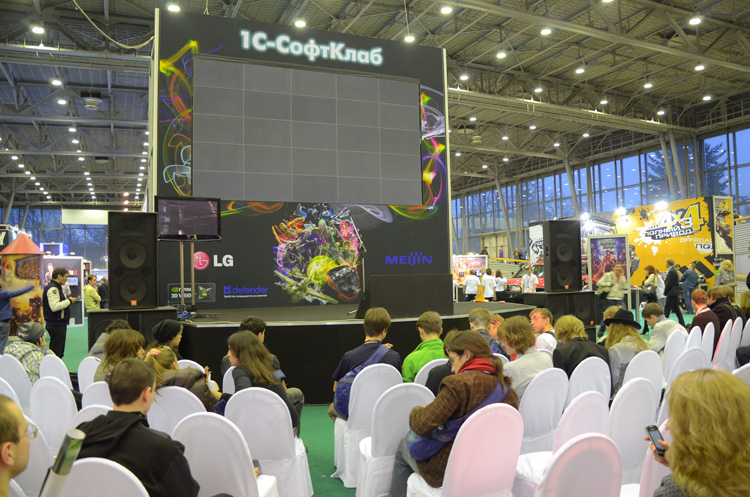 “Today was the first day of the show. It was only for business (software dealers) and press people, and not players. The photo shows the stage and audience area 30 minutes before the Battle of Britain presentation for dealers at the main booth of 1C-Softclub.” 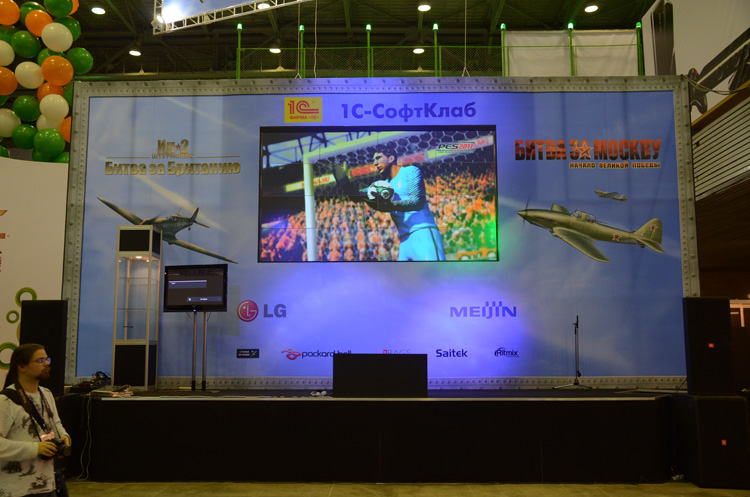 “Here is the main wall right at the entrance of the exhibition. Tomorrow on this display will be the first trailer of Battle of Britain based on the current beta version. It was produced without any cinematic work over, and was created only from in-game BoB tracks (.trk files). On the right side of the wall is an announcement of a new title called The Battle for Moscow which will be published later on. Behind the wall is the booth with Battle of Britain and the room for the Russian IL-2 championship final.” 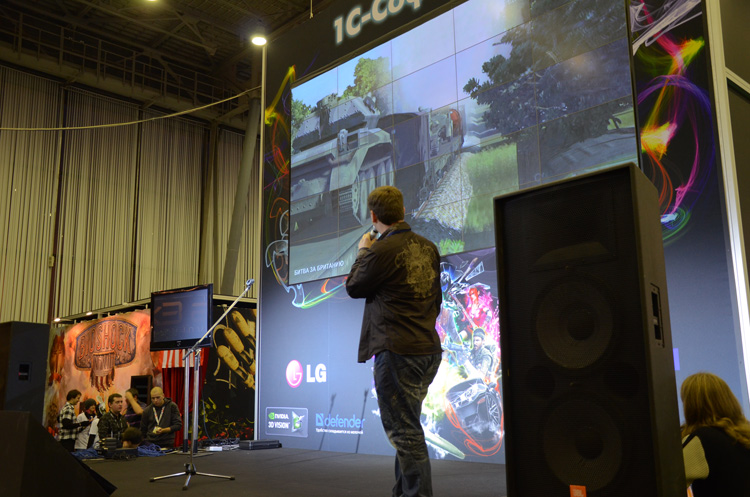 “Here Ilya Shevchenko speaks about Storm of War. There was about 80-100 people looking at the presentation, while the exhibitions were almost empty due to the ‘business only’ crowd for today.” 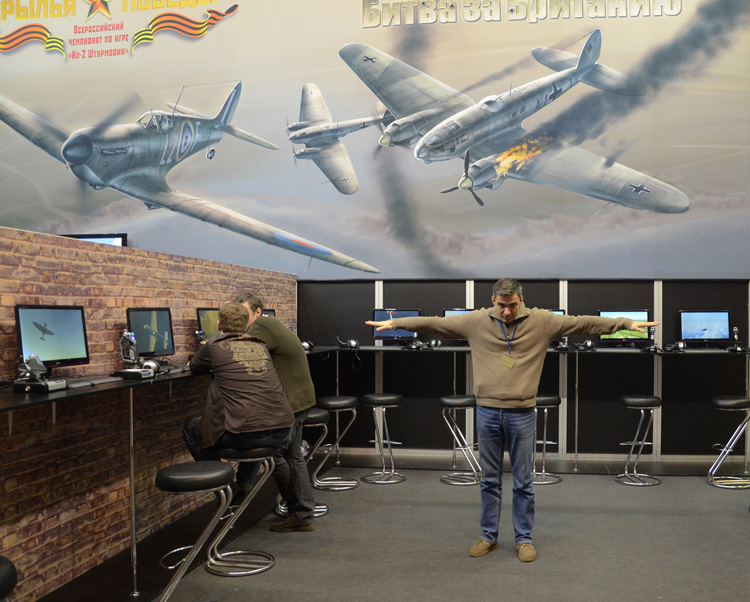 “The Battle of Britain exhibit booth in the final stages of being prepared for tomorrow’s visitors. Sergey Karavaev, one of our 3D modellers, with his wings ready for flight.” 😉 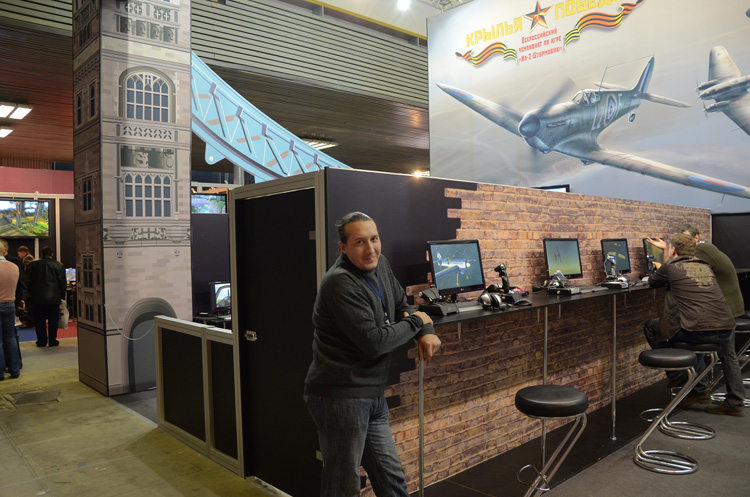 “Here is the left side of the exhibit room for the final of the IL-2 Sturmovik National Championship which starts tomorrow. Note the promised Su-26 on the screen. In the photo is another of our 3D modellers, Ilya Steshov.”

Watch for an extended interview with Oleg about the Storm of War series and Battle of Britain appearing soon on SimHQ! If you would like your question considered for the interview, submit it here. Not every question can be answered, but we will try to get as many as Oleg has time to answer.

The SimHQ Storm of War Discussion Forum is here.