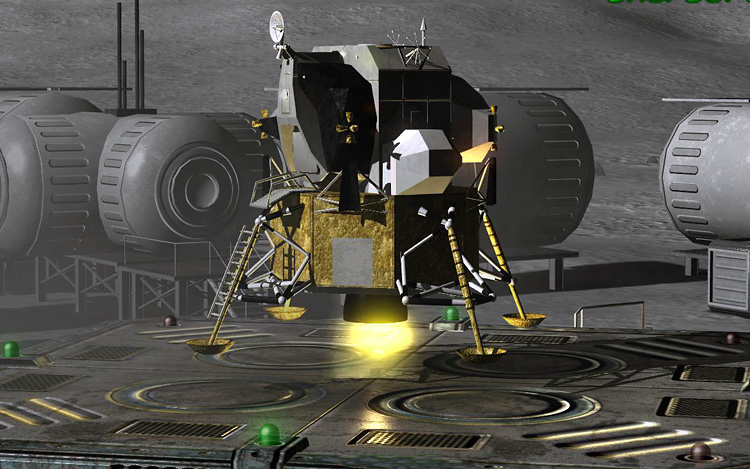 Perhaps you’ve played one of the earlier lunar lander games that were tucked away on the very first business computers for professionals; the type of game that the vendor would tell you about during breaks in the more serious discussions about RAM, networking, matrix printers and flops, to re-capture your attention, your interest and to wake you up, before going in to the next session, discussing more hardware and software options.

Those games go as far back as the real moon landings: to 1969 whena 17 year old high school student programmed the first known version of what was to become the mother of classic games.

Quite basic, with primitive 2D graphics and simplified controls, but with realistic physics calculations, the game simulated a landing in lunar gravity. In all probability you had two parameters to control; thrust and yaw, but in spite of their limitations, these games were incredibly addicting.

Some 30 years after my first encounter with a lunar lander as described above, I try my hand at what I would describe as the modern continuation of said lander. Today’s lunar lander is looking infinitely better, and comprises vastly more sophisticated and complex physics computations, and now you can do much more that just land; you can fly around over the surface of the moon.

My long hidden, latent space cadet dreams having been fueled by reading the books of Arthur C. Clarke since boyhood, were finally about to come true as I started training in the Shovsoft Lunar Flight Simulator. 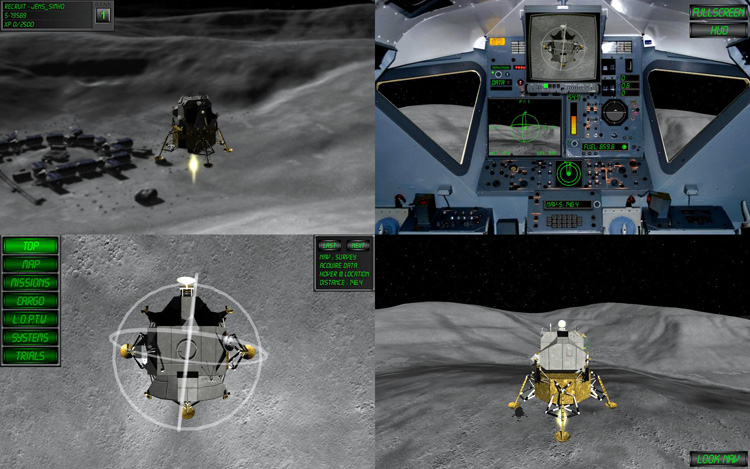 I was sent to space cadet training on the moon, flying the Lunar Flight game in development by Shovsoft; a project headed by Sean “sh0v0r” Edwards who is responsible for just about everything from marketing, programming, sound, FX, web site development, art and design.

The challenges I faced were plenty: Having to learn to fly a Lunar Excursion Module on the moon, learning to read and interpret the tools and screens presented to me, navigating from base to base delivering cargo or obtaining information, while conserving fuel, and adapt to steering a vehicle in one-sixth Earth-gravity.

Recognizing my natural limitations as lunar flight commander, they are such that I can hardly overlook them, and definitely considering myself still in training, I’m enthusiastic about, smitten with, fascinated by, and must give a big GO to Lunar Flight.

Continuing and updating the classic Lunar Lander tradition is a great idea and it is implemented in a game that is focused on, and is very true in its core gameplay to it’s heritage which incidentally makes it very addictive to play, even to a ham-fisted reporter-pilot like yours truly; one with an extremely underdeveloped hand-eye-brain coordination.

And the game is even not finished yet!