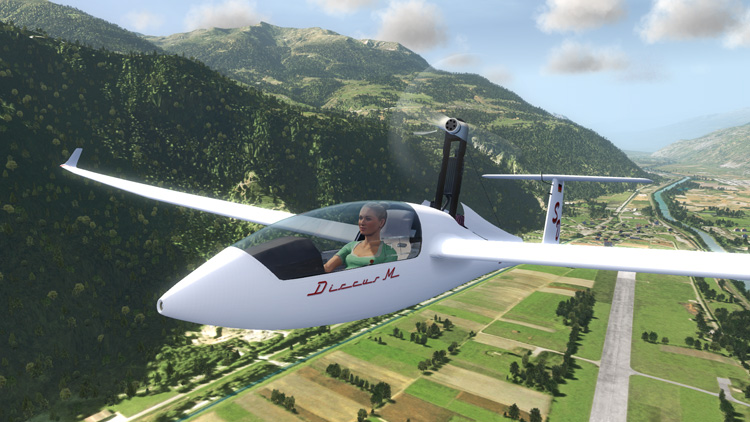 Sneaking in under the radar, the new flight simulator Aerofly FS arrived quite unexpectedly to most of us. It has received good reviews and feedback has been positive.

Is it a simulator? Is it a game? Is this the new heir to the Flight Simulator throne? Is it the best thing since sliced bread? Let’s start with a basic question; Is this really a new simulator?

The makers of Aerofly FS, Ikarus from Germany, calls this simulator Aerofly Full Scale. Why is that? Well, because their earlier flight simulators simulated miniature radio controlled aircraft. Ikarus has been around in the R/C flight simulator venue for quite some time, and they have a very good reputation for producing realistic simulators for learning how to fly model aircraft. Flying R/C aircraft is all about standing still on the ground, steering your aircraft from a distance. Some years ago, R/C simulator producers incorporated ”fly along” modes in their software. Meaning that you could accompany your model aircraft in the virtual air, much like a regular computer flight simulator.

This has now evolved to the release of a stand alone simulation of full scale aircraft. But R/C planes are toys! A R/C simulator can’t possibly simulate flying real aircraft, can it? There are model R/C planes out there that cost more than your car, and flying is flying. It doesn’t matter if it’s a paper airplane or the Airbus 380. The laws of physics apply no matter how small or large your aircraft is.

Aerofly FS retails for $49.99 USD. It incorporates one full European country over which you can fly 8 different aircraft.

The country in question is Switzerland. Known for high mountains, superb chocolate, and the reason I became a pilot; Breitling wrist watches.

The terrain is your basic elevation mesh covered with photo real textures. The result is quite stunning. The sense of altitude and the detail of the textures is on par with the best photo scenery available for FSX. The only drawback is that there’s only one set of textures. This means that the shadows on the ground never move, they’re part of the texture. For the same reason seasons never change and you can only fly at day. For all practical purposes, time stands still in Aerofly FS. 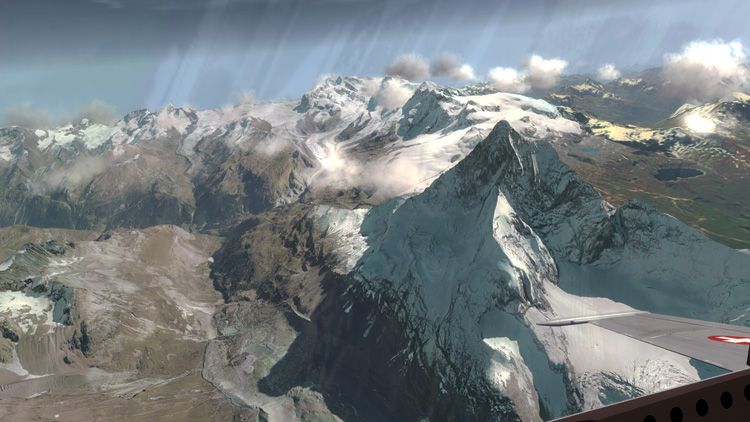 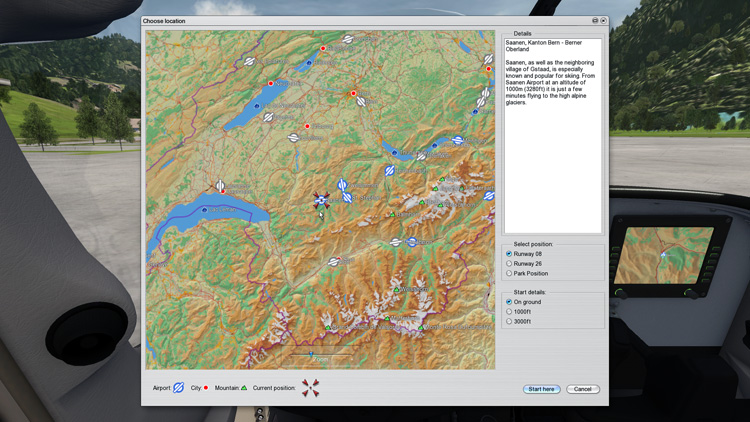 If you are a die hard IFR pilot accustomed to hauling heavies around in FSX, you will probably feel that some things are missing. If, on the other hand, you are a happy go lucky general aviation pilot just wanting a quick aerobatic fix while looking at the scenery, you will most likely love Aerofly FS. It’s all about expectations. And just because time stands still right now doesn’t mean that Ikarus won’t wind up the clock one day.