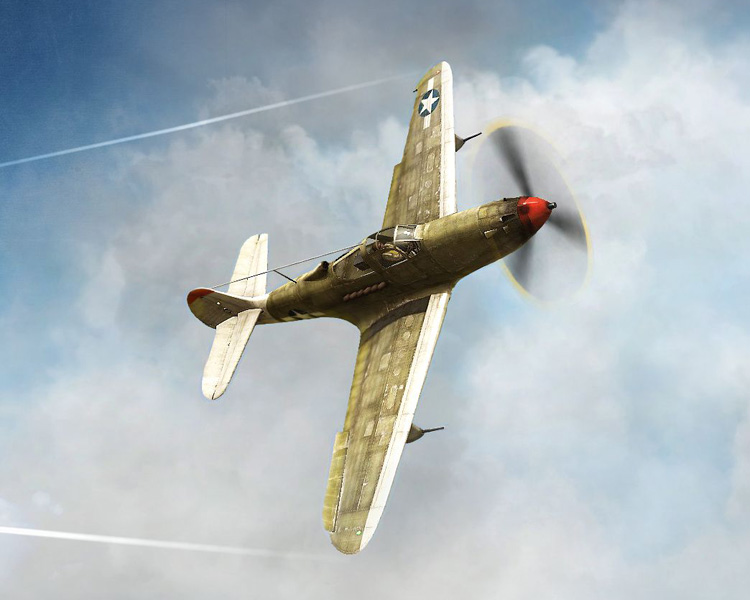 Erik: What will World of Tanks players notice about World of Warplanes?

Anton: Plenty of features, actually. One will be the similar progression system. After each battle, the player’s personal achievements (earned by destroying, damaging, and spotting aircraft) will be used to calculate experience points and credit gains. These will go toward researching modules, upgrading the overall ability of a plane of your choosing, and unlocking new vehicles. The other thing will be the well-tuned combination of fun and realism: players will fight against each other instead of struggling against overly complicated vehicle controls. Also, World of Tanks players will notice the familiar approach in regard to the vehicle authenticity: planes will be historically realistic in terms of upgrade modules and comparative capabilities.

Erik: World of Tanks has been described by some as a “grinder” experience, where a massive investment in time is required to get decent upgrades to win or even survive most matches. Will this also be their experience in World of Warplanes?

Anton: Leveling and unlocking new vehicles won’t grant you survival or success in a battle. To achieve it you’ll need piloting skills and tactical thinking, and you’ll have to devote a plenty of time to acquire them. In-game vehicle research and moving to upper tiers, in their turn, will require more skills: the pace of action will enhance and the gunfire will significantly affect aircraft controls as you battle your way to the top tiers.

As for the skills and expertise, with the help of the training course it won’t take you long to get flight basics under your belt. On the other hand, you’ll need a plenty of time and patience to develop decent skills, both in regard to reaction time and ability to plot out routes, plan solid tactics and cooperate within a team. And these are what really matter in the deadly skies.

Erik: Does World of Warplanes use the same matchmaking system as World of Tanks for multiplayer play?

Anton: Yes, a similar one. At its core, the matchmaking mechanism balances vehicles to achieve fair combat conditions for players. The system defines vehicle tiers for each team and compiles both teams so that they have equal chances to win. As I’ve mentioned earlier, the game will feature different scenarios after the release, so the system will pick vehicles with equipment suitable for a given scenario. To give you an example: if you have chosen torpedoes, you will be thrown to a marine mission, not for bomber interception in a desert country.

Erik: Will World of Warplanes pilots be fighting in the skies over World of Tanks battles?

Anton: We won’t mix tanks and aircraft within a single battle space. World of Tanks and World of Warplanes are two standalone titles with different gameplay styles. Imagine tanks trying to find each other on a 15 x 15 km map, or 30 planes cramped on a 1 x 1 one. If we put 30 tanks on a typical World of Warplanes battle arena, the planes will have a million of chances to end a battle before tanks can even spot each other.

However, we’ll draw titles together in a different way. First off, it will concern their economies. Players will have a unified user account that will allow them freely transfer Gold and Free Experience between the Worlds. Number two, tank and air clans will be able to cooperate and assist each other on the Global Map: they’ll provide each other with certain “clan consumables”. For example, the plane clan will get an AI-controlled anti-aircraft artillery that will help it secure the base, while the tank clan will have AI-controlled air strike to be used in combat.

Erik: Does World of Warplanes have the same “Gold” system as World of Tanks (i.e., real money used to purchase upgrades and ammo that give users an advantage over other users that do not spend real money)? If so, please describe how this will affect gameplay for both users with and without Gold.

Anton: World of Warplanes will require no investments into it, unless you want to save time spent on upgrade and research. Those who don’t have time but have money can pay to level up faster, while those that have all the time in the world can get all the same advantage; it will just take more time. Like in World of Tanks, premium content won’t give you any significant combat advantage: we won’t sell God modes and ultimate weapons.

Erik: What makes your game unique from other MMO flight games being produced?

Anton: Actually, I’ve already touched on several points in regard to this one earlier, but it would indeed be nice to stop on each and every feature once again.

Among other things, World of Warplanes will field solid multiplayer experience with main focus on skills, tactical thinking and team cooperation.

The World of Warplanes monetation system is another unique point, and we’ve had a good experience with the same system in World of Tanks. The game will be free-to-play with option to pay for additional features. The latter, however, are meant to save time rather than grant victory. Meanwhile, the real success in the game will come from skills and expertise.

While the planes, the lighting, and damage modeling usually get most of the credit for a sim’s appearance, the actual quality of the terrain is often neglected. World of Warplanes, on the contrary, will feature a solid and flicker-free graphics engine that will render lush, detailed landscapes with multiple terrain types. You’ll find yourself flying over beautiful fields, zipping down city streets between rows of detailed houses, and skimming over small waves. Plus, there will be clouds hovering and drifting over the land and sea, as well as dynamic weather effects. Atop the obvious aesthetic value, all these features will alter the flight and influence your tactical choices. 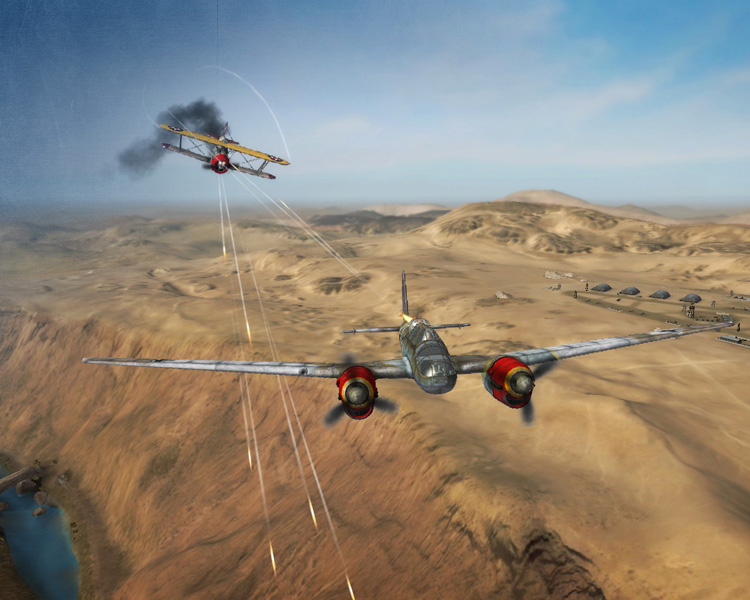 Anton Sitnikau on World of Warplanes