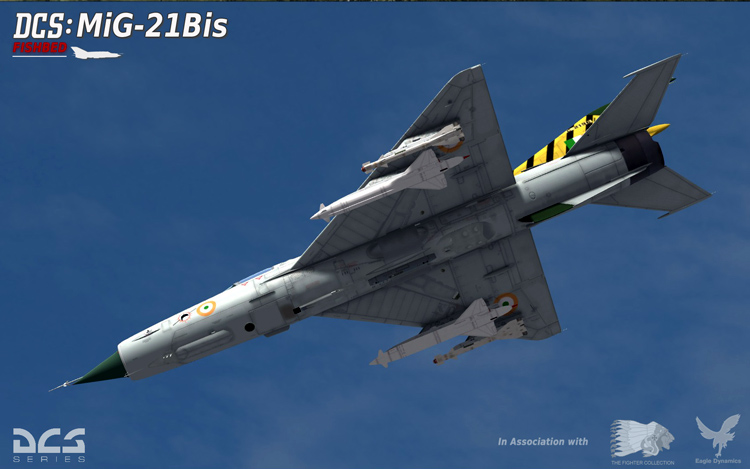 DCS: MiG-21Bis has to be one of the most-anticipated titles among combat jet simulation enthusiasts of the past ten years. Anyone with even passing interest in combat aviation recognizes the MiG-21; it’s one of the most iconic fighter aircraft in aviation history. I can’t remember a sim-in-development creating this much community buzz since the original Lock On: Modern Air Combat in 2004, and since the advent of DCS the simulations community has wanted to see a classic fast-mover implemented in the rivet-for-rivet, switch-for-switch DCS manner. And now it’s happening!

SimHQ’s resident Russian simulations geek — me!, recently sat down with Laszlo “Beczl” Becz, creator and developer of this exciting new simulation, and got some exacting detail and tantalizing screenshots of the work in progress!

Cat: Hi Laszlo, we’re really excited about this title, and to see this project implemented by a third party developer has caught the community’s eye. We thank you for your willingness to answer a few questions about the product.

Cat: You’re the second Hungarian I know that is involved with the development of a switch-for-switch realistic simulation. Another Hungarian on our forums, Hpasp, is developing SAM Simulator, another great procedural simulation of Soviet-era surface to air missiles used by Hungary before it joined NATO. Do you have a background in military aviation?

Laszlo: Officially I have no background in military aviation. When I was a young boy my family lived near one of the busiest AFB and firing ranges in Hungary, so I saw how the MiG’s and SU’s fly and use their weapons day-by-day. I think that was the first step to my becoming a flight enthusiast. Later on, during my army carrier I served on the same firing range for 12 years and I was in contact very often with aircraft. At this time my military aviation background is limited so I only familiar with their tactics, armament, capabilities and other aspect.

Cat: What sparked your interest in the MiG-21, and particularly the MiG-21Bis? How did you get involved with creating a DCS project?

Laszlo: I generally love the MiG-21. It’s a fast and agile airplane and the MiG-21Bis was the HuAF main type of fighter aircraft until 2000 when all of them were withdrawn from active service. The other factor is, currently no appropriate MiG-21 simulator exist especially in a “combat” environment. That is the reason why I chose the MiG-21. The reason why I choose Bis is very simple. This was the last and newest subtype in WP and I already have a lot of information about Bis systems. That information was a good starting point during the development first phase. I created several mods for LockOn, Flaming Cliffs 2 and DCS series since LockOn was released in 2002. I think this was known in TFC / ED. One day Producer Matt “Wags” Wagner, got in contact with me and offered a third-party license agreement that is based on their new third-party support structure. My answer was absolutely “yes!”. With TFC / ED support, I can implement a lot of new features for MiG-21 that I wasn’t able to do in the Flaming Cliffs 2 version. 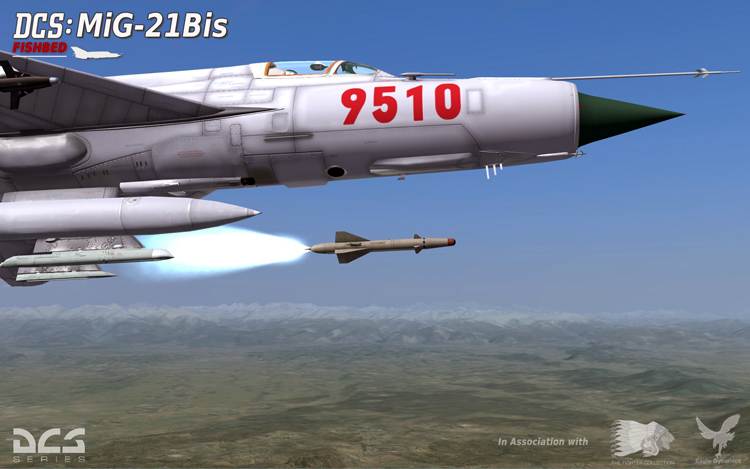 Cat: You’ve done a number of excellent modifications for the Flaming Cliffs series, including the dangerous S-125 (SA-3) missile system. Are any of those planned for DCS? What got you interested in making those modifications?

Laszlo: I already created a new mod called “Vehicle Upgrade Pack 1” that aligned with the new DCS World structure. I think some more mods will follow if I have enough free time during MiG-21 development. My interest is based on sometimes I feel empty and “non-live” in the battle area. Most cases the mission creators use the same vehicles and this could be boring. For example, if we try to create a military column of various vehicles in DCS, we don’t have too many choices. Some ancient Flanker model still exists in DCS environment that’s required some upgrade from my side I think.

Cat: How did you get started with combat flight simulations? What are your favorite titles?

Laszlo: I started my sim carrier with a Commodore C-64 Tornado in 1990 if I remember correctly. Since then I play with almost all flight sims that are available in the market. Mostly I play Microsoft Flight Simulator and Combat Flight Simulator series, Jane’s WWII Fighters,Falcon 4.0 then follow the IL-2 Series. 10 years ago I saw a PC Games article about the upcoming LockOn Modern Air Combat game. It’s really new and modern and I love it. After LockOn became available, I only played it. Later on I played many hours with Flaming Cliffs thenFlaming Cliffs 2, DCS: Black Shark KA-50, DCS: A-10C Warthog, and Black Shark 2 as well. Now my favorite titles are Black Shark 2. I like the Russian hardware more instead of the western hardware. In my point of view, Black Shark 2 has good capabilities and a good balance between the realistic simulations and game playability.

Cat: Can you tell us the printed sources you are relying on? You’ve stated in the past that you have original technical documents from the Gorkiy factory that produced MiG-21 interceptors for the Soviet PVO and VVS. How did you come by those? Are folks from MAPO-MiG assisting you in development of this project?

Laszlo: I have many friends from Russian flight forums: forums.airforce.ru; www.strizhi.ru; and www.sgvavia.ru. Among these forum members are ex MiG-21Bis pilots who were stationed at one of the Russian air force bases in Hungary till 1990, so they have a lot of unique stories, notes, pictures, and so on… After retiring, they preserve a lot of original tech manual, drawing, factory maintenance manuals. These higher level documents were the basis of the general maintenance and tech manuals, so it is a very good reference about the Bis systems in detail. So most Gorky manuals came from this source. Also, I own some original Gorky part manuals from a Hungarian source. We had a large aircraft repair / maintenance factory at Tököl and this factory was in close contact with the Gorky factory. 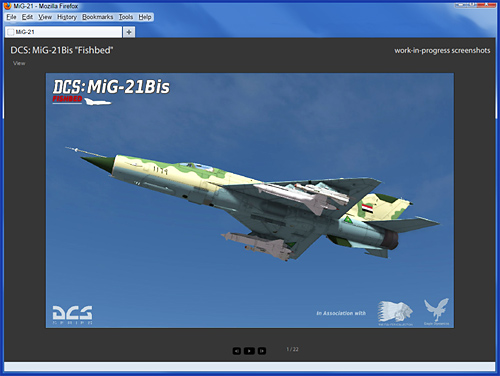 Click here to view a slideshow of the additional images (requires Flash).

Cat: You’ve posted at Eagle Dynamics some documents and charts showing flight-performance data. There have been a number of questions on ED’s forum regarding the flight model, also. Can you tell us how you’re deriving the flight model? People are often confused about ED’s proprietary “Advanced Flight Model” used in the Su-25T. Is the MiG’s flight model going to be drawn to that high standard?

Laszlo: Well that’s a trickiest part during development in my point of view. I don’t want to categorize the current planes flight model to SFM or AFM. It should be different case-by-case. The current MiG-21Bis flight model is based on the official МиГ-21БИС Техническое описание that was the bible of the flight model. This document contain all of the plane detailed flight-characteristic parameters. So the basic graphs, data’s came from here. Also, Yo-Yo is performing some correction in this flight model because they have more experience with the flight model than me. Also I use the real MiG pilot notes that contain several not well documented data’s about the plane capability especially at low level flight.

I think these parameters and graph implementations are the easiest parts in our case. The hardest is to represent and implement all limitation and special things that connect with the basic flight model. For example, in the previous Flaming Cliffs 2 version we had several flight model limitations and flight effect when the pilot breaks the G limitations and stressed the engine too much. In some cases the weapon launch is impossible, the drop tanks break off, the engine shuts down, and so on. So my interpretation is the MiG-21 flight model and equal to the fully implemented aerodynamic, engine, hydraulic and other system parameters, animation, failures, etc.. Plus all plane behavior that not documented or part of the general manuals.

Laszlo: I want to model the JATO capability to add another interesting playing factor for the Bis. It’s not implemented yet — only the 3D model and the attach / detach option is available. I hope I am able to model this equipment usage as it works in real life.

Cat: You did an excellent MiG-21 modification for Flaming Cliffs 2. Does this mod build on that work, and if it does, how difficult was it to upgrade your prior work for DCS? The aircraft model and cockpit model are absolutely beautiful. There are an bewildering number ofMiG-21Bis cockpit layouts among the Warsaw Pact nations. What are you basing the cockpit layout in DCS: MiG-21Bis on? And is DCS: MiG-21Bis going to support NaturalPoint TrackIR?

Laszlo: My initial plan was to upgrade the Flaming Cliffs 2 version to DCS standards. Meanwhile, I had a lot of issues due my previous model doesn’t have enough detail or fit fully in the DCS environment. So I need to recreate almost the whole aircraft 3D model, especially the cockpit, air brakes, engine, wings, main gears sections. I also need to fully rebuild the cockpit from scratch due the Flaming Cliffs 2version uses a lot of warping at 3D model side to eliminate the FOV issue. Also, both the plane and cockpit textures are fully refurbished to align to the new Eagle Dynamics texture standards as well. If you compared the Flaming Cliffs 2 and DCS version of cockpit you can see several differences. Also, some aircraft systems are changed too. I mean, the Flaming Cliffs 2 version used a Lazur CGI panel at left and has a lot of different switches. Now the current version use an RSBN panel at left and has some other “new” switches that interconnect with RSBN system. Basically the current layout is based on the Russian, Hungarian and Serbian mid (named Nr.B-2) Bis’s RSBN version cockpit layout. Yes it already fully supports NaturalPoint TrackIR. I use TrackIR 4 on a daily basis during my tests. 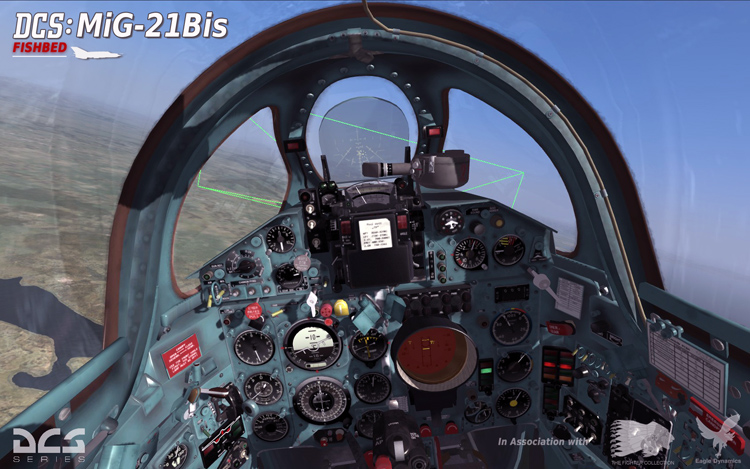 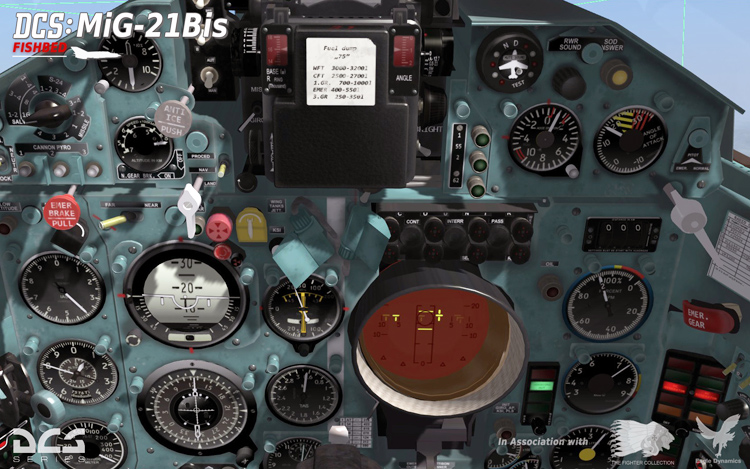 Cat: Your 51-page manual for the Flaming Cliffs MiG gives part credit to Major Novak “Dolphin” Djordjijevic. Who is he, and is Major Djordjijevic involved with the DCS: MiG-21Bis? You’ve indicated on ED’s forums that former MiG-21 pilots are assisting you with the project. Where did you find them?

Laszlo: Major Novak Djordjijevic is an active MiG-21 pilot in the Serbian air force. He’s a subject matter expert and an associated developer in the DCS: MiG-21Bis project. He flies the MiG-21 on weekly basis and also has good skills about math programming and other things that are required to be able to create a “simulation” instead of a simple “game”. I have a close contact with many Warpac nation retired pilots and technicians who also help my work with their notes, inputs, as well as advise. As I already mentioned, in the interview first section I was a flight enthusiast so I often visit air shows. That provides a good opportunity to find new friends and contacts as well. Also really important to visit a frequent flight related forums. Most of my sources have come from those forums.

Cat: Can you tell us precisely which variant of the MiG-21Bis is being modeled? I assume that one of the export-variant SAU birds is the variant under construction, as opposed to a Soviet LAZUR interceptor?