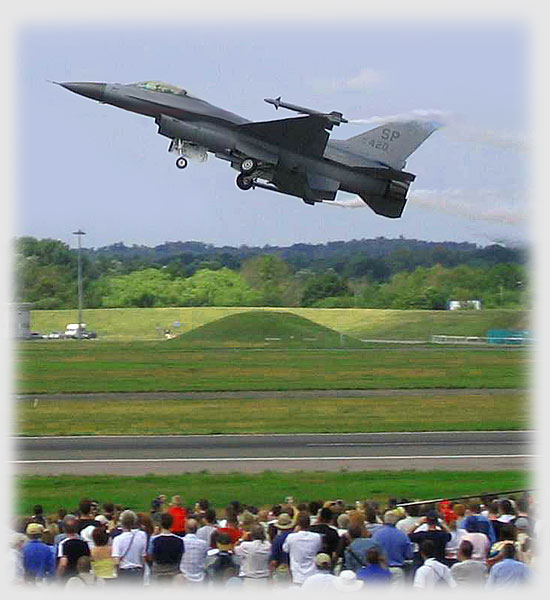 I was bubbling over with excitement as last week drew to a close. As a little boy I would see the build up to Farnborough every year on the TV and then beg, plead and offer untold riches to my father to take me there. My father would reply that it was far too far (a total lie as I later discovered — it was less than an hour in the car!). This year, over twenty years after my pleading and sulking again came to nothing, I would finally be making it to the Farnborough Airshow. Alternating with the Paris Airshow every other year, Farnborough used to be the airshow to show off the latest aircraft. 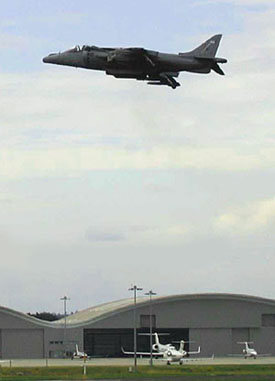 The Concorde made its first public display here as did the Boeing 747 and AN 225. It was at Farnborough that John Derry crashed his DH-110 killing himself, his observer and 29 members of the crowd while showing off sonic booms. As a once frustrated pilot (I was refused an RAF scholarship because my eyesight was not good enough) I still exhibit a keen interest in aviation and this was going to be my reward for years of patience.

Having packed-up a picnic, I set off with my wife and her parents in tow to our allotted grandstand seats. The show this year was smaller than previous years and this was reflected in the relative paucity of aircraft on display. Although the latest Airbus variants were on display along with two of the first Eurofighters so far delivered to the RAF, there was still a limited quantity of aircraft with the F-15E, F-16 and FA-18 the only US combat aircraft on the ground. Several interesting aircraft made up for this however. British Aerospace were displaying an Mi-28 Hind alongside a Hawk and were inviting people to clamber all over both. Saab was displaying a Gripen and had another one for public perusal. The RAF had brought virtually every aircraft in their inventory apart from the Jaguar (an unsurprising decision given the announcement of their early retirement that week).

Having taken our seats (and noted with approval that the Guinness stand was sited directly behind us) we did not have long to wait for the show to start. A display of racing cars (namely an MG road car, a NASCAR stock car, a Lola Le Mans car, a Napier-Ralton from Brooklands and drag racing “rail” tore along the runway — being raced by a circling Jet Provost!). Having had the appetizer, it was time for the display proper to start.