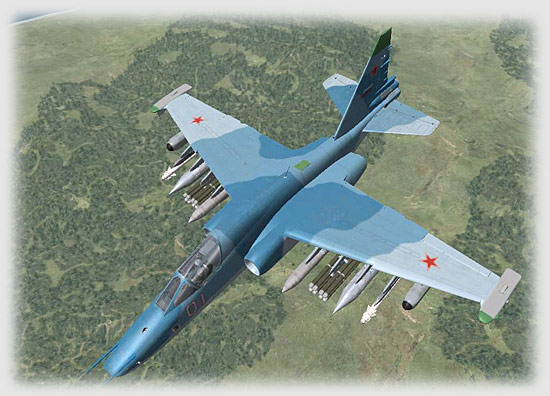 Just about a year or so ago I sat at my computer to do my first article for SimHQ. That was a review of Lock On: Modern Air Combat, then the latest in the line of simulations from Igor Tishin’s Eagle Dynamics concern in Russia. Tishin was doing Oleg Maddox-style things for sim-dom way before IL-2 was even on the simulation horizon. Beginning in 1995 with the original Flanker, he has been on a mission to provide world flight simming with a clear alternative to the ubiquitous American combat aircraft modeled in combat sims. 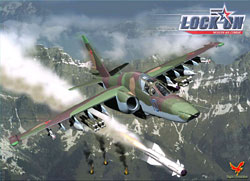 Its real world alternative, the Sukhoi Su-27, and the other Russian combat aircraft seen all over the world. Hardcore fans of Eagle’s Flankerseries like to think of Lock On as “Flanker 3.0”, since it comprises the latest advance in a beloved simulation title, the original Flanker. I’m a Flankerhead from eons past, from the 1.5 version, able to recall the old days of the Flanker online ladders. It was my first realistic flight sim, and to this day I prefer its basic avionics presentation over that of simulated Western fighters.

Nowhere else but in an Eagle product can you find even a semi realistic portrayal of the three Russian combat aircraft that Western air forces most often confront in the skies over almost every conflict in which they get involved: the Sukhoi Su-27 “Flanker B,” the Sukhoi Su-25 “Frogfoot,” and the Mikoyan-Gurevich MiG-29 “Fulcrum A” and “Fulcrum C” variants. These aircraft are used by literally hundreds of diverse nations in one form or another, and variants of the Su-27 especially are the standard for air forces desiring modern-day interceptors that can challenge the best of the West. 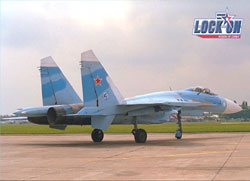 For red-hot fans of Russian military aviation (like myself) the originalFlanker series had only one drawback: the presentation of the Russian airborne radar. The original Flanker had a pretty decent look at this, but it was clunky to use. Further, the original had a purported air to ground radar that was pure fantasy, a view that looked for all the world like a television camera view. Hardcore fans raged about the radar for years. When Flanker 2.0 released, and was patched to 2.5, and then 2.51, things didn’t get much better on that front, although new radar modes were introduced to make the simulated Flanker aircraft more fun to play. But simmers wanted The Real Deal™ and they weren’t getting to Nirvana with the still-fantasy package they were seeing, although version 2.51 was a step in the right direction. The penultimate Flankershowed us what the BVR modes should look like in some ways, a taste that merely whetted our appetites. Simmers all over the world analyzed the Russian radar and compared them to the real thing, and some great articles came out. One of the best was posted by a rabid combat simmer named Matt Wagner, who had some access to Inside Dope™ on the operation of the Slot Back series radar from military-only journals, and who posted one of the definitive looks at what we were missing: the real-life N-001 radar wasn’t as easy to use as we were seeing, and had a whole lot more functionality, though it put workload on the pilot to get to it.Flankerheads rhapsodized about how totally cool it would be to be able to see it the way an actual Su-27 pilot did. 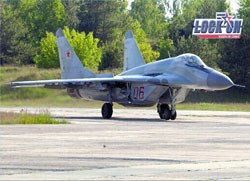 When Lock On released, Flanker fans everywhere, self included, thought that AT LAST we’d get to see a crisply modeled N-001 radar. We salivated over the prospect. But our hopes got derailed early on, because Lock On was destined to be more than Flanker 3. It was ambitious. It had vision. It brought U.S. combat aircraft into the mix. “Oh, no,” Flankerheads groaned. We’re going to get left behind! The masses want U.S. aircraft like our beloved Su-27’s nemesis, the F-15C, and the A-10, and we’re not going to see the hardcore Su-27 we’re dreaming about! It took four years of development time to get the F-15 and A-10 ready for release.

We were heartened by the addition of Matt Wagner to the Ubisoft team by then-project leader Carl Norman. Ha, we all thought. Matt won’t let them ignore the Crane! But real-world marketing pressures were brought to bear, and it was not to be. The Russian aircraft released with Lock On were near-total repeats of the Flanker 2.51stalwarts. Norman left Ubisoft, and so did Wagner after the project. But all was not lost. Wags let us know that Igor Tishin had not forgotten the legions of Flankerheads that kept the dream alive. And we found out that they’d been trying to bring the real N-001 and N-019 radar into Lock On all along, in fact, the detailed design work had been done years beforehand and time had just run out! Time and money forced them to release the product before they were quite ready; large retailers were canceling and reducing orders for the game. Patches would be coming, perhaps something could be done. Even when Ubisoft turned its corporate back on the product, Eagle stayed resolutely in the game. There would be a follow-up product to Lock On. And Russians would see an add-on to existing Lock On. One that would introduce a new aircraft: the Tank Killer. The Su-25T. The Russian A-10, with that aircraft’s deadly optically-guided weapons system. With a new flight model that Eagle had been desperately working on as the original Lock On project drew to a close. Various fixes for the in-game aircraft.

And the radar Flankerheads have been dreaming of.

We howled for a Western release. But it’s going to be payware, we found. You can’t get all this work for free. We don’t care, cried World Simming. And Eagle heard the cries, and they’re planning to make a Western release of this feature-laden update available by download from Eagle itself. So new and full of Russian aviation goodness that it has its own name, Lock On: Flaming Cliffs is in final testing and tweaking as we speak. It adds features, aircraft, and enhancements. If you’re a Lock On flier, you want it.

I got a peek. Wanna see?