The A310 flies nicely but has a bit of an “enthusiastic” trim response. Single button pushes on my trim buttons seem to result in fairly large pitch trim settings. Not a huge problem and it may be a problem with my controller set-up. The plane feels nice in roll and flies very much like a traditional airplane since it pretty much is. The EFIS animation is outstanding with super fast update rates and smooth motion in both pitch and roll. The analogue gauges are also well done with smooth, believable needle rotation and movement. 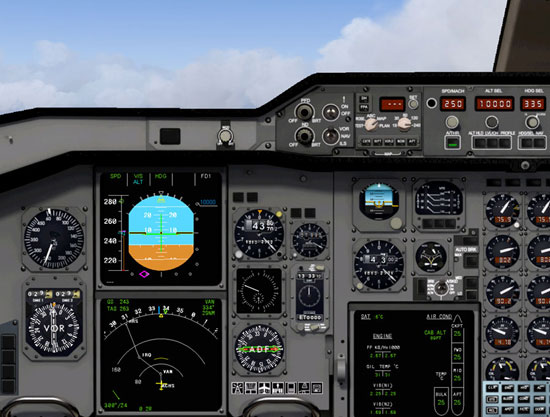 A closer look at the autopilot controls on the eyebrow panel with the EFIS tubes in their “pop-up” position shows the excellent symbology that the Airbus uses. Mode selections are clearly distinguishable on the EADI with green and blue annunciators showing the aircraft to be in auto-throttle, airspeed, and NAV modes while the altitude capture mode is armed. The only thing I’m not crazy about in the Airbus is the 2-bar flight director (the vertical and horizontal lines on the ADI) that tells the pilot where to fly to stay on course both vertically and horizontally. I much prefer the newer style “V-bar” in which you place the small fixed triangle into the v-shaped bars in order to follow the flight director commands. This is a personal preference though and I suspect more seasoned pilots are likely comfortable with the old style cross configuration. Another nice feature is the level-off predictor arc that precedes the aircraft on the EHSI. As your rate of climb changes the yellow predictor arc shows you where in the horizontal plane you will reach the set pre-selected altitude at that rate of climb or descent. This is a nice feature for descending or climbing to make crossing restrictions in lieu of a set VNAV mode. 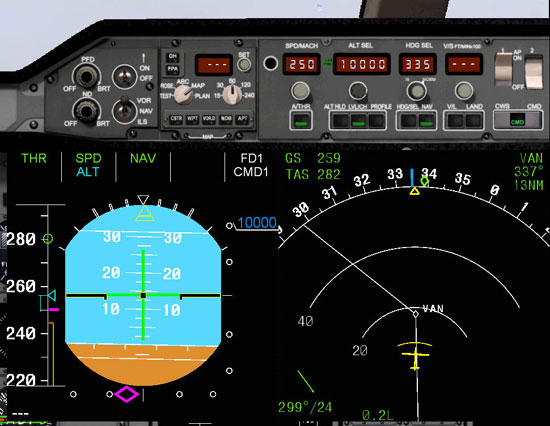 I’m not a big fan of virtual cockpits unless they are in aircraft such as Decathlons or Cubs. They are usually dim and fuzzy and at least on my computer they are resource hogs. Even though TrackIR makes looking about in VCs a nice feature, I still spend 99.9% of my time in the 2D pit. That said, the SSW Airbus VC is very nicely done with excellent 3D object movements and clarity (for a VC). 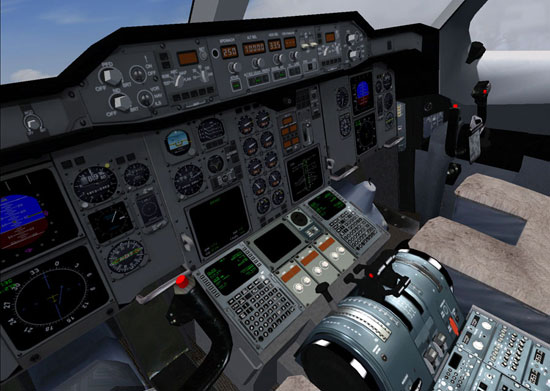 The SSW Airbus has many nifty little features like this pop-up window that comes off the center of the main panel which shows an expanded view of the altimeter, the metric altimeter, VSI/TCAS, ADF card and a nice clock with functioning chronograph for timing approaches. 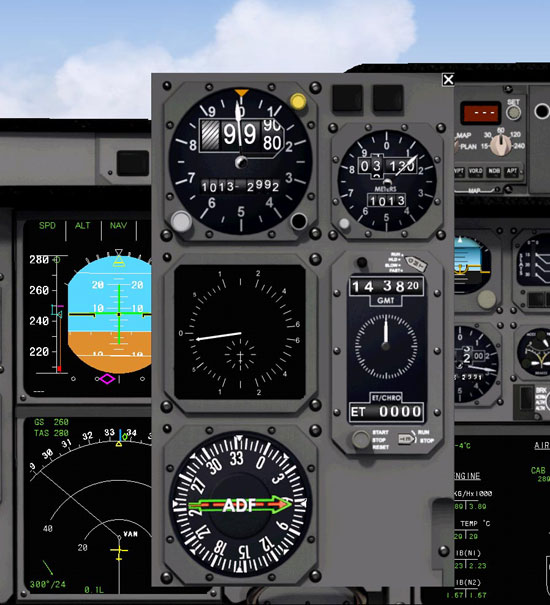 Reaching the first waypoint (VAN) the autopilot is flying in NAV mode while we continue our climb. NAV tracking looks good although airspeed hold mode is a bit spotty with fairly large airspeed fluctuations that I wouldn’t think would be normal on an Airbus caliber aircraft. Most of the light corporate aircraft that I’ve flown (King Airs and Citations) don’t respond very well to IAS mode hold, with small oscillations of +/- 4 knots or so around the target speed which can result in a noticeable pitch oscillation. From my many trips on commercial airline jump-seats I know that speed/Mach hold are used extensively and work rather well in those aircraft. 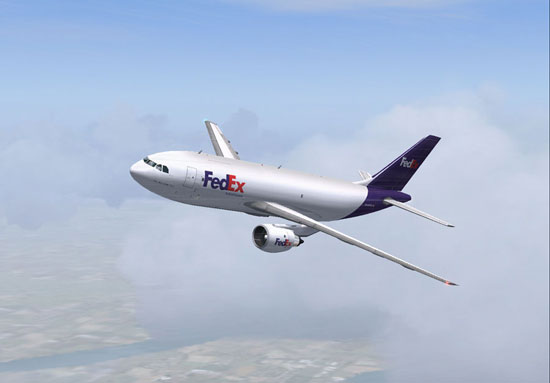 Continuing the climb to our planned route altitude of FL240 you can see the airspeed mode is engaged and set for 290 knots (the magenta line on the airspeed tape) but the autopilot has overshot it and is indicating 326 knots or so. The airspeed trend (the blue predictor line on the airspeed tape) is showing a trend toward the correct airspeed but as the auto-throttles respond to the speed request there is quite a bit of oscillation around the target setting. This mostly seems to occur during turns at waypoints and once things settle in they seem to stay pretty consistent. You can also see on the ECAM that I’ve turned on the wing and engine anti-ice since we passed through an area of visible moisture in the climb. 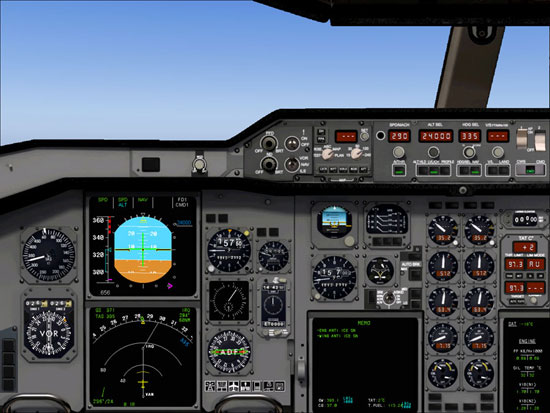 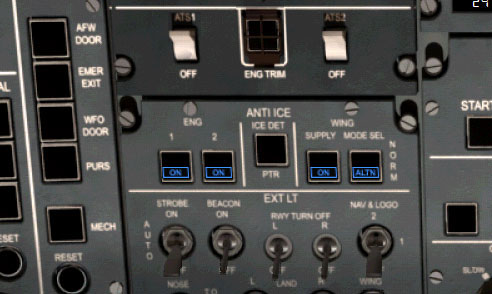 Traditional radio heads supplement FMC navigation so that course tracking and DME readouts can be obtained on the RMI or, if desired, the EHSI.