There is little time for sight-seeing and goofing off though. Even though this is an 800nm+ flight there isn’t much time to do anything other than fly the airplane, keep on course, and plan for the next phase of flight. We are already two-thirds of the way through the route and it is time to crack the books and start planning for our descent and arrival into Telluride.

One thing I don’t want to do is get caught high and fast while shooting an approach in an unfamiliar airplane to a notoriously unforgiving airport such as Telluride. Looking over the descent planning charts I can interpolate the “normal” let-down conditions by subtracting my planned terminal area altitude at KTEX from my current altitude. Reading the notes on the planning charts is always crucial since the data they reflect are based on certain conditions, in this case idle power during the descent and observing certain airspeed limitations which result in the charted values. I come up with 56 miles, about 8 ½ minutes, and a few hundred pounds of fuel to go from FL330 down to a comfortable terminal area altitude of 13,000′ (a safe altitude derived from the approach chart MSA). Now those numbers are for an “on the ball” pilot with experience, so I’m basically going to double those numbers to allow for a more gradual descent and an early arrival at 13,000′ allowing me extra time to configure the aircraft and prepare for the approach into KTEX. 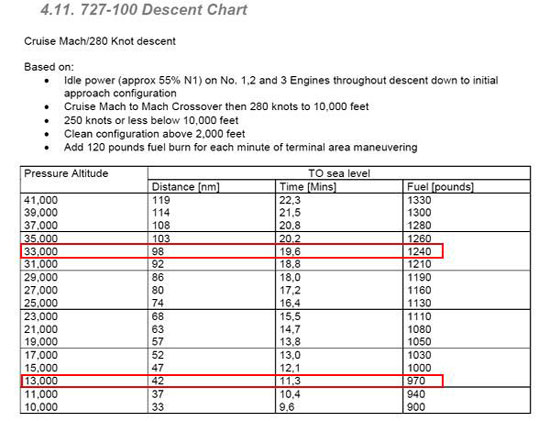 Doing some rough calculations I estimate my fuel upon arrival and come up with a gross weight of around 125,000 lbs. resulting in a 30 degree flap Vref setting of 120 knots. An obscure note in the QRH indicates that if the landing field elevation is above 2000′ then 30 degree landing flaps is required!

Coming across Grand Junction, Colorado it is time to start heading downhill. 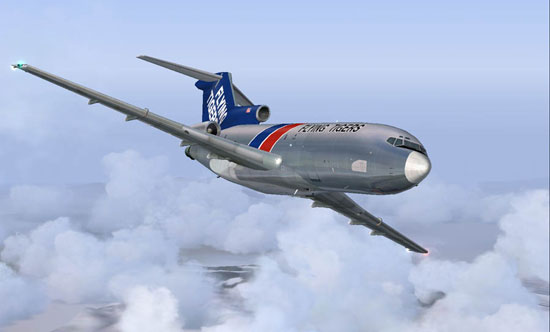 Pulling the throttles to flight idle I pitch the aircraft nose down using the auto-pilot pitch control and soon find the slippery jet bumping up against the barber pole on the airspeed indicator. I also notice that the weather below is looking a bit stormy as we descend into the terminal area north-east of KTEX. 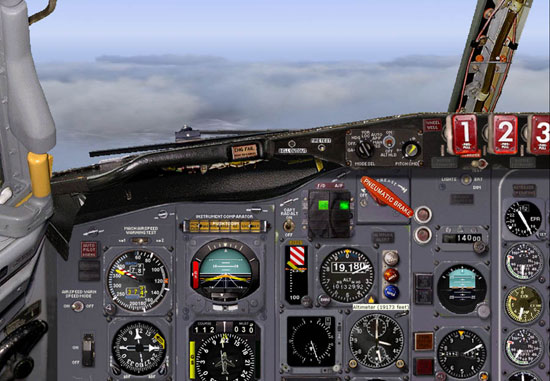 The undercast continues to thicken during the descent and I glance out the First Officer’s window as we descend into the clouds below. 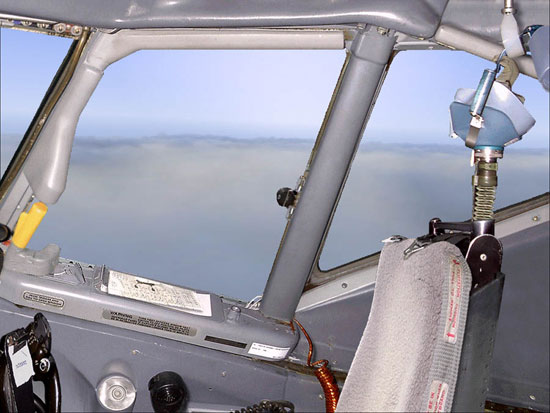 A glance out my side window confirms we are arriving in the mountains smack in the middle of an early spring snowstorm! 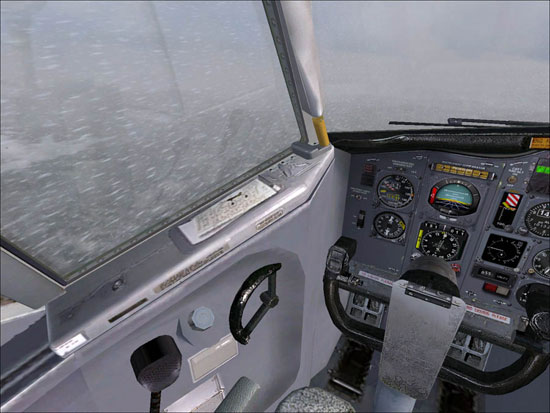 Turning on the engine and wing anti-ice systems we cruise through the murk and I’m cognizant of the very high terrain that lies to our left (east) as we descend to and the minimum vectoring altitude. I glance at the Ground Proximity Warning Switch and radar altimeter and ensure they are both turned on. 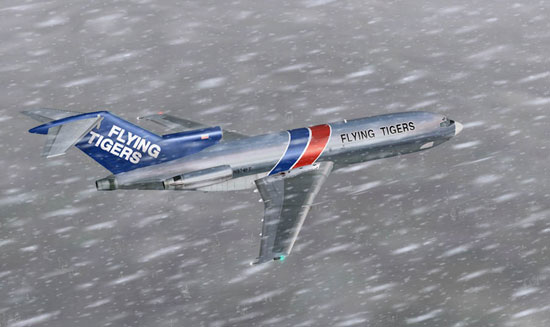