Fight To The Finish

We returned to the hangar to finish the competition. “Mad Dog” and “Black Angel” were given ten minutes in warm-ups to get the kinks worked out before facing off with knives. There was an air of excitement as “Rightstuffer” hauled a projector into the main room for the viewing pleasure of those assembled. A last-minute cigarette break was called for those willing to freeze to death outside. During the warm-ups, Carroll “Showtime” Richardson earned a victory against his CO, a possibly grim foreshadowing of the events to come. Showtime sidled up to me and asked, “Is there any way this can make it into the article?” Showtime, this one’s for you. 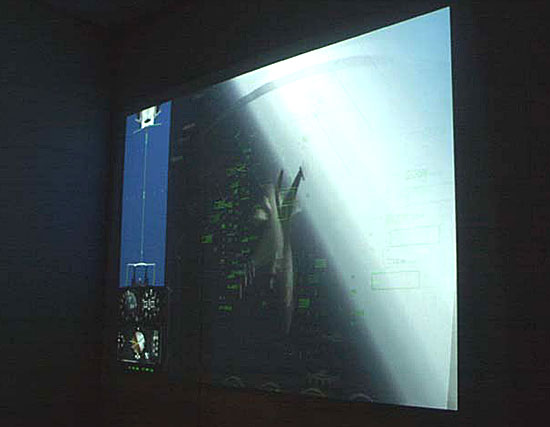 During this time, Paul Miller pulled me aside and told me, “You have to try this.” “This” was the Ribbstick, the creation of Dave “Ribbs” Patterson of Ohio. While the patent is pending, I can tell you that this is the home cockpit builder’s dream. It’s a flight stick that uses air pressure and sensors to give input signals to your computer rather than magnets or motors. 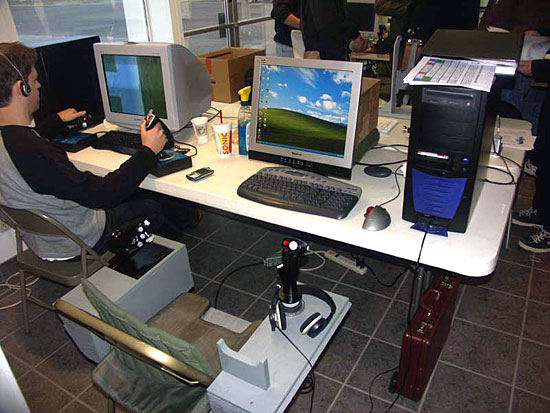 While most flight sticks need two movements to get one turn to work correctly, the Ribbstick only needs one input. There’s not more than three degrees of play in the stick, faithfully recreating the F-16 fly-by-wire system. You can either use custom grips or attach your own Cougar HOTAS grips to complete this device. After having flown it, I can tell you that there is nothing like it. You may think your CH throttle and stick may be the ne plus ultra of flight controllers, but until you use this you’ve just got a toy. Clark’s F-16 cockpit is equipped with one of these and Steve Joyner’s throttle assembly. And we wonder why the government buys there.

The fight began. “BlackAngel’s” face was mask of concentration and the crack of “Mad Dog’s” well-used Cougar snapped out as he grimaced when he missed his closing velocity shot and tried to heel it around to get back into the fight. He’d overshot his mark and “BlackAngel” had turned inside of him and won the first match. “Mad Dog”, a real estate broker and a competitor, was now determined to beat his younger rival. 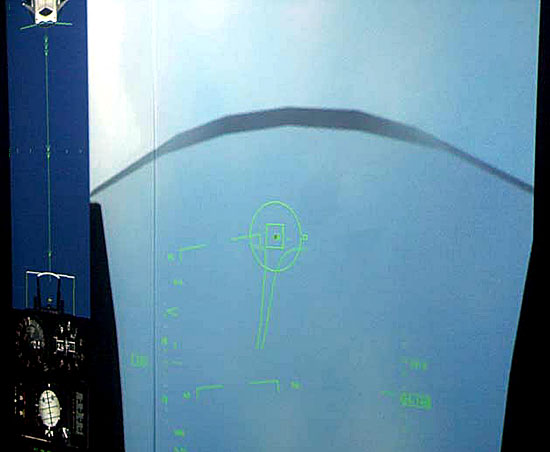 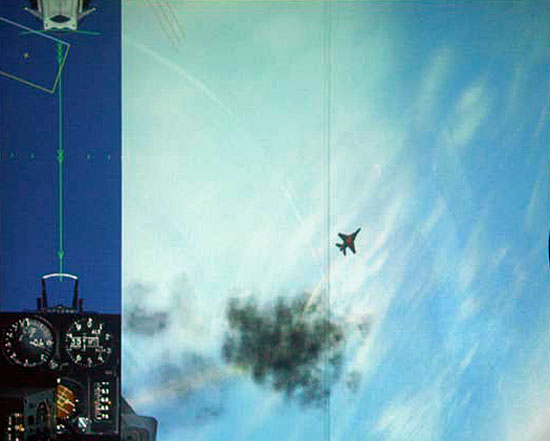 The second bout took longer as “Mad Dog” learned from his mistake and tried to bleed off a little more speed and turn into his opponent. After several minutes of twisting, “BlackAngel” was once again able to get his nose on the other pilot and a brilliant explosion ended the title match. The third was played for pride. This time, “Mad Dog” had gotten the better of the other pilot, but was “Winchester”. The match ended when “BlackAngel” allowed his CO to ram him from behind. Insert your double entendre here.