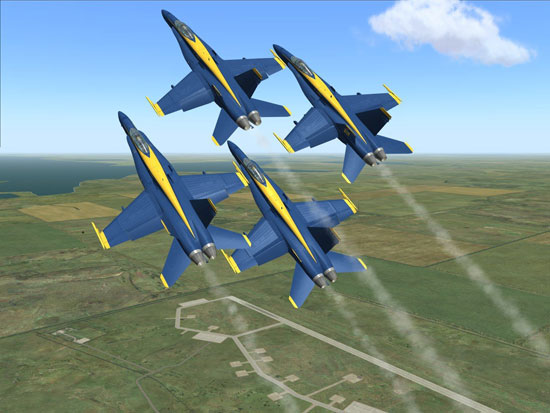 Q. How often do you practice?

A. The whole idea is to emulate the real Blue Angels as closely as possible both with the flying skills and the professionalism. So in order to achieve that, we practice about 4 hours a day, five days a week, but we wish we could do so much more. Each flight takes about an hour and 15 minutes, then we debrief the flight using Lock On’s replay feature to see what went well and what we need to work on. We use the voice program Ventrilo to communicate live both during the flights and debrief. It takes an unbelievable amount of practice to be good at formation flying, so it’s something you have to do almost everyday. Sometimes it takes weeks to perfect just one maneuver, others just click — that’s the nature of the beast.

Q. What challenges exist practicing in a multiplayer environment?

A. Wow, were do I begin here? First and foremost would be internet lag in the simulator and on Ventrilo. Just one warp in the flight can bring a whole practice to a quick end. Battling high pings can be a challenge, as our pilots live all across North America. The timing of the Diamond Aileron roll requires us to anticipate the exact moment to move the stick, for example.

The hardware we use can also play a very big role in how the whole flight will go. For instance; forgetting to turn on your TrackIR, low FPS in flight/stutters, joystick problem’s the list goes on.

Q. What did you use to capture the footage?

A. Fraps captured the video clips from the Lock-On replay. To get a fluid frame rate for the movie, the footage was captured at one quarter speed then sped back up 4 times during the video editing to account for the 7 frames/second capture rate that occurs with Fraps when you have high resolution graphics settings and anti-aliasing turned on.

Q. How did you edit the footage?

A. The footage was edited with Sony Vegas. The idea was to try to get an airshow feel, but with the added benefit of having cameras right up close to the action, which you don’t usually get to see from the ground. Vegas makes the fades simple to do, and you can add any number of sound tracks depending on the requirements of each scene. We also tried not to go overboard with the special effects, which can detract from the flying. 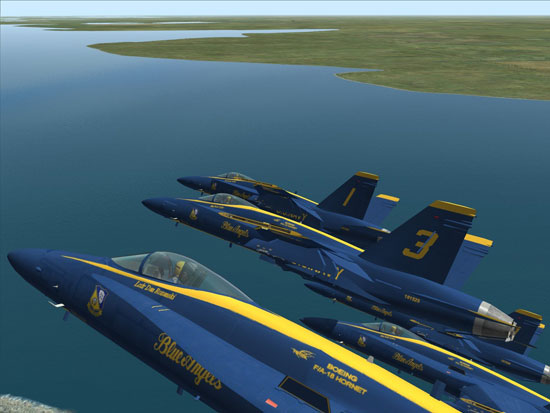 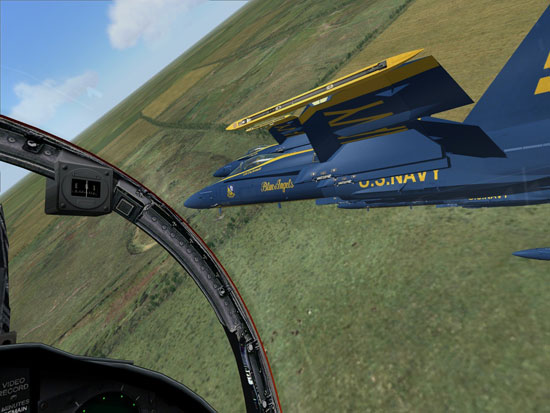 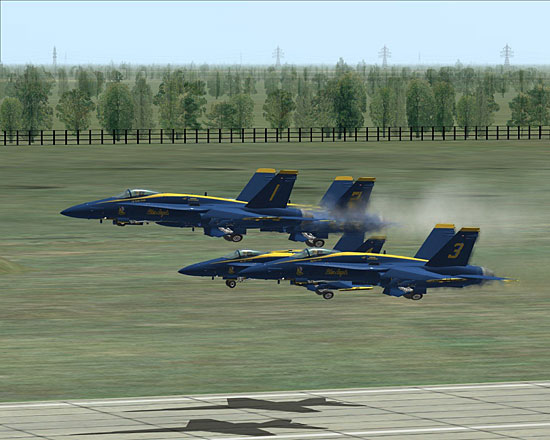