This article is the first in a series which describes the life of an independent developer on essentially a zero budget trying to create a competitive combat flight sim. Our game, Air Ace Online, is a World War II themed air combat game focused on dogfighting.

Why create a flight sim?

Essentially, Air Ace is a homage to Red Baron.

For those of you who never played Red Baron, the key aspect of Red Baron that really appeals is the fact that it wasn’t pretending to be the most realistic flight sim, and yet it felt good to flight-simmers. It was perhaps the most user-friendly and easy to get into flight combat simulation and our goal for Air Ace has always been to make it incredibly user friendly and not require a huge manual to get in and play.

For any game developer, there is always a trade off of time, money and features that can go into the game.

For a small indie developer, this becomes an even more important factor. Making sure that you spend time on only the important parts of the development that will make the experience work for the player is the overriding rule if you are going to be able to complete anything.

One of the early trade-off’s we had to deal with on Air Ace, is the choice between using our own technology or using something else and modifying it to match our requirements. There are pros and cons to each approach, but considering the time it takes to create technology capable of comparison with high-end flight sims and the huge budgets of the pioneers in the field, it becomes a pretty clear decision.

So our first major step forward was to decide to use an existing game engine and modify it to deal with our specific requirements.

Luckily we already had a lot of experience with the “Torque Game Engine” published by GarageGames and available at an unbeatable price for indie developers. The key factor being that essentially we could reduce our development time by being able to concentrate on only features we needed to make the flying experience work. Rather than wasting our own development time trying to put together menu systems, resource managers, etc. 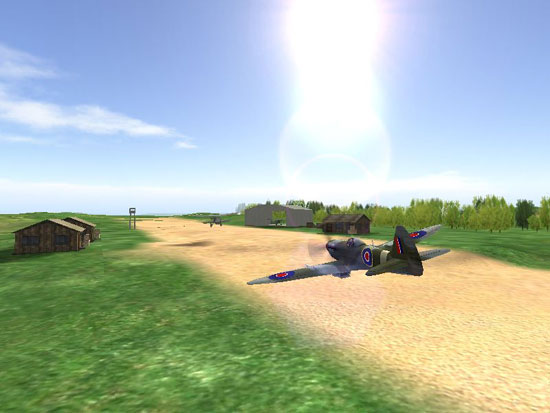 The other reason that choosing TGE was such an easy choice, was the nature of the people who created it. These guys are some of the nicest guys you could ever meet and have a history of creating great games. Not only that, but being essentially a Phoenix from the ashes of Dynamix, it seemed fitting that using an engine by the creators of Red Baron is our choice because our starting point for the style of the game was Red Baron.