So given we had an engine choice, what is the next step towards shipping?

Given the goal of having the most user friendly dogfighting air combat game on the market, we had to decide the major features of the game. At first, we started prototyping the game using biplane 3d models found on the Internet. This at the very least proved to us that creating a flight simulation was possible with the engine. During the development it became clear that artistically there are some issues with visibility when you have the upper wing of a biplane visible and used in a first person view from the cockpit. There was an artistic choice to be made, do we stick with biplanes or do we go with monoplanes and change the era slightly? Given that choice, artistically it made sense to change to the monoplane era and given that we were all fans of planes like the Spitfire, it was a relatively easy choice.

Our next problem was to work out a main feature set that we considered “enough” to provide a good playing experience without trying to create so much content that most players either would never see it, or wouldn’t care.

We lucked out in a way, because our focus on dogfighting and ease of use led us to discover a game which thankfully contains all of those features, a game called Air Attack. Through the UK Air Attack Club website, we learnt of a game which was at one time incredibly popular, but which unfortunately has now become very hard to gain access to. Air Attack has an interesting history and judging by the people who still support the game it seems that the game certainly had a special magic. Unfortunately it has been reduced to running on a single server in Korea, with connections limited and essentially reduced to an application and invitation basis. The help and advice from the players at the Air Attack Club has been invaluable in our efforts to concentrate on only the features that are required to make the game play well.

Community is such an important factor for indie developers. Given that we cannot compete with the budget and content that huge development companies can create, the main reason why a game player would choose to play an indie game, is that the people who are developing the game are not removed from them. Essentially the players get to communicate with the developers, they get to feed back into the development. As an indie we are not only making a game for ourselves, we are making a game as a service to our community.

So design wise, the focus is on making sure that the game is easy to get into, has lots of features for community building and still has enough of the high quality content and the experience of flying is of a high enough quality that players really feel like they are in combat.

One thing that every indie developer has to face, is that development takes a huge amount of time and effort. This means that often people who are on the project change as their other commitments and priorities change. This makes it definitely more of a challenge to create something worthwhile. The best you can hope for is to gather a core group committed people and to make sure they know they are appreciated and given scope to really craft the game in their own way whilst pushing them gently towards a final goal.

Throughout the development of Air Ace we have had many great people join and leave the team. Often things have moved incredibly slowly, other times we have made some great progress. Such is the nature of the beast that we have to be sanguine about the speed of development, only sure in the knowledge that the final game will at least be something that we and hopefully our player community can take great pride in. 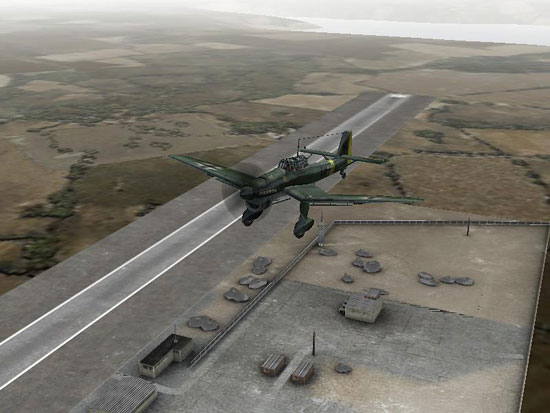 One of the interesting problems for indie developers trying to manage their project, is that there are often different ways to approach a problem. For instance, given the goal of having a specific number of planes in the game at release, we have to then gather the artwork for those planes. This might seem as easy as “gather enough artists, get them to model the planes and you are done”. But what if the main artists leave the team?

During an early stage of the game, we were unfortunate enough to have this very thing happen. Roger Bacon, the other partner in the early days of the project had to leave (yes, paying the mortgage does take priority over creating a game). This can often spell the death of a game, but given that at least one of the team still believes in the game, it does not have to. Given the departure of Roger, we decided to pursue other means of delivering the artwork for the game. This has led to various different arrangements including paying contractors, attempts at licensing already available planes (unfortunately still too far beyond our budget) and has gone as far as technology/art trades.

The key factor here is faith. Faith that a project has value and that realizing that project will happen no matter what the circumstances. Nobody can make a developer have that faith, they have to have it internally. Fundamentally we believe that Air Ace will be a great game that players will want to play, we have faith.