It started with a phone call. My editor, Doug Atkinson, called back in 2005, asking the question, “Hey, what are you doing next July?” It turned out that the first visit by the International Flightsim Convention on American soil would be on the first weekend in July. Considering how hot Texas gets in the summer, I readily agreed, thinking that at least for one weekend, I wouldn’t have to worry about dying of heatstroke. 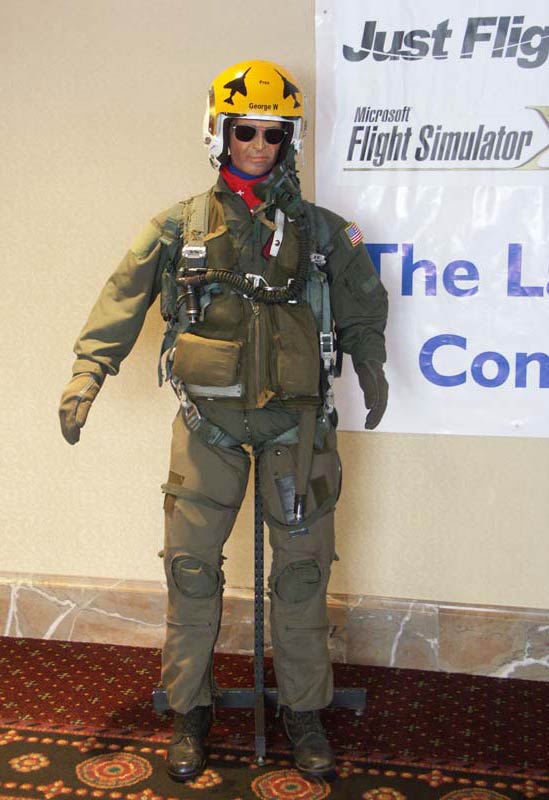 IFC is, for the most part, a celebration of flight simulation in general. A good portion of it is dedicated to the Microsoft Flight Simulator platform and the nearly 200,000 add-ons it has spawned in its illustrious 25-year history. While IFC Global certainly isn’t exclusive to one product by any stretch of the imagination, the influence of the largest-selling flight simulator software in history is undeniable.

I would begin my journey from Austin, Texas to Denver, Colorado, flying by United Airlines. I hadn’t flown commercially since 9/11 and the last time I’d gone ‘wheels-up’ from Austin, the old Bobby Mueller Airport was still running. During my college years, many was the time I visited friends going to school in Austin and College Station and invariably I had to drive past the airport whose fences were right up against the service road of Interstate 35, and I was almost always driving at night.

It wasn’t unusual to be driving along and have yours and a dozen other motorists’ vehicles illuminated by the landing lights of a Boeing coming in low over the freeway. It wasn’t a stretch of the imagination to wonder if tonight was the night everyone was going to get squashed by an airliner, either. Mueller has long since closed and I’d be flying out of Austin-Bergstrom, a former Air National Guard airbase that — like so many others that had been closed — had been converted to general aviation use. The biggest reason for the new airport had been the close proximity of houses to Mueller. Judging by the urban sprawl below me after takeoff, I give the City of Austin six months before they’re defending themselves in court over noise abatement.