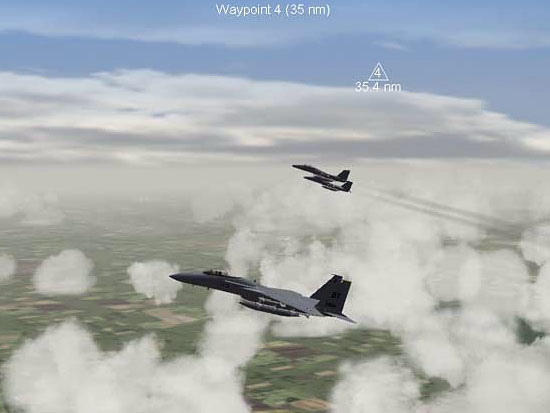 Most developers and publishers would consider it a very stupid idea to patch their previous releases to match a new product they’ve just released and are trying to get out the door. So, count TK as a very unusual and very dedicated individual to offer you the upgrades needed to make his older titles look startlingly like what he’s just released. EA would call that sheer insanity. TK would call it good business practices and we’d have to agree with him.

It makes perfect sense, especially when you have a common code between all three releases and you’re trying to keep as much of ‘open source’ feel of the game as possible. He makes everything to a standard and makes every new add-on follow the ‘rules’ in order to successfully incorporate it. This enables the user to freely trade everything between titles. Want an A-4B in single missions for Wings Over Europe? Move the folder.

The most visible change you’ll see in the latest Service Pack (what are we, up to number four now?) is the layer of 3-d volumetric cloud cover. It looks like cotton candy before they add the food coloring, but it’s nice. The palette of haze is not the only thing you’ll see on the horizon anymore. There were also new (and gorgeous) out-of-the-box afterburner effects on the F-15A that are jaw-dropping. The Easy radar is much clearer and looks more like what you’d think a radar screen would look like, and definitely adds to the sensation of realism for those of us who like the simplified settings. 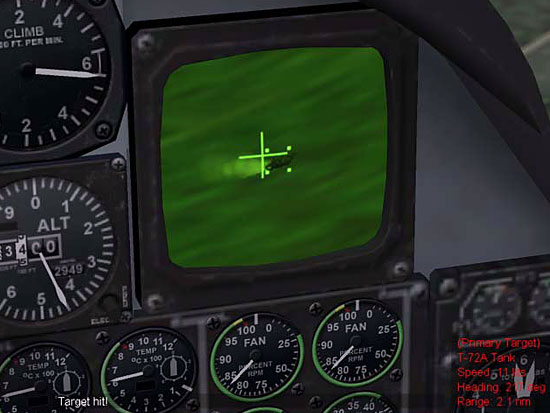 The external models look like they’ve been cleaned up a bit and have more detail than previous offerings. It’s just a prettier simulation. The details and textures of each plane look sharper and only in Lock On will you find as much attention to detail paid to enemy as well as friendly aircraft. Those who’ve played it remember that inJane’s F/A-18 the only aircraft with any kind of serious detail was the Super Hornet. Everything else had a blocky look to it. We’ve come full circle again with yet another comparison to Fighter Anthology in the sense that everything gets equal treatment and the game still runs well. 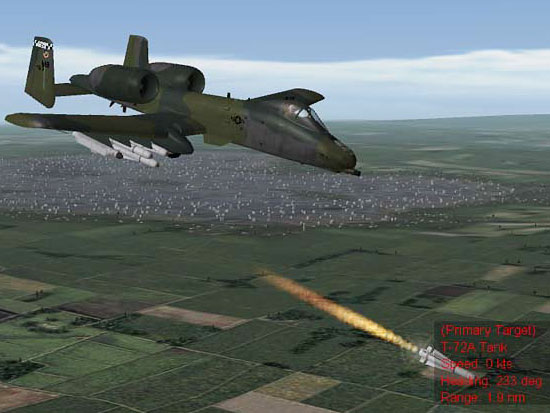 Another thing that has been added to all releases with the latest patch comes out-of-the-box in Wings Over Europe. This is support for EO targeting and the weapons you’d use in that respect. The stock A-10A Thunderbolt II is a joy to fly. Seriously. It’s fun. When you bring up the AGM-65 Maverick, the EO screen comes on and whatever target you’ve selected is right there in your crosshairs. Just squeeze the trigger and away it goes. Nicely done, TK, nicely done. Also, the GAU-8 Avenger 30mm cannon on the nose of the A-10 kicks up some beautiful fountains of dirt before completely obliterating whatever you were aiming at. 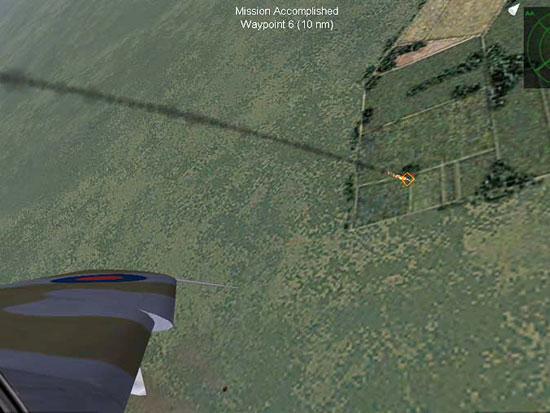