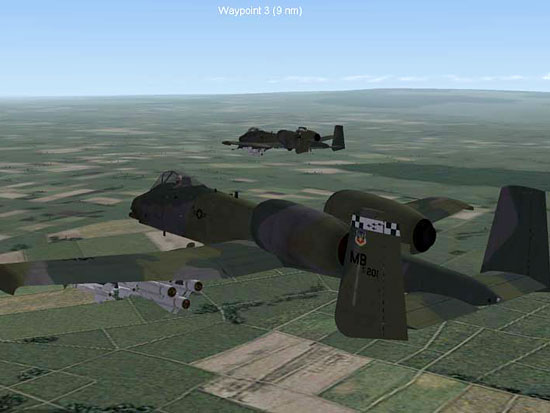 So is it worth $30? Yes. For those of us who haven’t the time or inclination to go messing a few hundred files and prefer the old-school ‘if it’s not in there, it’s supposed to be there’ approach, then by all means, yes. Pick it up for the simplicity factor alone. It gives you scores of content with a one-click installation.

We old codgers really appreciate this. TK may be a gracious guy and allowing you to make previous titles look like new, but jacking around with many hundreds of files for hours on end with no guarantee of success (lots of trial and error involved here) to save $30 doesn’t make any sense. Especially when you could march down to your local retailer (or order it online and let the Postal Service or UPS spend the gas money) and be playing already.

The old “support the developer” argument does carry some weight, too, though less with some of those who review games. We’ve “supported the developer” by buying some really awful titles in the past and regretted it. This is not one of those titles. This purchase is worth the money.

There are some gripes. A still-lacking multiplayer experience, the omission of several Cold War stars (like the MiG-25) as either adversaries or friendlies, and a Hawker Hunter that seems to have the wheelbrakes locked on takeoff, but these are small, minor and really don’t detract too much from the overall package and are certainly not reasons to hold off from buying.

For those of you wanting more from Wings Over Europe, don’t worry. Thanks to the efforts of many in the SFP1 community, there exists a vast cornucopia of add-ons and fixes that are completely compatible with this latest release, but you better be willing to do some serious editing and exercise a lot of patience. No two users’ installations are alike and what may work flawlessly for one may crash someone else’s rig. This is the nice thing about Wings Over Europe. It already contains a lot of material you’d have to download and saves you the time and agony of doing it yourself. Take it from rank amateurs. Editing ini’s has been known to be a lot like practicing bleeding.

For the entire package, the $30 price tag is low and you get a lot of content for a small price. If you had not ever heard of the previous releases and this was the only title you’d ever bought that used the Strike Fightersengine, this would still be a bargain, well worth the time and money you’d invest in it.

This review completed using the following: