Me, I’m a “player” of the simulation. I have even called it a game. While flying “full real”. So there. Bbbbffffftttt.

As to simulation pilots, I love these people. They have done all the work for me, constantly providing the “correct” names for the various parts of aircraft and filling the forums full of technically perfect explanations and definitions that I can never seem to retain.

But I digress. This is about plane part names.

Back when airplanes were little more than an interesting way for the smartest and most daring of the population to cull themselves from the gene pool, they decided that each part of the aircraft be given a special name unique to it in order to be taken seriously. 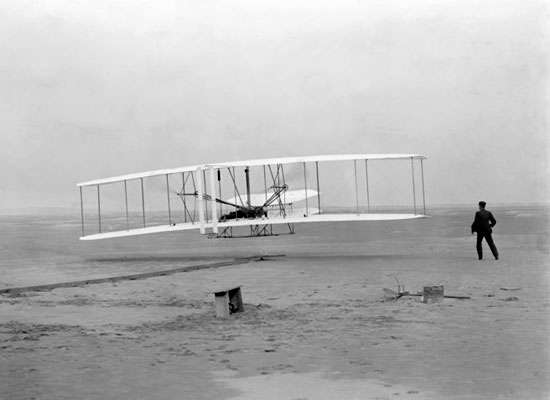 Their contraption required a set of boards placed on the ground under and in front of it in order to take off. Rather than call it the “long board takeoff thingie,” they christened it a catapult. Yeah, right. Unless one counts the four stout fellows pushing the plane to get it going initially, there wasn’t much catapulting going on. It was just a long board takeoff thingie, and was suspicious enough of a tactic to have some in the aviation world at the time say it was a dirty cheating trick to get claim to the title of first powered flight.

Most likely right after kicking themselves for not thinking about it themselves.

Then again, since a heck of a lot of pioneers at the time were from and in France, we can consider ourselves lucky it was an American team that came up with it. Who the heck can get the spelling of trebuchet right on the first try?

Being new to the airplane game, the Wright brothers lacked sufficient imagination to come up with a lot of unique names. They called the spinning things in the back that made it go propellers, just as on a boat. There is some historical mention of the phrase airscrew, but that was discounted due to the impossibility of installing lavatories on the underpowered, open air efforts of the time. The long things sticking out of the sides were called wings. And the thing that stuck up and down that made it point the nose left and right was called a rudder.

Dashboards and Ailerons and Tail Wings, Oh My! Page 2