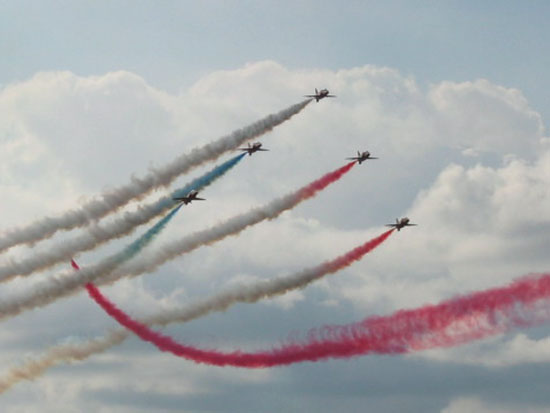 The latest of a long line of Farnborough airshows took place recently at the former site of the Royal Aircraft Establishment. This year saw the UK airshow debut of the Airbus “Superjumbo” the A380-800. As well as this there were a plethora of other aircraft on display as well as a huge trade presence (the trade stands formed the largest temporary structure in the world and during the week long trade show $30 billion worth of trade was done).

Going on the final day of the display it was immediately clear that many of those attending had packed their bags after the trade visitors left on Friday. Almost all of the entertainment chalets were locked up so much of the airfield looked more like an out of season holiday camp rather than the UKs premier aircraft display convention.

Farnborough is held biannually (held on the alternate years to the Paris airshow). Last time it was held there was a general feeling that, despite being the birthplace of aviation in the United Kingdom, Farnborough’s days were numbered. The defense industry was in recession and competition from the Berlin Airshow as well as airshows in emerging nations such as South Korea and India meant that Farnborough was going to have to raise its game in order to stay in the fray. The organizers have certainly made the show far more appealing to those in the aerospace industry though this year the public days seem to have suffered as a result.

Entering through the turnstiles to the East of the airfield we passed several private aircraft and a heavily guarded V-22 Osprey before being confronted with a Royal Navy Lynx and Agusta 129 Mangusta displaying its armory to us. All the time an AH64D Apache Longbow was hovering around the surrounding airspace. To our left was a Eurofighter Typhoon and a prototype of the new M-346 Italian jet trainer. Heading toward the enormous mass of the two Airbuses in front of us (an A340-600 and the massive A380-800) we passed a C27J, M-311 as well as a plethora of Augusta helicopters including a brace of EH101 Merlins and a rather pretty A-109 in Swedish Air Force colors. Passing the might of the Airbuses we could look across the main runway and could see the Battle of Britain Memorial Flight’s Lancaster, Spitfire and Hurricane joined by a couple of other Spitfires, Caroline Grace’s two seat MIX and Rolls Royce’s beautiful PRXIX. Also on the other side of the runway was Boeing’s 777-300ER and, stored in a secured area away from the rest of the show, the military aircraft which would be displaying. 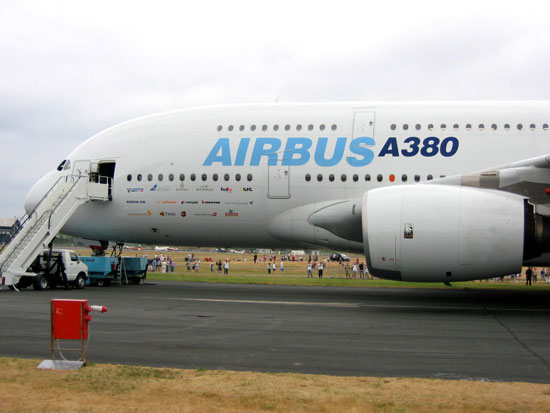 26 AIRPLANE PLANS BUILD YOUR OWN VINTAGE ULTRALIGHT AIRCRAFT ON CD