The helicopter modeling in FSX has been reworked significantly from FS9. Many people (of various experience levels) complained that FS9’s modeling of the (admittedly) complex control inputs necessary to control helicopters was way overdone, making helicopter flight in FS9 more like a ride in the Tea-Cups at the State Fair. FSX addressed this by essentially dumbing down the helicopter physics even when they are on the most difficult (realistic) setting. I suspect that realistic helicopter modeling lies somewhere between FS9 and FSX although I’m a fixed-wing pilot in real life, so I’m way too smart to get involved in that debate (rotor-wing pilots just aren’t right in the head, let’s face it.) Despite all my uninformed speculation, I do think that FSX makes flying helicopters… fun (gasp!). They seem to have hit the right mix of realism and playability that makes flying the helicopters an exercise not in futility, but of excitement and attainable challenge. And once again the external 3D model and VC make these abominations of aerodynamics a blast to fly. Now also might be the time to say that under most conditions, the water effects in FSX are as spectacular as any I’ve seen in any sim, including Silent Hunter III. 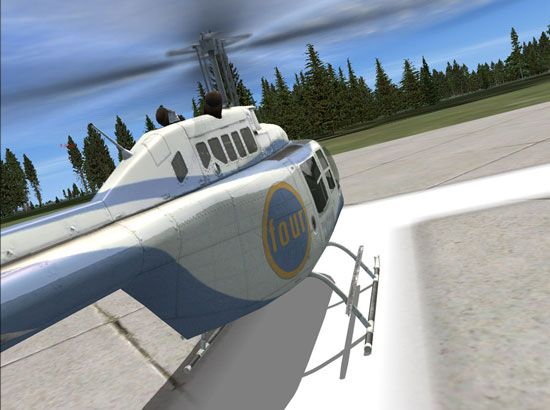 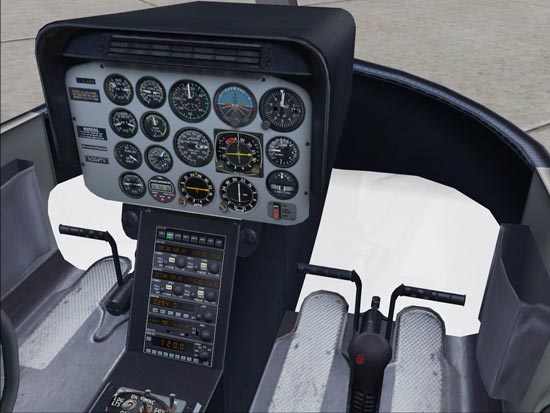 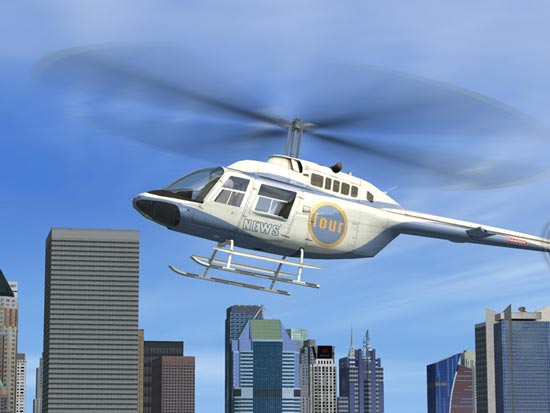 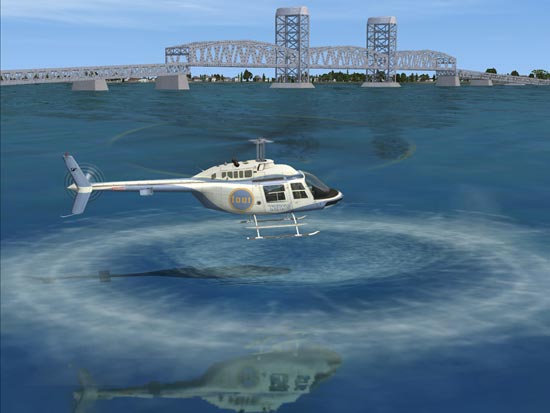