With the lack of an FMC in the larger aircraft you are relegated to using the Garmin 500 for off airway navigation. The unit is very capable although I don’t think it brings anything to the table that wasn’t already a feature in FS9. I like to use it to keep track of my position relative the airports I’m shooting approaches at. I spent a large amount of time (probably an inordinate amount) shooting coupled approaches and checking out the capabilities of the autopilots on the small corporate planes and jets. Almost without exception the autopilots functioned precisely, capturing courses, altitudes and glideslopes without problems. Occasionally I’d see an overshoot on a localizer but the deviation rarely exceeded a single dot deflection. Setting up approaches with reasonable intercept angles and airspeeds are the key to getting stabilized captures and approaches in both sims and in real life. The autopilot handled configuration changes (flaps and gear) with aplomb although I did notice some unusual characteristics associated with usage of the speed brakes. I noticed the speed brake problem (if it is a problem?) while hand flying and I haven’t pinned it down to whether it is specific to certain aircraft or not. The problem is that deploying the speed brakes results, in some cases, in excessive, almost immediate high descent rates instead of a gradual reduction in speed and a slight deterioration of lift. I’ve also noticed some aircraft experience rather abrupt pitch changes upon deployment of the speed brakes, something I’ve never observed to happen in real aircraft. I’m guessing that in some cases (aircraft config files?) the speed brakes are over-modeled. It’s also my understanding that FSX aircraft, like their FS9 counterparts derive their aerodynamic data from tables instead of how X-Plane derives it from the actual airfoil shape (a superior method as far as “feel” goes in my opinion). These are just my thoughts after observing the behavior though and I have no idea if I’m just seeing things wrong or if maybe these aircraft react like that in real life. 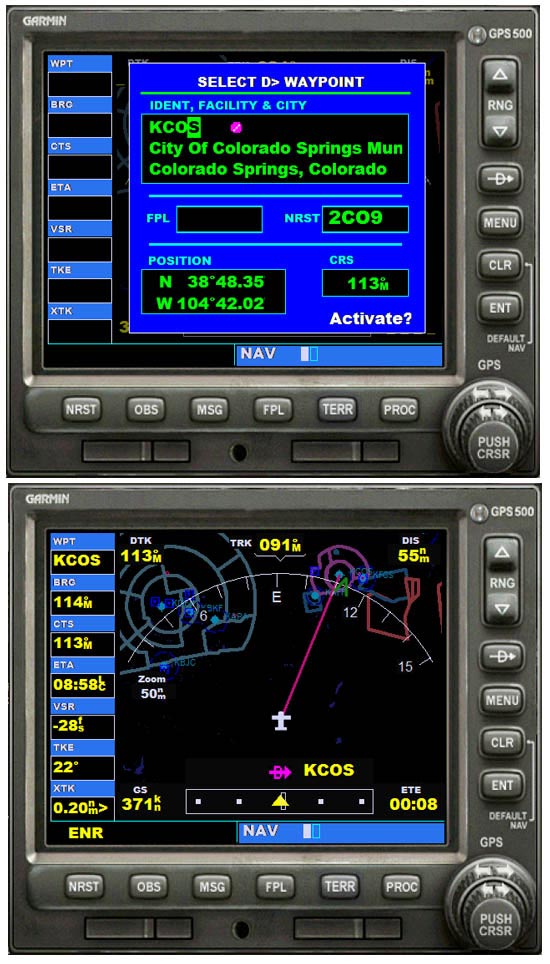 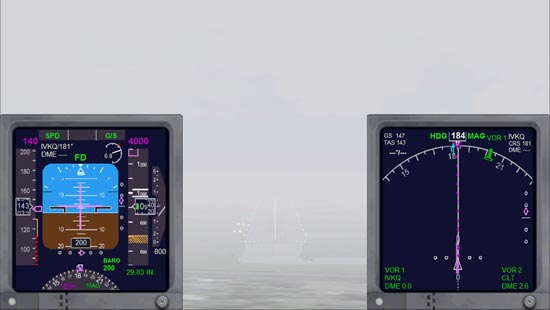 Since I’m on the topic of flight fidelity now is a good time to comment on that aspect. I’m impressed with the feeling of flight in FSX. The flight models for the range of aircraft included feel great and once you start throwing in environmental effects (wind and turbulence) you really start to approach the feeling of flight, in so far as a non-motion PC simulator can anyway. I ran a couple tests with the 747 freighter to look at how gross weight affected takeoff acceleration and takeoff length and though my results aren’t scientific in any way it is clear that gross weight has a huge effect on takeoff performance. For the tests I used the same runway at different weights and rotated the aircraft at 150 knots to about 10 degrees and waited for the wheels to come off the pavement. The first takeoff was done at Edwards AFB at near MTOW (near 875,000 lbs.) and resulted in a ground roll of about 60% of the length of the runway (roughly 9000’). The second takeoff was done at less than half the MTOW (about 410,000 lbs.) and resulted in a much quicker acceleration and a takeoff roll of only about 25% of the runway (about 3800’). So obviously FSX incorporates things such as weight into the performance calculations. A more detailed test would be required to determine if things like center-of-gravity and environmental factors (temperature and pressure) affect performance as well. 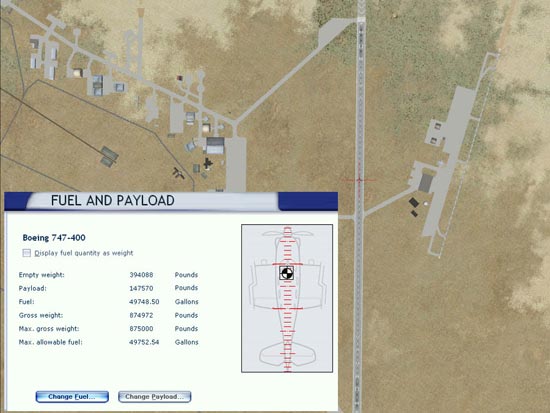 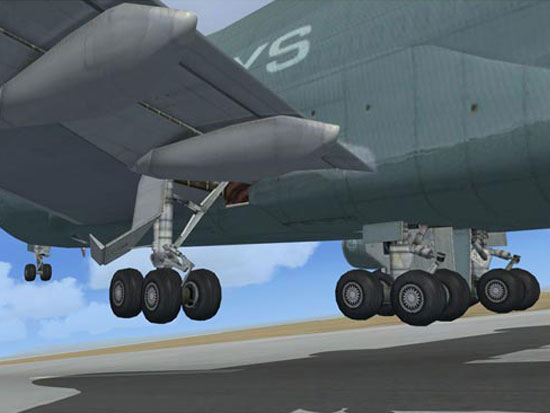 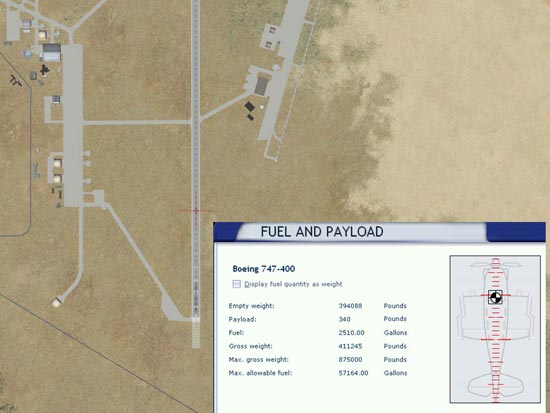 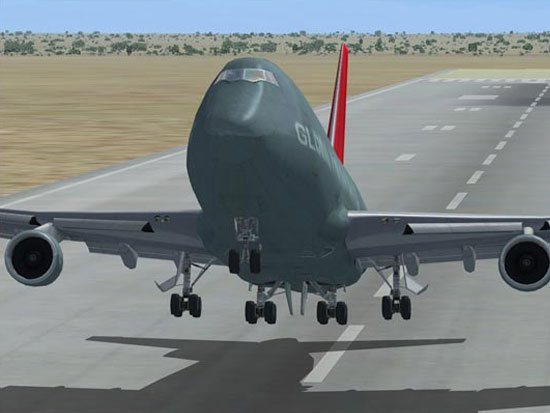