Before we answer this question, let’s have a quick review of what we’ve learned:

So, it’s clear that all we have to do is aim the nose of the aircraft past the target and, when the pipper gets to the target, we pickle the weapon off for a bullseye.

Don’t believe this for one, single moment. It ain’t that easy.

Error analysis…that’s what they do. This is such a broad subject that there is no way I can cover it here…and for our sims, it’s not important anyway. But, just so that you have an appreciation of real world fighter pilot skills, I’ll mention it briefly. Earlier in this article, we learned about flight path and release point errors. Error analysis applies only to release point errors and is the process by which the pilot recognizes that his dive angle, airspeed, altitude, or aim off point is not right. In the pilot’s weapons release manual, there are tables that display exact impact miss distances due to these release errors. 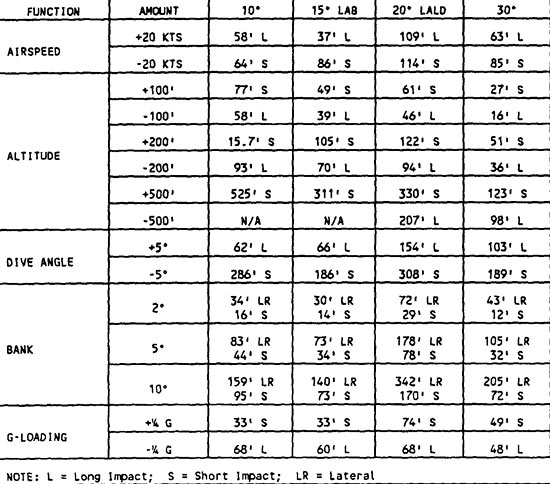 The pilot memorizes rules of thumb to apply to these errors. For example, if he is slow, he knows the bomb will probably land short…so he delays the release slightly to make up for that error. Or he may push up his throttle to add some knots to his release speed to increase the bomb range.

When the pilot makes a change, he is not just making a wild guess. He knows that if he is X knots too slow, then he should delay the pickle point by Y feet on the altimeter. In our other example, he will add Z knots to his speed at release. It is not unusual for a pilot to have to deal with more than one error at a time. Sometimes they are additive, meaning they add to each other…other times they are not. The combinations are almost endless…making error analysis a very dicey situation. Throw in the fact that the pilot only has a couple of seconds to first, recognize the error, and then, decide on the needed correction, and you can appreciate the level of difficulty involved in manual weapons delivery. Fighter pilots are not superhuman. The ability to do error analysis takes hours and hours of practice. Some pilots learn quickly…others never get it right.

So, here’s the bottom line. When the pilot rolls out with his nose on the AOP, he is expected to deal with a complex three-dimensional ballistics problem that is further complicated by the few seconds of time that he has to make any necessary corrections. Sir Isaac will win out in the long run…the weapon is going to hit the ground. Just where…in the bad guy’s chili or off in the boondocks somewhere is strictly a function of the pilot’s competence.

So, you ask, what’s the point? Is this going to make you a better dive bomber in your sim? Maybe, maybe not. But it will give you a better insight into real world fighter aviation. Next time you roll in on the bad guys, feel confident that even though you may not have to worry about these concepts in your sim, you have the background knowledge to better appreciate the challenges of the maneuver.

In subsequent articles, I am going to walk you through a variety of air to ground profiles and maneuvers, some of which you may see in your favorite sim…others you may not. No matter. I’m looking forward to that day when we all can get our hands on a sim that faithfully replicates air to mud. When that happens, you’ll be ready!! 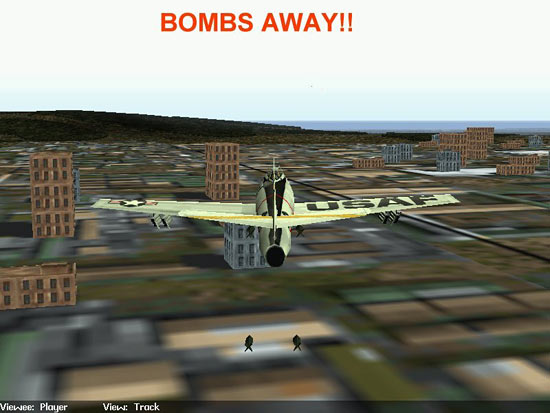