The air war in Vietnam was a big war. It spanned a lot of years…from the early 60s to the mid-70s. Needless to say, the conflict changed greatly over those years, so, let’s begin with a few definitions.

First of all, let’s do away with the term ‘Vietnam War.’ While it may be a popular term with the general public, we can and should do better. Most military folks use the term ‘Southeast Asia war’ (small caps intended), or ‘SEA’ for short. This is much more descriptive since the war was conducted in a number of countries in addition to South Vietnam. I mention this because close air support missions were flown in these countries as well. These countries include North Vietnam, Cambodia, and Laos. Missions that were flown in South Vietnam were known as ‘in country’ missions. So, were missions flown in these other countries known as ‘out country’ missions? No. They were just referred to as missions flown in the ‘North’ (North Vietnam) or otherwise by the country name. 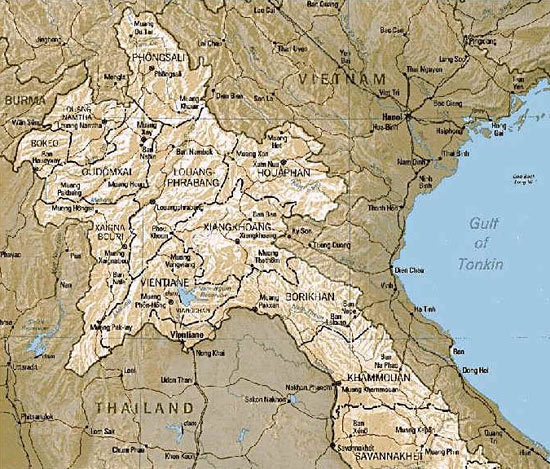 Close air support as a term brings to mind low level fighter attacks in support of ground troops. In the SEA context, we need to expand the term a bit. For starters, we’ll refer to it as CAS from now on.

Whenever we have fighters delivering ordnance close to friendlies, we always think of how we separate the good guys from the bad. In military lingo, this is known as ‘command and control,’ or C2 for short. C2 varied throughout the SEA war depending on where the good guys and bad guys were and the nature of the threat. The ‘command’ part of the term refers to the overall controlling agency. This was typically an airborne command aircraft or a ground command center to the rear of the combat area. Either of these command agencies would provide the target assignment to the fighters. As such, they were in ‘command’ of the mission. Once in the target area, the fighters would contact the ‘control’ part of the C2 function. This would usually be an air or ground forward air controller (FAC). The FAC would ‘control’ the attack. 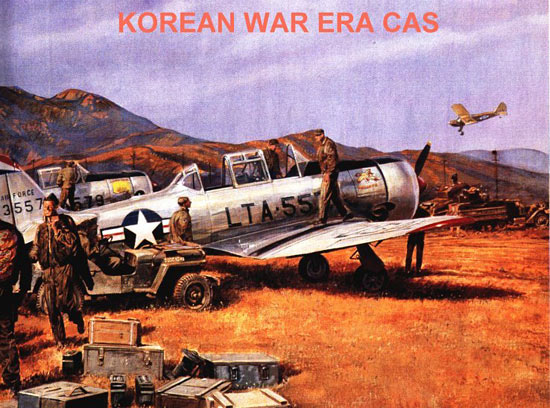 There was little evolvement in CAS from the end of the Korean War until the SEA war began in earnest. The primary FAC aircraft used in 1953, the L-19 Bird Dog, was still the primary FAC aircraft in 1964. The L-19 fit the bill for what air tacticians thought a FAC aircraft should be. It flew low and slow, had adequate range, and was equipped with enough radio gear to communicate satisfactorily with army ground forces. L-19 was an Army designation. In the USAF, it was called the O-1. 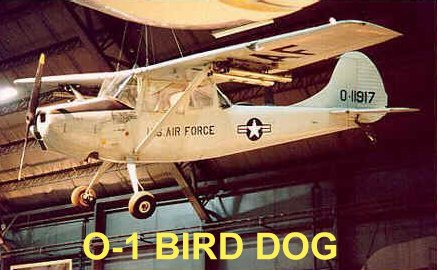 The O-1 was an easy aircraft to support…fill it up with gas, check the oil, and off the pilot went. It was based throughout South Vietnam at bases along the coast and near Saigon. Initially, many of the O-1 pilots were former fighter pilots. In the early years, a certain romance developed around the FAC units. Their exploits were widely reported in the media of the time. The USAF assignment process responded by selecting fighter or tactical bomber pilots to fill these slots. (In those days, the USAF had jet bombers like the B-57 to fill the need for a tactical bomber. This role would eventually be taken over by the F-4.)