Which is one of the joys the Strike Fighters-engined series of simulations. TK and the rest of the guys at ThirdWire have never tried to deny the obvious. This sim is about fun. But, the biggest present under tree we’ve opened is the nearly open-source feel of the whole she-bang. This is one simulation that’s literally open to interpretation

Where’s Charlie Glass When You Need Him?

Burning Sands 1983 is a modification meant and intended for the original release of Strike Fighters: Project 1. Rather than just a framework of a campaign, Vince H — the author — included not just the necessary campaign .ini files, but every single aircraft and ground object you could possibly need for the whole thing.

The original release arrives in a single Zip file. But look around in the decompressed file and you’ll find something that could have been placed on the shelves of Best Buy for $15-$20, and it would have been a steal at that price. It has more to it than many commercially-sold expansion packs for the latest multiplayer shooter. 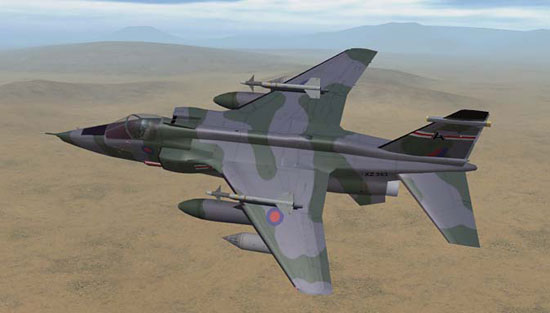 Vince H confessed that this mod wasn’t even his first choice. “I actually wanted to do a campaign based on the book Red Storm Rising by Tom Clancy,” he told me via email, “but we didn’t have a usable European terrain at the time.”  So, he went for the next best thing — a Middle Eastern conflict based around the same time period.

Anyone our age remembers the Tripoli bombings of 1986. I even remember Charlie Glass standing on top of the Grand Hotel in Tripoli with what had to be most self-satisfied smirk a reporter can have when they find themselves standing next to an international incident. However, unlike Operation: El Dorado Canyon, which was about two or three nights of festivities over the Gulf of Sidra, the American forces in Burning Sands 1983 seem to find themselves booked for an extended performance.

Vince H chose this time period because it’s one he’s intimately familiar with, having enlisted in the US military in July of 1982. Since you’re involved in a Reagan Administration-style game of bomb tag (no taps back) instead of crushing Soviet armor pouring through the Fulda Gap like Limoncello shots at Danny DeVito’s house, you’re going to find both ground- and carrier-borne all-stars we’ve come to know and love. 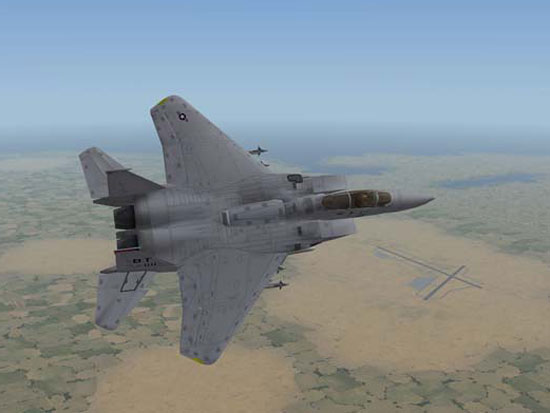 What’s nice is that since we have official support from ThirdWire for all sorts of precision-guided munitions, we can now recreate all the havoc without having to hear about a “Line Of Death” from some guy with a silly-looking military uniform and a bad perm.

The loadouts to match this capability were the hardest part for the author. In fact, Vince H sort of felt bad about the original release. “After the initial release of the mod,” he explained, “I felt I had let the community down somewhat by the lack of research done on the units. So, with the Service Pack 4 update, that gave me a chance to redeem myself, if you will.”

At this point I must differ with Vince in that no redemption was necessary. The original release flew fine, but he continued to support his creation by releasing the Burning Sands 1983 Update shortly after Service Pack 4 was given up for public consumption. The update was seamless and resulted in an even better experience. Vince H maintains his best work was the arrangement of the carrier units. As a naval aviation fan, I have to agree.

What I really appreciated was Vince H’s continued support for his creation along with TK’s continued support of his entire series. I’ve said it before and I’ll say it again, when was the last time you saw a developer offer updates for his older software to bring it up the exact same standard as his new releases?  When you get a mod author that’ll do the equivalent, you know you’ve got a dedicated pro.

So, whaddya get to fly?