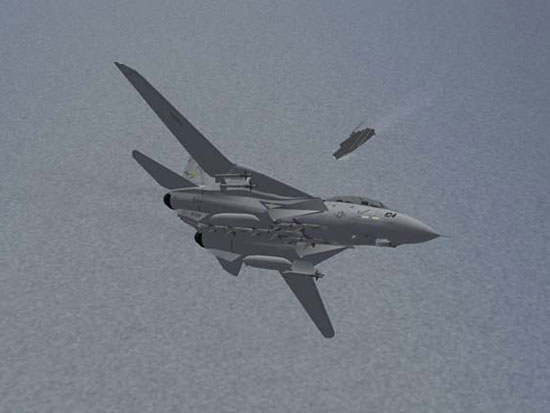 All of the Destruction, But None of the Nation-Building…

The US Navy is sitting in the Straits of Dhimar with about six or so squadrons of firepower. You can do top cover for naval airstrikes in the F-14A, pulverize that damned warehouse in an A-7E, or shoot some Parani jet jockey in the lips before bombing a runway in your F/A-18A Hornet. As much versatility as you see in the ocean, there’s as much or more from the US Air Force.

Vince H’s favorite is the F-111A Aardvark, but there’s also an F-15A, The Hog, the Block 10 F-16, two other flavors of the Vark, and of course, the F-19A Frisbee by Julhelm, which was the clincher for Vince H to give this campaign a try. The RAF joins the fun with the Jaguar, the ADV and IDS variant of the Tornado, and a very interesting F-111K in RAF livery. I think I speak for most of our British fans when I say, “Dude…sweet…” 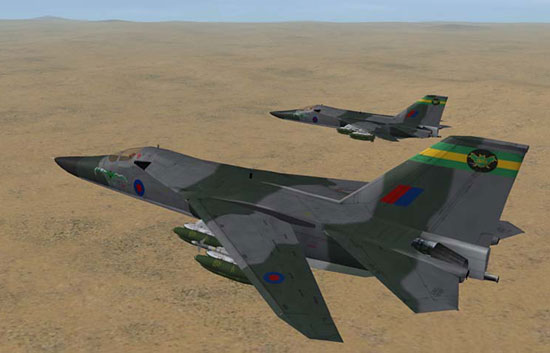 Ostensibly it’s the same campaign as what you see in the stock Burning Sands campaign, but with slightly newer implements of horrendous destruction. And it’s not just our side that gets a kick in the shorts. The Paranis are now fielding everything we’ve come to know and love about the Soviet Union from MiG-17Fs to the Foxbat-E. Throw in their female tennis standouts and gymnastics teams, (plus a wreath and a fat guy), and you’ve got Christmas. 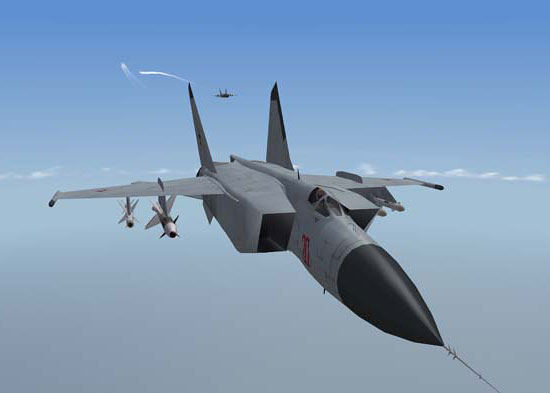 The campaign is extremely versatile. Want to add a squadron of A-6E Intruders?  Download it, pop it into the “campaign_data.ini” file and go pound the crap out of hardened targets in the middle of a thunderstorm. You can make any tweaks you want to the default campaign and I’ve not had one crash yet. Not one. It’s unsettlingly stable for something as complicated and diverse as it is.

Get it. And do it while it’s still free. In many ways, it’s better than the stock campaign simply because it’s aircraft that many of us grew up watching at air shows. You can download it from here at CombatACE.

It’s stable, it’s diverse, and well worth the time and bandwidth.

About the Mod Author

Vince “Vince H” Hankinson hails from Aiken, South Carolina, but currently resides in Columbus, Ohio where he is a full-time Technical Supervisor for a communications company. In addition to a simulations hobbyist, he is also an accomplished percussionist and drummer, and, true to his Southern-bred roots, he is an avid NASCAR racing fan.

It’s What Would Have Happened If ABC News Was Right…