The ability to climb very high without the necessity of oxygen to keep the pilot conscious was great concern.

Q. How is hypoxia modeled?

A. We plan to model some aspects including ones that affect the pilot such as weariness with G-forces, wounds, hypoxia and maybe some other aspects.

Q. When one of the crew is wounded, how does the other crew member react?

A. Well, it still isn’t modeled (re: earlier multi crews comments) but I think he will try to make an emergency landing and land as fast as possible, as it was in reality.

Q. What sort of add-on support will there be for modding skins, the flight model, damage model, objects, maps, missions, campaigns?

A. After the initial release: skins, missions, and campaigns.

Q. Will the GT team be offering add-on aircraft after the initial release?

Q. Is there any expectation of third party inclusion?

A. Well, at the moment we can’t pay for third party modelers. Maybe in the future. Right now we have one person who is a volunteer.

Q. What will the player be able to modify in the sim?

A. Its still under discussion, but “for sure” as I described above: skins, missions, campaigns. 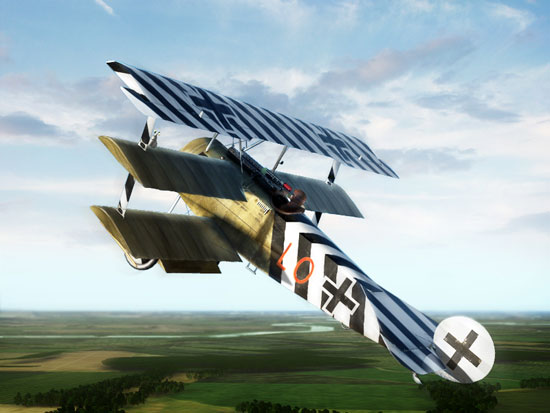 Q. How many will be able to play in one multiplayer system?

A. This question is under development right now, so no answer yet.

Q. Is it LAN capable?

Q. Will there be a cooperative mode?

A. Yes, also we plan to add one or two new modes of online game.

Q. Can you fly cooperative mode against the AI, or only against human players?

A. Against both / mixed. Also its planned to have AI in dogfight mode.

Q. Will there be the ability to host your own game, or do you have to go through a service such as “Gamespy”?

Q. How will multiplayer cheating be prevented?

A. By our own protocol protection system.

Q. Will the protection against cheating be a third-party application such as “PunkBuster”?

Q. How does a server enforce what flight model online aircraft use?

A. It will check it with its protection mechanism.

Q. Will there be a distinction between offline and online flight models, as was done in RB3D?

Q. Can you describe the online environment in some detail?

Q. Will the ground features (such as buildings) be destructible?

Q. How much will missions other than dogfighting (such as ground attack, photo recce, arty spotting, balloon busting) be supported?

A. It not yet decided, but we will try to implement all important types of missions for proper gameplay. 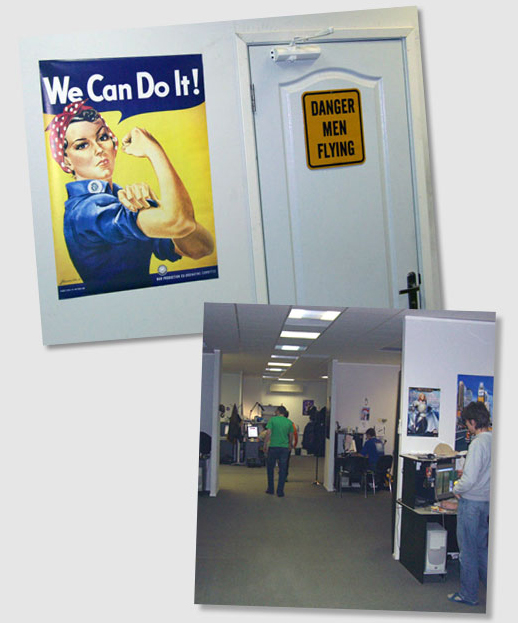 The entrance to the kitchen with an appropriate sign. Below: A look down the hall at the workstations area.