We were also treated to the 2 upcoming add-ons for the IL-2 Series: “Sturmoviks over Manchuria” and “46”. They include numerous aircraft and a bevy of fictional machines. They depict fictional combat between the Soviets and Germans. These additions to IL-2 should add some legs to the game play and I’d suspect we see some new missions and campaigns which take advantage of all this great content.

“Oleg Maddox, Ilya Shevchenko and Ubisoft are proud to present the next add-on in the series that started in 2001 with IL-2 Sturmovik. Sturmoviks over Manchuria covers very different aspects of WWII under the same roof, offering such varied possibilities as the Soviet-Japanese conflict at Khalhin Gol in 1939, Japanese defense of Iwo Jima in 1944, and Soviet assault on Berlin in the spring of 1945.

The add-on finally models the long-awaited one true heir to the series namesake, the IL-10 Sturmovik. Entering combat in 1945 right at the end of the war, this aircraft went on to see almost three decades of service with Soviet block countries, receiving the NATO designation Beast. Other new planes include the A-20C bomber, one of the chief attack aircraft of the early war that saw service with virtually every Allied air force; and seven new Japanese fighters and three Japanese bombers that range from the Ki-27 Nate, the plane that fought against the Flying Tigers in 1941, to the N1K2 George and J2M5 Jack, the two most advanced Japanese fighters of WWII.

The add-on presents all those aircraft in two large static campaigns that cover such wide-ranging topics as the Japanese defense of Iwo Jima, Soviet use of the IL-10 against the Third Reich over Berlin, and against the Japanese Kwantung Army over Manchuria.” 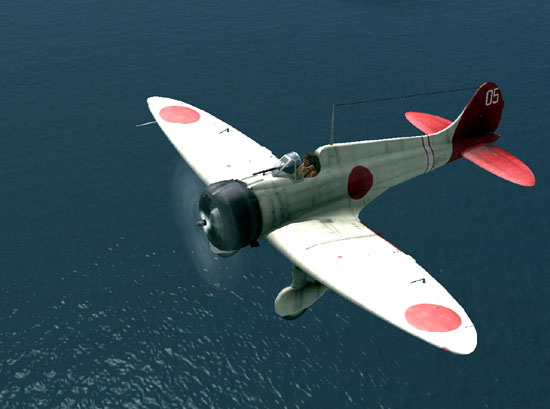 You are Captain Sergey Kozlovzev, Squadron Commander of the 59th Guards ShAP. In January of 1945 your regiment received the new Il-10 Sturmoviks, and after several months of state-side training took part in the Soviet assault on Berlin. Captain Kozlovzev will face a difficult task: to successfully evaluate the battle worthiness of the new Sturmovik while flying over the war’s biggest battle. After fighting over Berlin, Kozlovzev is transferred to the Far East, where the Soviet and Japanese armies are preparing for an imminent outbreak of hostilities.

By the summer of 1944 the Japanese island defenses are barely holding. Many crucial battles have not yet been fought, but for Japan the war is already lost. In June of 1944 the 301 Navy Kokutai makes a difficult long flight to Iwo Jima and prepares to defend the tiny island from the aircraft of the US Navy. The Japanese pilots come up against incredible odds… The few that survive are transferred to the home island, to defend Japanese cities and factories from B-29 raids, and roaming fighter-bombers and escort fighters.