On a Friday,
Rise and look around you,
On a clear day,
You can see LA… 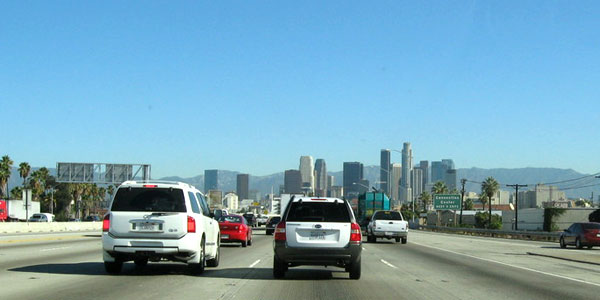 It’s been a while, so I forget that Los Angeles is actually surrounded on several sides (but not the ocean side, of course) by mountains. So when I arose this fine Friday morning, and looked outside my hotel, it appeared unusually bright. And it was. Except when I made the crossover from the 105 to the 110 North, I could see downtown LA. I mean really see it. Not just some hazy image of large buildings, but crystal clear. And I saw mountains and other areas of the landscape hereto hidden from my eyes.

But not today, my friends, not today.

And it was just the beginning of an eye-opening day at E For All and some crystal vision.

Before we get further into that, I want to talk a little bit about the attendance of E For All. I have heard some accounts that bemoan the lack thereof, and perhaps that is true, especially if you compare it to E3, not the 2007 version, but past versions. Well, it’s all a matter of perspective, isn’t it? If you’re there, waiting in line and looking at the crowd of other people waiting in line with you, it seems like a lot. Keep in mind that the event opened at 11 AM Thursday and Friday, for Media and VIPs only, and for the general public at 3 PM. Obviously, one would expect the crowd to increase exponentially for the Saturday and Sunday shows.

Of course, if you come up to the end of the line, thinking it’s the beginning, you might hear someone say, “Excuse me sonny. The line ends here, it begins there! 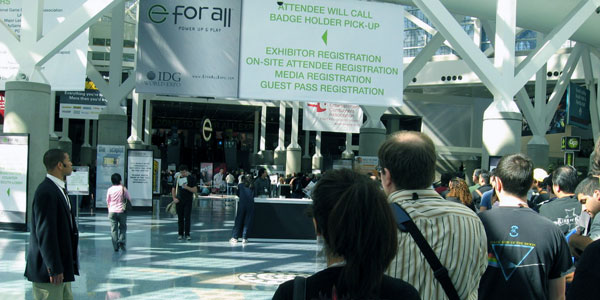 All a matter of perspective.

There was a band playing, and in case you’re wondering what the band looked like during the Cattle Call when they open the doors to VIP’s and Media and the like, here they are. I call this “And the band played on”. The one guy is charging someone. I don’t know why, but it was intense for a moment. Meanwhile, back in the lobby, there was floor painting going on. Confused by all this jumping around? Right! How about some Girls in White Satin? Are you dizzy? Me too. OK, I’ll settle down, you go grab another adult beverage. I’ll wait. Right! 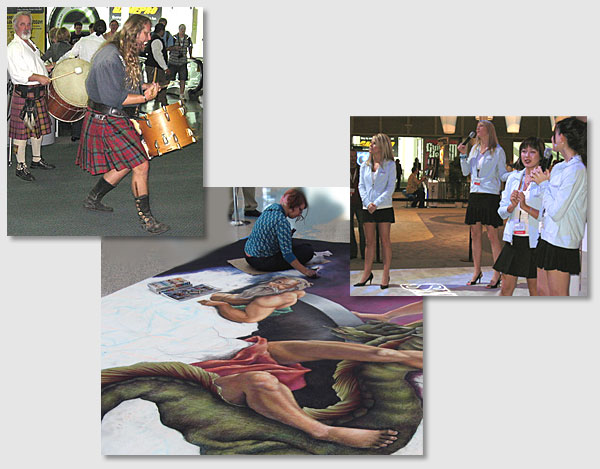