Our annual commentary on the good, bad, and the ugly (ugh!) in the world of simulations

We here at SimHQ have a long history of recapping the humor, the greatness, the near greatness and yes, the weirdness and stupidity in simulations at year-end. This year we’re trying something a bit different than the usual “best of” and “year-end award” articles.

2007 was an exciting and boring year. Like that pilot thing of “two hours of terror permeated by five minutes of boredom”. Ehhh, right. 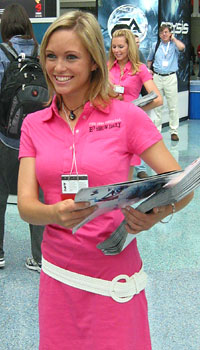 It was our 10th Anniversary (yeah!) which we celebrated with our friends.

With very few actual new releases in sims we were all stuck looking at mostly the same stuff with some new mods (again). Rinse and repeat.

But watch out for 2008 which may be the best we’ve seen in a decade. Yes, that long.

In the Forums, World and Current Events has stuck it’s nose under the Community Hall tent flap this year from everything to debating the existence of God in a thread on amateur astronomy to the debate on just how much juice you can crank up on a taser when confronted by a drunk on a lawn mower who’s about to relieve himself. Coming Soon: how “9/11” was orchestrated by the pharmaceutical industry.

So, let’s take a look at the successes and failures, the oddities and the totally asinine of the year 2007 in simulations. Face it. We all have morbid curiosity like when you slow down and look when passing a train wreck.

On with the show!

What is a squirrel

I won the Semi-Final round!

Over 70 Pages of STALKER Madness!

The staleness of gaming all over becomes quite visible. Bioshock was hailed by critics as being the best ever and offering something new. I tried the demo and from that alone it was clear that although it offered good graphics and good fps as well as a sinister universe, it was just another shooter with fairly scripted events and very limited freedom of movement inside the universe. You could basically only go one way to progress. A most overrated, overhyped game IMO, but a very fitting image of the state of the entire sim industry, pc or console.

Now that You Mention It

Do you realize most of our beloved hobby is based on software that is older than your kids?