Besides the excellent single player of Call of Duty 4 (which I’ve played to death) and Armed Assault, was the game of the year for the multiplayer only reason, while CoD4 is a close second with an excellent singleplayer campaign and pretty good, but not great, multiplayer.

Yes, Armed Assault won-it-all even thou there are still game killing bugs in the software like the super-duper enemy AI, and dumb friendly AI. Because of the SimHQ members that join most Sundays and Monday nights, and “Wepps” dedication to the SimHQ exclusive missions, its tough to find a better deal. 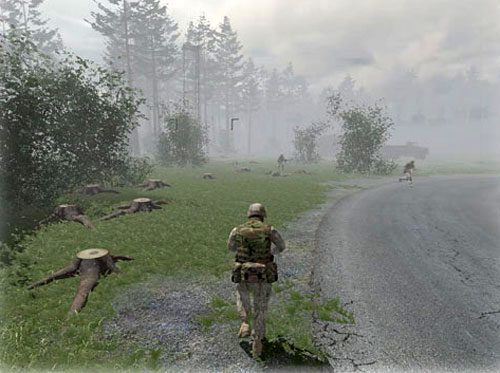 Of course, if a 2006 sim can be re-nominated the king of the year, then in my opinion you have to think of Steel Beasts Pro PE. Though people still complain about the higher than usual price tag and the fact that it’s not really as jazzy graphically or ease of use wise, it is a fantastic simulation of armor combat with a support team that is second to none. And it’s only getting better with a major update coming within a week or two of this writing. That’s 5 updates for the game with new vehicles and new features each time. 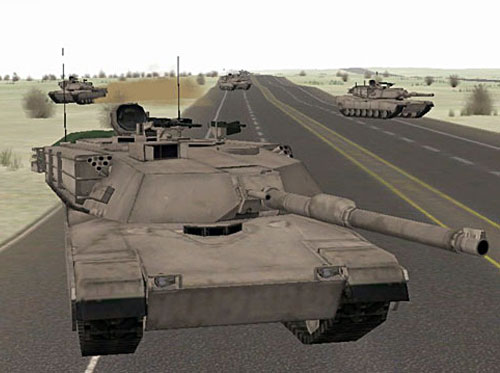 Steel Beasts Pro PE… best damn simulation of the year (even if it was released in 2006).

GRAW1 and GRAW2 are both good games in there own right, the support and following is nothing near the original Ghost Recon. 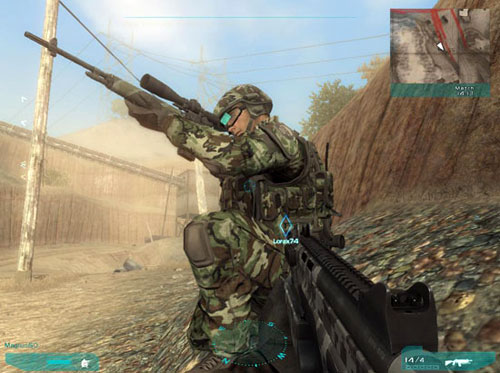 SWAT4 was the greatest police tactical shooter ever, but I guess it’s dead. No announcement or word on a upcoming new version.

Rainbow Six came through with the winner “Vegas” after that terrible carnival shooter “Lockdown”.

But still none capture the close quarters combat of the original and Raven Shield. America’s Army for the PC was one of the greatest tactical shooters until they released an update that ruined it and had more bugs then ever before, and to this day, are not being addressed. Like they forgot about it, or hit-a-wall with the once outstanding tactical shooter.

So what I’m saying is, there have been a lot of good games released this year, but none seem to measure up to the true tactical shooters of years ago.

My biggest complaint of the year is all the new games have aliens and monsters. When did tactical shooters start taking that nasty direction? Crysis… a lot of cool ideas, beautiful landscape, but then really that’s about it. Just another shooter that leads to killing some aliens. Half Life 2… though a good game, just long and boring at times, and again… aliens. FEAR and it’s add-on… cool game, but… monsters (at least they weren’t aliens again!).

Then there’s the shooter / RPG things such as Bioshock and HellGate London. Where are all the true tactical shooters?

Then there is the squad shooter changes that have happened in recent years. Everything that’s coming down the pipe is based on the Battlefield 2 type of squad shooter gaming. There’s at least three BF2 style rip offs or copies.

Everything coming out is more of an action game like Battlefield 2 and / or Call of Duty 4… but what true squad tactical shooter is coming? None that I am aware of.

That’s my rant about this crappy gaming year for Land and Armor Simulations. We can hope for better in 2008.

A big thanks to “Ssnake” and theeSim Games team. They provided us a great product, visited, responded and contributed in our forum, and constantly added stuff to their already great sim,Steel Beasts Pro Personal Edition.

A SimHQ member got his work published this year. Congrats to “Dslyecxi” for his terrific Armed Assault Tactics, Techniques, & Procedures Guide.

Thanks to “Wepps” SimHQ had some outstanding Armed Assault Missions for “Serious Sunday” and “Military Monday” that are being picked-up by servers all around the world.. And now his The SimHQ Multiplayer Campaign is in production. Thanks buddy! Your contributions are appreciated.

When the SimHQ server wheezed, there was “+G” to cover the activity with his Armed Assault Server. Thank you sir!

Some of the in game screenshots players such as “Razorback” have grabbed look so real you think you know these people.Take a look hereand you’ll see what we mean!