Well here we are closing out another fun and jovial year here at the SimHQ Naval Headquarters. 2007 has brought us some memorable moments, along with some very minor disappointments. And since I have the responsibility to report and summarize this year’s activity within the Naval Combat Arena, I have to honestly say that I have some fond recollections to talk about and a few items that I could rapidly forget. I will try to briefly address the lion’s share of the key naval games, along with some modifications, that got released this year. At the end of my report I will also officially announce my preference for the coveted SimHQ Naval Game of the Year 2007, for which will not be much of a surprise when it is officially released. However if I miss one of your favorites please forgive me because this has been a somewhat active year for naval combat simulation games compared with years past. So lets get started shall we?

There has been many games released this wonderful year of 2007, for which have not only revolutionized naval warfare in several different forms, but have actually made it an interesting year on the seas as well. There have been some huge technological advances taken by game developers this year that has taken many casual gamers by complete surprise. 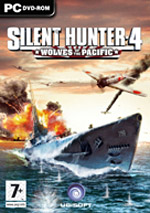 For some gamers those advances did come with a price to pay. Be it that you had to upgrade your video card or build/purchase a new system completely; it always seemed that you were always behind the power curve when that next new naval game got released. It appears that it is a never ending cycle of upgrade one year, and the next year you are doing the same exact thing as your bank account dwindles. The year of 2007 was no exception to that rule.

The graphics capabilities within the naval games released in 2007 kept on getting better and better; however each of those improvements that the developer made, quickly took a bite out of everybody’s pocketbook in one way or another.  And since we are on the subject of graphics, in the realm of pure graphics artistry, for which is a game’s ability to display outstanding “eye candy” for the wholesome enjoyment of the players, that nudge would be with Ubisoft’s release of Silent Hunter 4: Wolves of the Pacific. 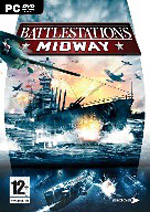 This release gave you absolutely breathtaking graphics and made the Pacific Ocean actually come “alive” right within your PC screen. If there was a runner-up in this major category, I would have to say that EIDOS’ release of Battlestations: Midwaywould be that title. It as well gave you crisp and stunning visuals that made you just feel that you were in the midst of a major sea battle in the Pacific.

Game sound achievements this year has also brought us some outstanding improvements over years past. However this category is just the opposite of graphics, concerning any costs involved anyway, because it normally did not require any new hardware purchases for you to garner the splendid effects the new game provided. In the game where the immersive sounds, musical score, the environmental ambient sounds, and the way it actually “drives” each player to keep playing a particular game for hours upon hours was more apparent this year than in the past as well. This type of sound quality was brought to the forefront this year again in Silent Hunter 4: Wolves of the Pacific. The explicit musical score, the sounds of the moving sea, the interaction between the sub’s crew, and just general alarms and explosions made during this game, made it worth playing for hours at a sitting. 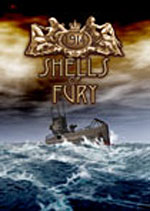 You can almost visualize yourself as the star of a Hollywood movie as you watch your sub moving along the ocean’s surface under the cover of the moonlight alone. Again,Battlestations: Midway also had almost those same qualities as well, but were not as well accomplished and administered, as it was brought to you in SH4.

Then there is the category of naval pirate games that infiltrated the stores and download sites throughout the Internet. The majority of these were online multiplayer only; however there was a couple that had single-player campaigns as well. The games that I have memory of are Voyage Century, Tortuga: Two Treasures, Pirates of the Caribbean: At World’s End,Pirates of the Caribbean Online, Pirates CSG Online, and Sid Meier’s Pirates! There are probably more that have skipped under my naval radar, but these were the most prevalent in 2007.

Moving forward there are several of other naval categories that also have to be mentioned for their 2007 releases, and those would be in the areas of “historical”, “strategy”, and “arcade” action naval combat games. The “Historical” games were showcased this year in a couple of releases like the WWI U-boat simulation of 1914: Shells of Fury andCarriers at War. Secondly, the “strategy” category would be encompassed by the newly released Larry Bond’s Harpoon – Commanders Edition which is an excellent title for all those that like to plan out medium to large scale naval engagements. And last, but not least, the “Arcade” action naval game was represented by a good naval combat game titled Attack on Pearl Harbor. Another category that has been left out, but should never be disregarded, is that of “civilian” ship simulators. These simulations have absolutely no naval combat involvement, just the freedom of sailing your own vessel around in the seas, the lakes, or on the riverfronts. 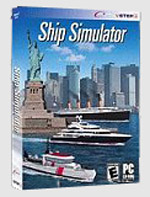 A couple of titles of this nature that quickly comes to mind are namedVirtual Skipper 5: 32nd America’s Cup and Ship Simulator 2008, which is currently released in Europe.

In the arena of “Modifications” that were released to the public, for which the gaming community itself provided to enhance a particular game’s experience, there were huge steps taken in that region as well. It was my initial intention to name each and every “mod” that was released for Silent Hunter 4: Wolves of the Pacific, however after some thorough research on that subject, addressing all of them would take more space here than I am formally allotted. I am sorry for not being able to accomplish this, but let’s just say that SH4 right now is a very “hot” title these days when it comes to modding to enhance its gameplay. 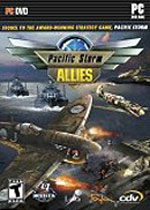 Also some “honorable mentions” needs to go out towards some additional modification updates towards Silent Hunter III, along with some “feature updates” towardsHarpoon, that round out this category.

Almost every major PC game that comes along normally has some sort of an “Expansion Pack” that is released several months, if not within a year of the initial release date of that particular title. 2007 provided us gamers at least one of those new add-ons. The one that was released in the UK is named Pacific Storm: Allies and was released as a follow-up to Buka Entertainment’s successful WWII action RTS title named appropriately Pacific Storm. The US version of this same add-on is scheduled for a January 2008 release.

Now for the long awaited portion of this 2007 SimHQ Naval Combat Year in Review, for which everyone has been patiently waiting for. What could this be? Well it is my official announcement of my choice as the SimHQ Naval Game of the Year 2007! This title was brought to you by developer Ubisoft and is none other than:

So ladies and gentlemen, that concludes my 2007 SimHQ Naval Combat Year in Review, which has given you almost every important naval game that has hit your corner game stores within the year of 2007. Even though 2007 has been considered by many in the naval community as a sub-par year for naval combat simulations, the majority of the titles that were officially released are considered as “quality” products in my opinion. None of them were utterly disastrous adventures that you would quickly discard or return to you corner store. I personally am looking forward to 2008 already, with high anticipation for new titles like PT Boats: Knights of the Sea, which will actually start out the New Year, along with some other very interesting naval simulations like the add-on pack for Silent Hunter 4 currently named U-Boat Missions is due up in 2008. I am swiveling in my seat right now just thinking about what is forthcoming within the realm of the Naval Combat game. Taking into consideration the technological improvements alone, that we will be seeing in the new games of 2008, I can see it will be an active year on the seas. I hope everyone had an outstanding 2007!

Silent Hunter 4: Wolves of the Pacific

Neal and our friends at Subsim Review have done it again! If you haven’t seen the 2008 edition, have a look here!

Hopefully the Naval Combat Simulation catagory will “stay afloat” long enough for PT Boats: Knights of the Sea to finally get released this January 2008 as predicted by its publisher. There is also hope that publisher/developer Ubisoft will put forth an extensive update to its highly successful Silent Hunter 4: Wolves of the Pacific, for which they will put players back at the healm of a German U-Boat. And we can always look forward to those ship and sailing simulators that only my grandfather would enjoy. And last, but not certainly least, there will probably be at least 10-20 pirate based naval games that will come out for your online swashbuckling enjoyment!