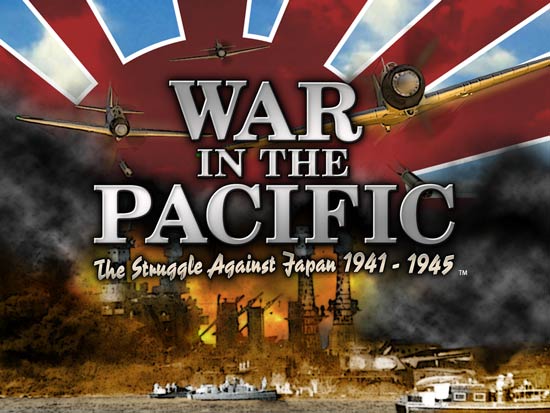 About a year and a half ago we had a review of a Gary Grigsby title called Uncommon Valor. This was one of those titles that sailed in under the radar and took many gamers by surprise. Many of my fellow simulation enthusiasts picked up this title. I held out for a short time before finally picking up this game, which patterned itself after the conflict in the South Pacific. Considered one of the better wargames of 2002, it became a cult hit with many gamers.

In late 2003 Grigsby followed up his hit with a sequel to the original called War in the Pacific. WitP, as most people call it, expanded upon the original title and transformed it to the entire Pacific and Asian theatre. To call this project ambitious is an understatement. The original game was considered a grognards dream; the big fear with WitP was that it would overwhelm the gamer with too much info and too much material.

Gary is a master of these kinds of games. Fans of the old Talonsoft games will remember Battle of Britain and Bombing the Reich, both games that bear the Gary Grigsby signature. Both of these games were well known for giving the purchaser more than their money’s worth as far as full gameplay. In fact Bombing the Reich was a little too big, creating a game that potentially could take a year or longer to complete. War in the Pacific is a similar title with potentially a similar problem.

Matrix Games is the publisher of War in the Pacific. For those who are unfamiliar with the company Matrix Games, like Battlefront and HPS, is one of the new, relatively small wargaming and increasingly simulation houses that specialize in games that you normally wouldn’t see on the shelves of Best Buy or Wal-Mart. Matrix has published games in box format (I picked up Uncommon Valor at the local PX) but lately they have gone the route of the digital download, spurning the extra cost of placing a box on the shelf. Not all of their games will be available this way but it probably will remain an option for most players

This is good for saving money but I am not sure that the lack of exposure hasn’t hurt games like War in the Pacific. This is a niche product for sure but Uncommon Valor was bought by me based upon reputation and visual reinforcement. Without seeing the box in the PX, I probably wouldn’t have purchased the game. Without purchasing UV, I probably wouldn’t be writing this review now. Box placement is definitely a two way street.