Sound is adequate if not inspiring. You get background music which is interesting for the first 20 minutes or so, and does change around, but after a while you will turn it off and play something else in the background. I have had some sound problems with some of the versions of the game; either I get explosion sounds that come out louder than they are set for in the setup menu or I get sounds that are not corresponding to the action seen on the screen. The patches have helped some with this but I still get the occasional louder than normal explosion sound. Most of the sounds heard in WitP are the same ones heard in Uncommon Valor and some date all the way back to Bombing the Reich.

How does the game play

As I said earlier, this is not a game for the newbie gamer to get into. There are a lot of things to learn with the game and the game is incredibly complex and involved. This is not a game for the easily bored person. Each move in the full campaign can take at least 15-20 minutes just to set up, longer in the first move. Depending on the speed of your machine, the action phase can last another 10 to 25 minutes.

What this means is you will not complete a full campaign in one weekend. Under normal settings, with a person taking one turn = one day, you may get on average seven turns in one day. You may get more one day than another, but using this formula it would take a normal person approximately five to six months to complete the full campaign. That is pretty hopeful though. I have gotten to July of 1942 twice now, the first time I stopped and started over again when a major patch came out. The developers are claiming a restart may be in order for the 1.5 patch that may come out sometime in the future. I may just shuck it until then though; I really want to see how far I can get.

You do get a lot of different scenarios in the game. Besides the full blown War in the Pacific Campaign which simulates the entire conflict from Dec. 7th to the end of the war (whenever that occurs), you can have time frames starting later in 1943, 43 and 44. In addition there are starter and training scenarios consisting of areas like the Marianas and the South Pacific. For anyone coming into the game, UV vet or not, I highly recommend starting with some of the smaller scenarios before getting into the larger campaigns. The learning curve pretty much demands it. 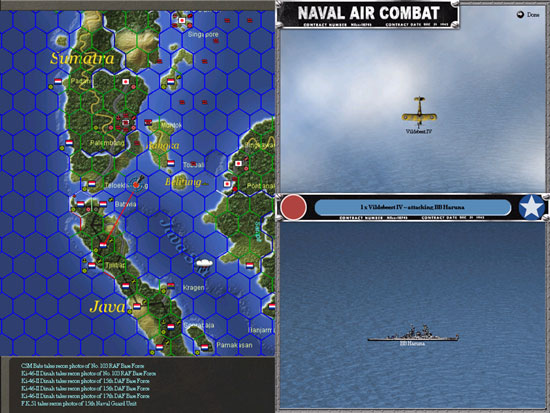 War in the Pacific Page 7