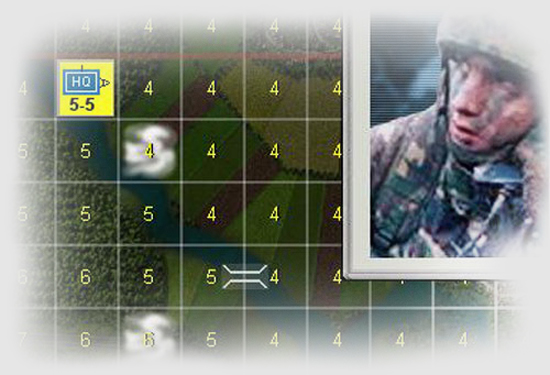 Flashpoint Germany. The name itself evokes an image of Soviet tanks rushing through the Fulda Gap while allied troops fight desperately in a bid to buy time for NATO reinforcements to arrive from the US. 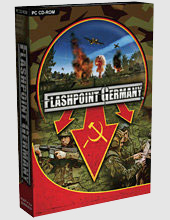 This review is about Flashpoint Germany, a relatively new title published by Matrix Games. Here’s the marketing blurb from Matrix:

“Flashpoint Germany™ brings you back to the height of the Cold War, before the collapse of the Soviet Union. Massive armies of incredible power face off across the West German border. Your companies and platoons maneuver on realistic maps of the Germany countryside in 2 Tutorials and 17 Scenarios. Build your own scenarios, play against the AI opponent or against another player via TCP/IP or PBEM.

So, that’s the ‘party line’ — but what’s it really like? Well, it does exactly what is says on the box — let’s look inside.

First, the basics: the game retails at $44.99 for digital download plus physical shipment, or $34.99 for download only. I can’t see any reason to go for the more expensive option unless you don’t have broadband or a CD writer, then you’ll want the physical copy. Otherwise I’d go with the cheaper download-only option — you can burn the installation file to a blank CD yourself, and start playing within minutes!

Note: there have also been three patches, weighing in at 101MB between them, so you’ll probably need to use a broadband connection to get these — you have been warned!

This review was conducted on two separate systems: the first boasts a 2.6 Ghz Celeron CPU, 1024 MB DDR PC2700 RAM, an ATI X800 Pro, a Logitech wireless keyboard and mouse, and standard PC speakers; the second is a “work” laptop with a 1.8 Ghz Celeron CPU, 512 MB RAM (don’t ask me what type but I can assure you that it’s not that fast at the best of times, and I’m almost certain yours will be better — it certainly can’t be any worse!) and a SiS 650 graphics card — hardly the killer system a lot of our readers will own. Yet on both these systems the game runs flawlessly — so as far as system specs go, Half Life 2 it isn’t!