This is our first “Got Game?” Review.
If you’re not familiar with “Got Game?”, read here. 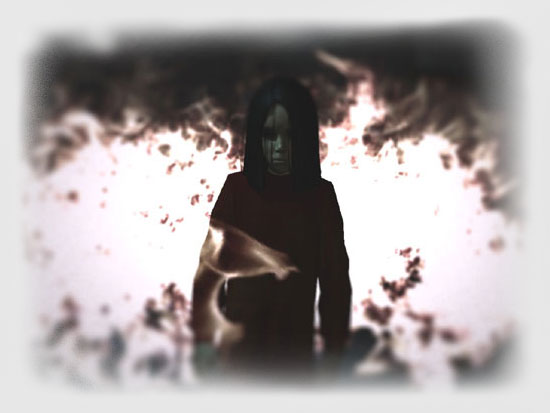 I’m quite excited this winter. There are so many games that are either already in the stores or coming. For us that play shooters there are three greatly anticipated titles out now and I’ve played two out of three and so far I think that F.E.A.R. is the better one over Call of Duty 2 mainly because I personally think that the WW2-theme has been done so many times since EA’s Medal of Honor: Allied Assault that at times I feel that the game industry haven’t reinvented the WW2-theme that much since MoH:AA. The original Call of Duty was a little different though, but not much, and Call of Duty 2 is basically the same game as the original but with new graphics, but it is still a nice game to experience despite a few flaws. I haven’t played Quake 4 because it doesn’t seem very innovative for that steep price, so I’ll skip that one until the price drops.

F.E.A.R. is Monoliths latest title, with previous titles such as the No One Lives Forever-series and Aliens Versus Predator 2 behind them they are a developer with quite a good reputation among gamers. F.E.A.R. puts you in the role as the anonymous “new guy” which just transferred to the very secretive unit, First Encounter Assault Recon. F.E.A.R. is a branch of the US Army that responds to threats of paranormal nature. Not much is known about you, other then you have some special abilities, “you have the reflexes of a cat on an adrenaline rush” the manual says which for us gamers translates into slow-motion (courtesy of the Max Payne games) which is one of the factors that makes combat interesting in this game. Monolith has produced a paranormal first person shooter with emphasis on cinematic Matrix-style action with a little X-Files and The Ring influences. Although the game has some plot holes, it’s not in every game we encounter strange psychic sightings and combat elite soldiers in slow motion and hand-to-hand combat.

We Europeans have taken the technological quantum leap to DVD as F.E.A.R. comes (at least in Sweden) on a single DVD packed with bonus content, a documentary, developers commentary, a prequel live action movie and a prequel to the PANICS machinima-series. Our American friends get the game on six CD’s. If you want the DVD you have to pay some extra money to get the directors edition. The bonus content is all right, gives you an insight of the making of the game with interviews and some trivia, the CD version costs $39.99, and for $49.99 you get the DVD edition on Amazon.com. In the end having the game on DVD is a lot easier then six CD’s. Neither of the bonus content is in full screen, and you don’t have the option to pause, rewind and forward. The installation was smooth and without problems, installing from one disc is a lot easier then installing from six discs. I also elected not to install the latest patch as if writing, 1.02, instead I’m going retail because I had some strange bugs in game with 1.02 (will come to that later). Not only had I bugs, but if I wanted to uninstall the game (I wanted to try a complete reinstall and see if that fixed the bugs) the installer wanted to install the patch instead. I had to manually remove the game folder and then search the registry after anything that was related to the game before installing once again. A thing to note about the uninstallation problems is that I had similar problems with Falcon 4 Allied Force, so that part might just be my computer.

What I like about games by Monolith is all the options and settings you can fool around with so you can tweak the game to match your computer because F.E.A.R. is quite a demanding game on your hardware.