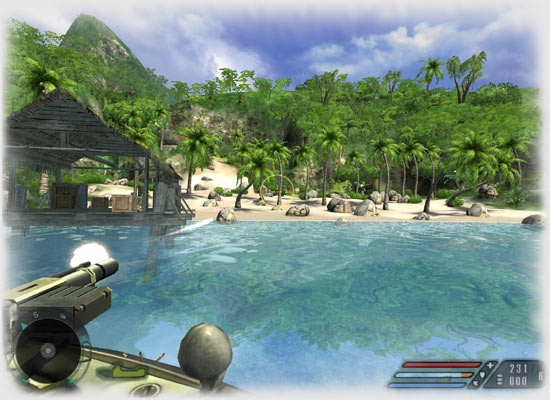 In March 2004 the German developer Crytek released Far Cry, their first game, and it turned out pretty good. At the time I did not pay too much attention to it, I figured that my current rig at that time, an insanely fast Intel 1.7GHz, 512 MB RAM and a Geforce 256 Pro graphics card with 32 MB RAM, would be pushed to its limits, so I waited until December of that year until I laid my dirty hands on it. It’s still a demanding game even though it’s nearing its two year birthday in March 2006. It’s also an interesting shooter with its big open-ended islands of mountains, jungles and nice sandy beaches. But all the nice vacation stops there as you will be battling through battle hardened mercenaries and mutants. It’s almost a gung-ho Jurassic Park-experience, but without screaming children.

Far Cry was, and still is, a very graphical stunning game, its set in a cluster of Pacific islands where our hero, Jack Carver, a former Special Forces operative is stranded. He was hired by an American journalist, Valerie Constantine, to take her to these mysterious islands and now he needs to find her and escape the islands after their sailboat was destroyed by mercenaries. 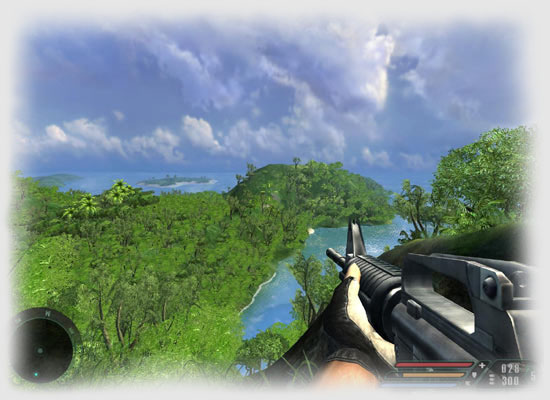